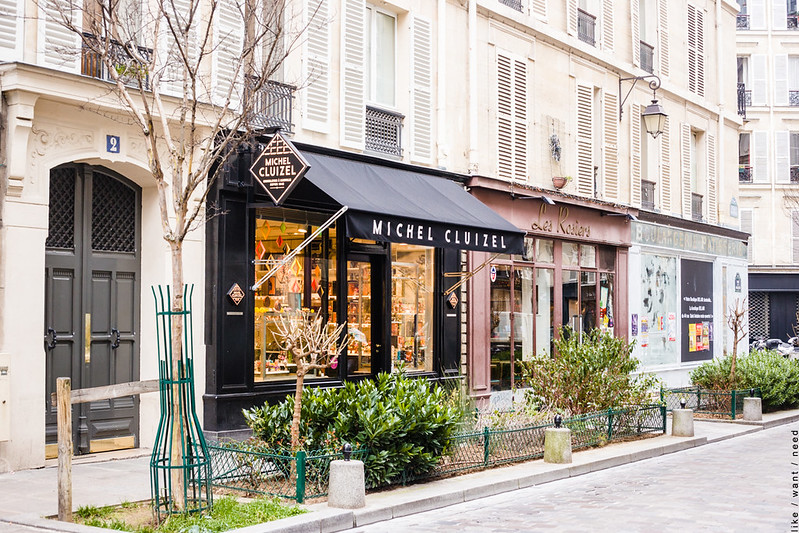 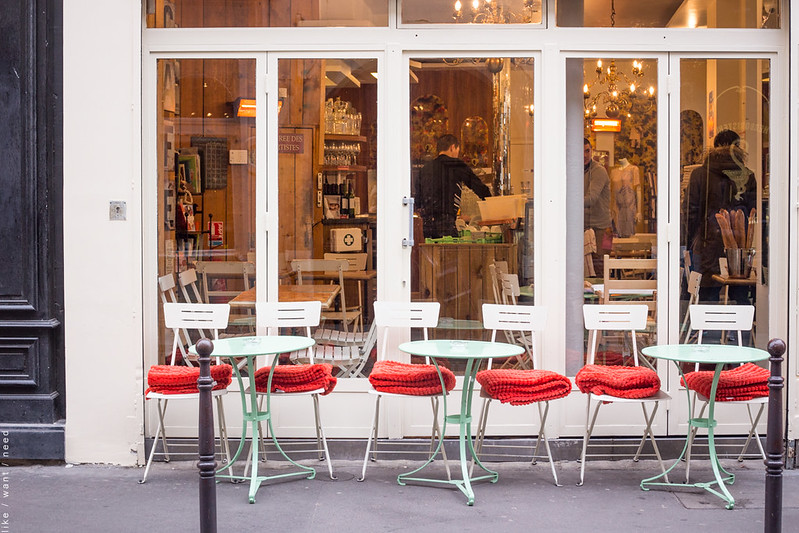 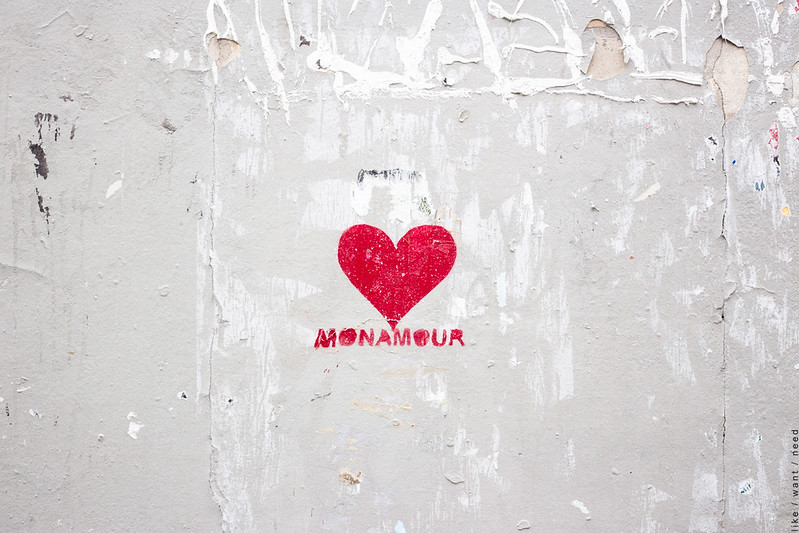 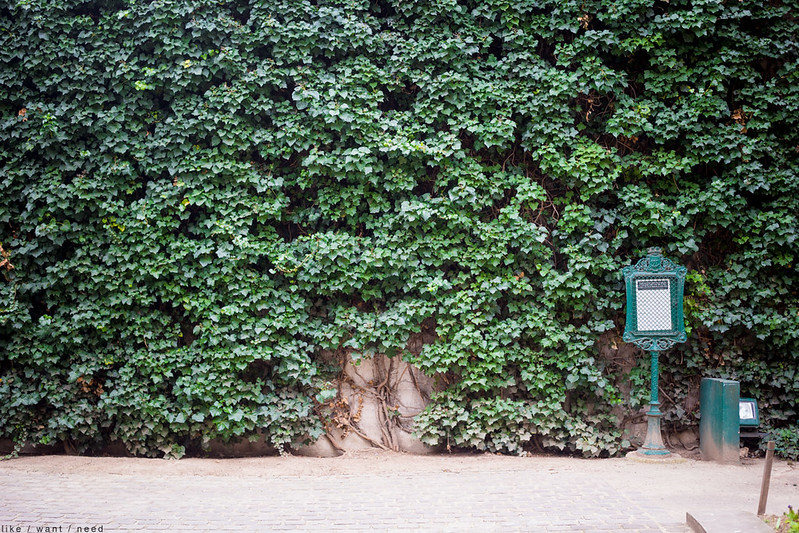 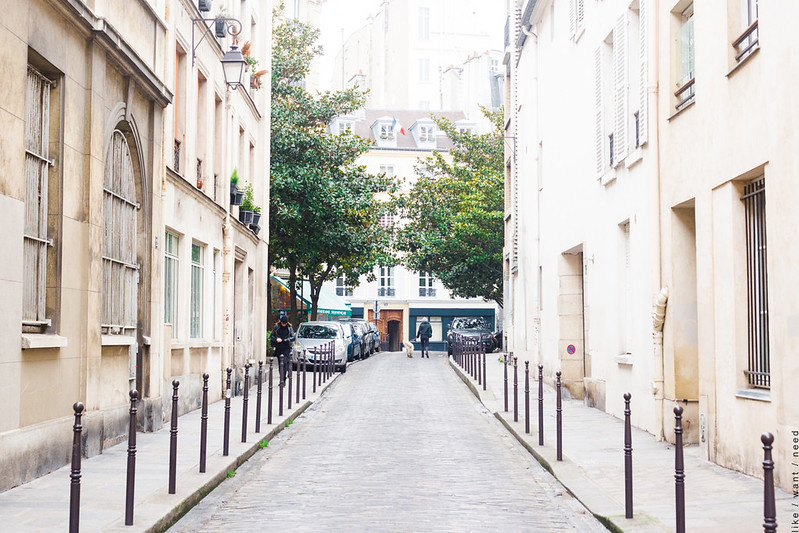 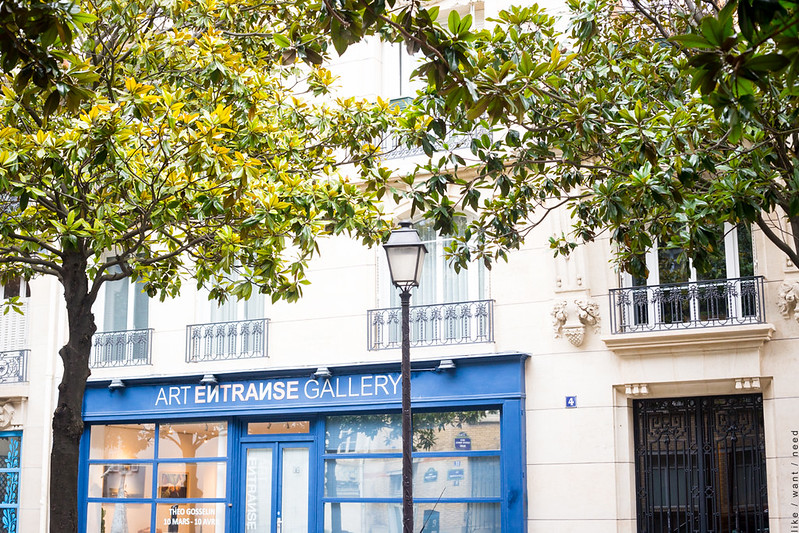 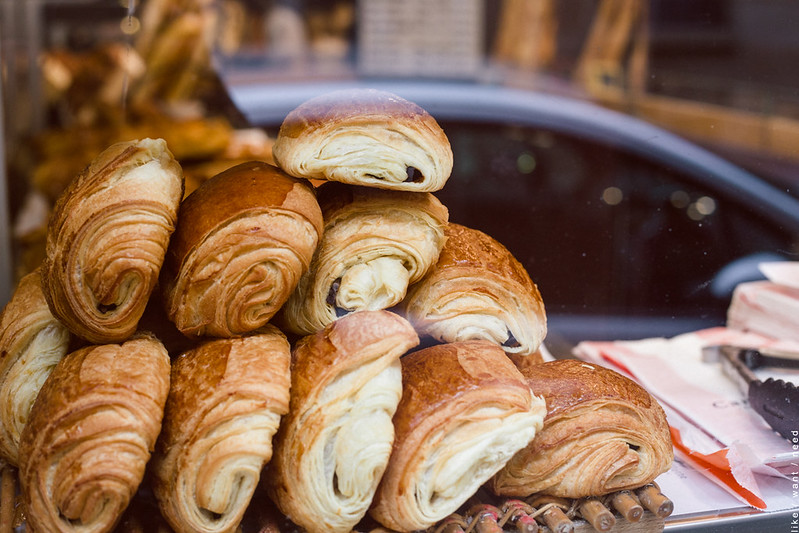 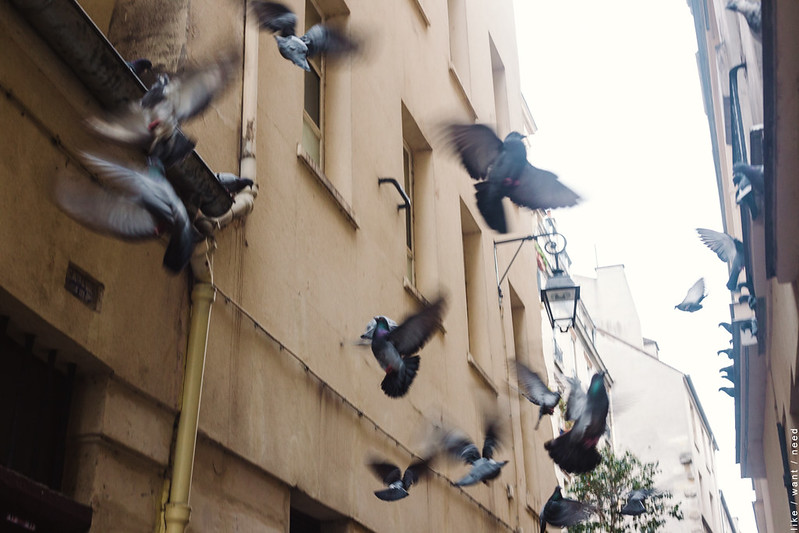 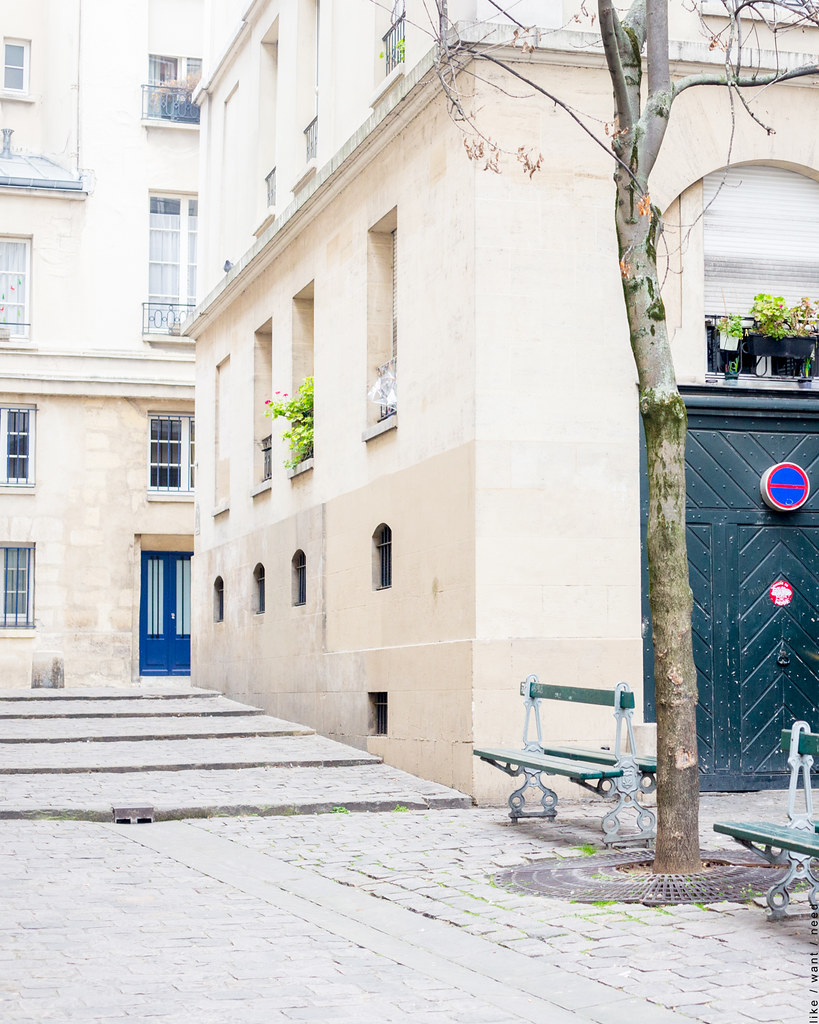 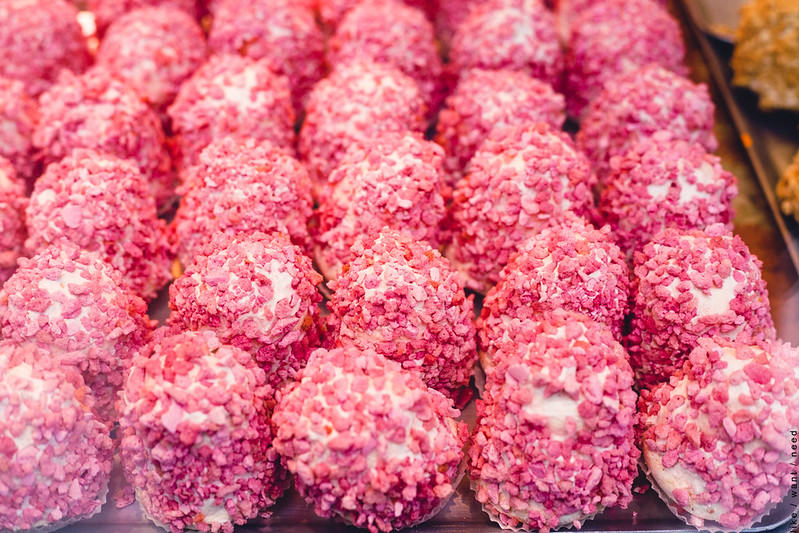 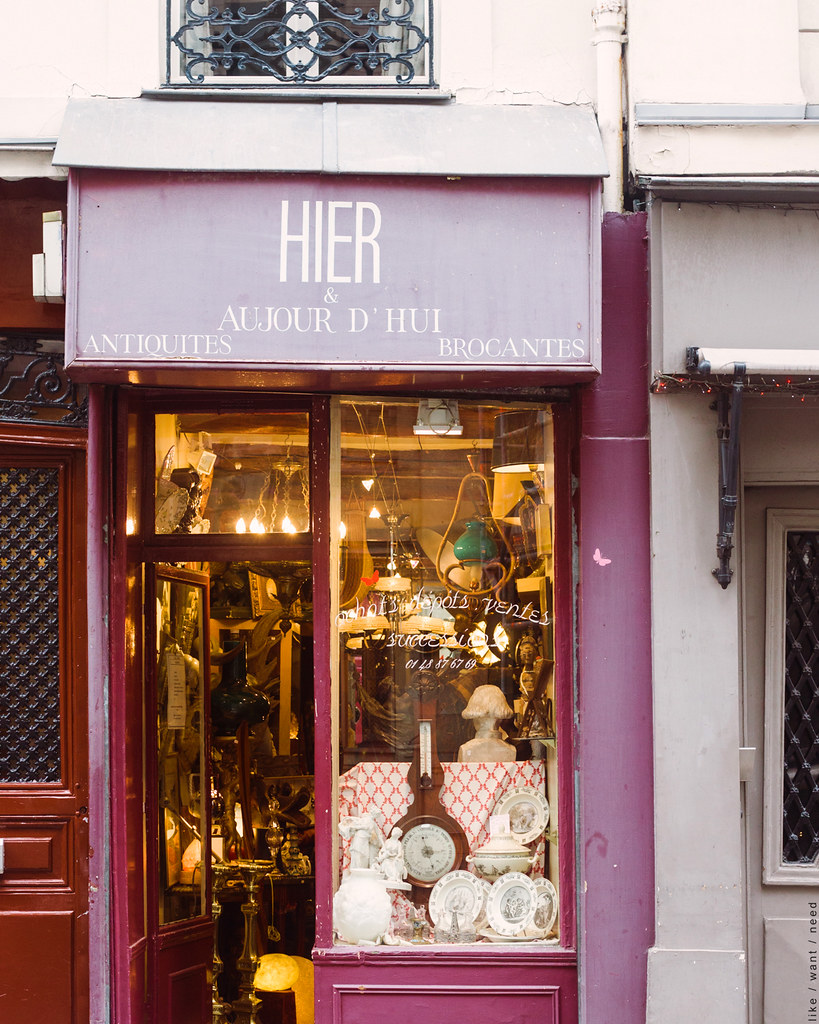 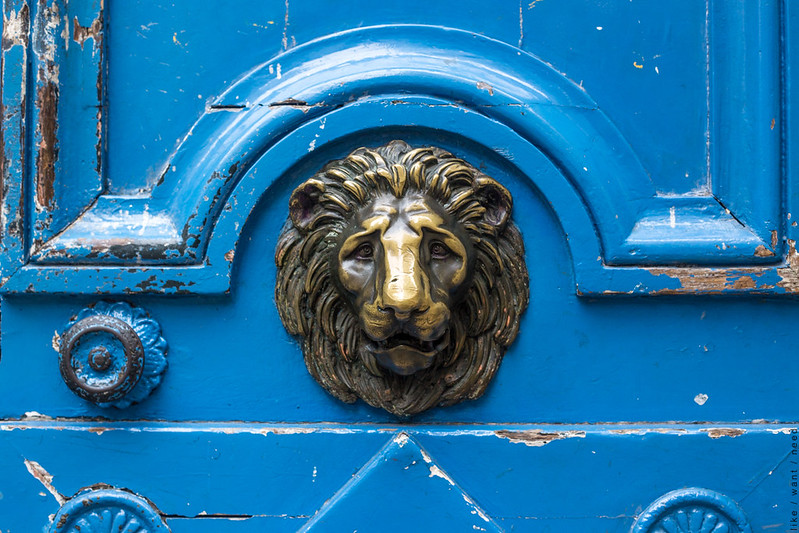 It’s not that I don’t like Le Marais, but it isn’t a neighborhood I’ve spent a lot of time in, so I’m not overly familiar. I like that it feels different from the rest of the city; there are fewer grand Haussmann buildings here, and the streets feel older, more historic and medieval. But if I’m being honest, I never feel a pull towards the 3eme the way I do with other neighborhoods. Our macaron making class was held at La Cuisine Paris, right along the Quai de l’Hôtel de Ville, so it made sense for us to spend the morning and early afternoon in the quartrier. My mom was disappointed that in the 16 years since her last visit, the last remaining vestiges of what was once the true “Jewish quarter” have all but disappeared, save for a few bakeries and falafel shops along Rue des Rosiers. Doors with ancient mezuzahs still affixed to the door frame, or stars of David carved over the entry had long ago been turned into clothing stores. We had falafel for lunch and strolled through the Place des Vosges, fighting off the bitter cold of this particular day.

The macaron class itself was the highlight of the day, though. All of the classes at La Cuisine Paris are taught in English, and ours was led by a French pastry chef (Romain, a total dreamboat) who had worked at both Ladurée and Pierre Hermé. There were only eight of us in the class, which made instructions easier to follow and everything more hands-on, and the two hours flew by in a whirlwind of boiling sugar, powdered food coloring, and my inability to remember directions clearly resulting in one giant macaron shell on my silpat (two inches apart, merde!). Having survived the course (with edible results!), I can safely say there is a reason macarons are so expensive; that is not an undertaking for the timid, unskilled, or impatient. Mon dieu. Don’t let me deter you, though! It was such a fun experience and I want to do it all over again with Jamal the next time we go, because I know he’ll excel at it. And ladies, if there is anything sexier than your man making macarons for you in Paris, I don’t know what it is.

Oh! Did you know the French created a verb specifically to describe the function of folding the meringue/boiling sugar/food coloring mixture into the almond flour? It’s macaronage, and it’s one more reason I love the French language, even if my own macaronage skills could use more work (my wrists get all floppy the moment I hold a spatula, likely from fear).