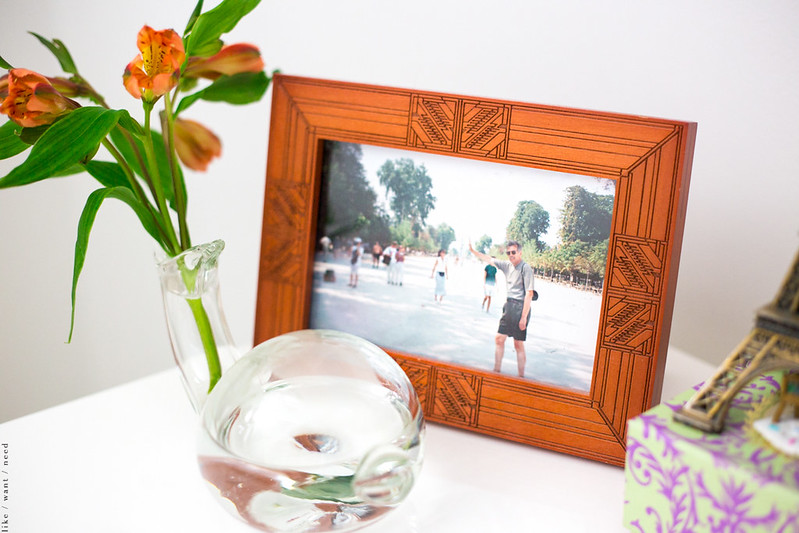 I had a dream a few days ago, where I was walking with a group of people I didn’t recognize, on a street that looked similar to the windy, cobbled street along the northern side of the Arno in Florence, when through the crowd I saw my dad approaching, only he looked different –shorter, with wider eyes and different glasses. He was wearing a navy blue peacoat with some sort of crest on the lapel. I pushed through the group and ran towards him yelling, “Daddy! Daddy!”

In the morning I felt, briefly –before the sadness came rushing in– that I had gotten to see him, and it felt so good after so long without him. This happens every so often, and always in the dream I think, “Oh, there you are! I’d wondered where you’d gone!”

My dad died nine years ago today, and it seems as impossible to have been this long as it did last year, and the year before, and every year before it, up to the day it happened. How can a literal half of your entire world disappear? I still don’t understand it, and while some days I’m fine and happy and functioning, and the realization that I lost him is in the background like a dull headache, there are more days than not where it feels like the grief is going to strangle the life out of me, that I’m just going through the motions because it would break his heart if I don’t.

He would tell me to stop being so dramatic, smooth out his mustache and place the palm of his hand at the top of my head. And then he’d probably offer to buy me a lip gloss to cheer me up.

I don’t know when Paris became synonymous with my dad for me, but I can’t untangle the two now. At some point, being in Paris, thinking about Paris, reading about Paris, writing about Paris, became a way of feeling close to him. The more obsessed I grew (grow) with that city, I somehow feel like I’m holding on more strongly to his memory. I don’t have any of the heartbreaking associations of him in Paris that I do here in Philadelphia; I can’t look up at his old apartment window when I walk back from Trader Joe’s without crying, and almost every corner in the city holds a “My dad and I…” connection. The museum, Fairmount Park, his many office buildings, seeing his old car, randomly meeting an old friend of his in French class last year. In Paris, I can picture him how he might have been if we’d gone together, how he’d looked when he went, sitting with his legs crossed at an outdoor café table, nursing an espresso with a sketchbook and a small paint set on the table next to him. There aren’t streets in Paris I avoid because it’s where a certain hospital is. The ease and rightness I feel there has a lot to do with how detached it is from the specific reality of my dad not being here anymore.

So I booked a flight to Paris this morning. I’ve been eyeing flights for weeks, watching the prices dip and attempting to justify the spoiled sense of entitlement at taking two trips to Paris in the same year. This morning I woke up, burst into tears, and sent a quick text to Jamal (who’s traveling on his second trip in three days) that read: “Can you live without me for a week?” And then I came upstairs, made myself a mug of Mariage Frères Paris Breakfast tea, put on my dad’s favorite classical music station, and booked it. I leave the Saturday after Thanksgiving. Did I use today (my dad, my sadness) as an excuse? Probably, but I don’t think my dad would’ve cared. I think he would just be happy I’m going back to Paris.

I miss you, daddy. More than I’ll ever be able to articulate. I miss you like a phantom limb. I can’t wait to tell you all about Paris in the winter.