I’ve made no secret of my disdain for the season everyone affectionately refers to as “the best of the year,” while I instead call it “hell.” That’s right, I’m talking about you, summer. Everyone’s all, “I love the sun!” “Woohoo the beach!” and meanwhile I’m over here in the lone patch of shade in the fetal position, scratching at my 38 mosquito bites and trying not to turn into one giant greaseball. I miss winter! I miss the cold and the darkness and scarves! (Yes, I am basically a Scandinavian vampire). I’ve long relied on two things to make summer a little more bearable, though, at least in terms of my vanity: that face wash and scrub are the antidote to my dreaded summer breakouts. I use the face wash every night, and the tea tree oil really helps soak up all that extra oil. It also feels like you’re applying menthol straight to your face, so tingly and refreshing as it feels. I use that scrub once or twice a week just to slough off the inevitable layer of oil build-up. So attractive, I know. Park me in front of an air conditioner and come get me in four months.

Another summer staple? Those sandals! I ordered a pair last year to take with me to Paris and wore them into the ground. I went through two pairs last summer, and this spring ordered a new set to take with us to Italy. Without any breaking in, I walked over 10 miles in them the first day and didn’t have a single blister or moment of pain. They are heavenly. I just ordered my fourth pair to finish out the remainder of the season.

I finished “The Hotel on Place Vendôme” last night and loved it. If you’re a fan of historical non-fiction, specifically the German occupation of Paris, you should add it your Goodreads list immediately. I just started “My Paris Dream,” and so far I’m feeling ‘meh’ about it. It’s all very ‘poor little rich white girl’ who went to Choate and Princeton and runs off to Paris after graduation to “find herself” on her parent’s dime and still finds things to complain about. But, Paris.

And this weekend I completed my descent into domesticity as a Write At Home Wife and bought a steam mop. Mopping is the bane of my existence, which is why I put it off as long as possible and get by solely using Swiffer wet pads. But then I looked at the bottom of a pair of socks and was horrified, so off to Macy’s we went (armed with a coupon, of course). It’s just natural steam, and it sanitizes up to 99.9% of germs and dirt and bacteria. No chemicals, just water, and oh man did it clean my floors to a squeaky clean shine. I might be looking forward to doing it again today.

Because while it’s no secret I’m just mildly Paris obsessed, I still cannot get over how incredible Italy was. I’m dying to go back.

1. Lunchtime at the Piazza Margana: 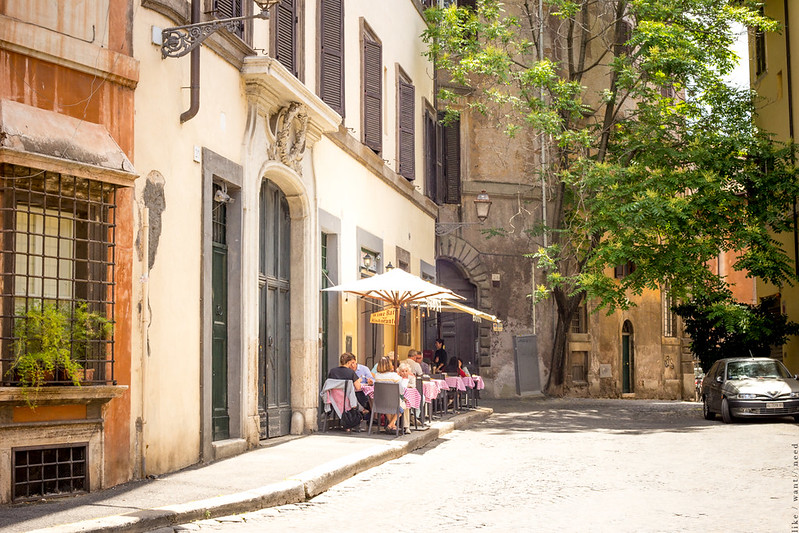 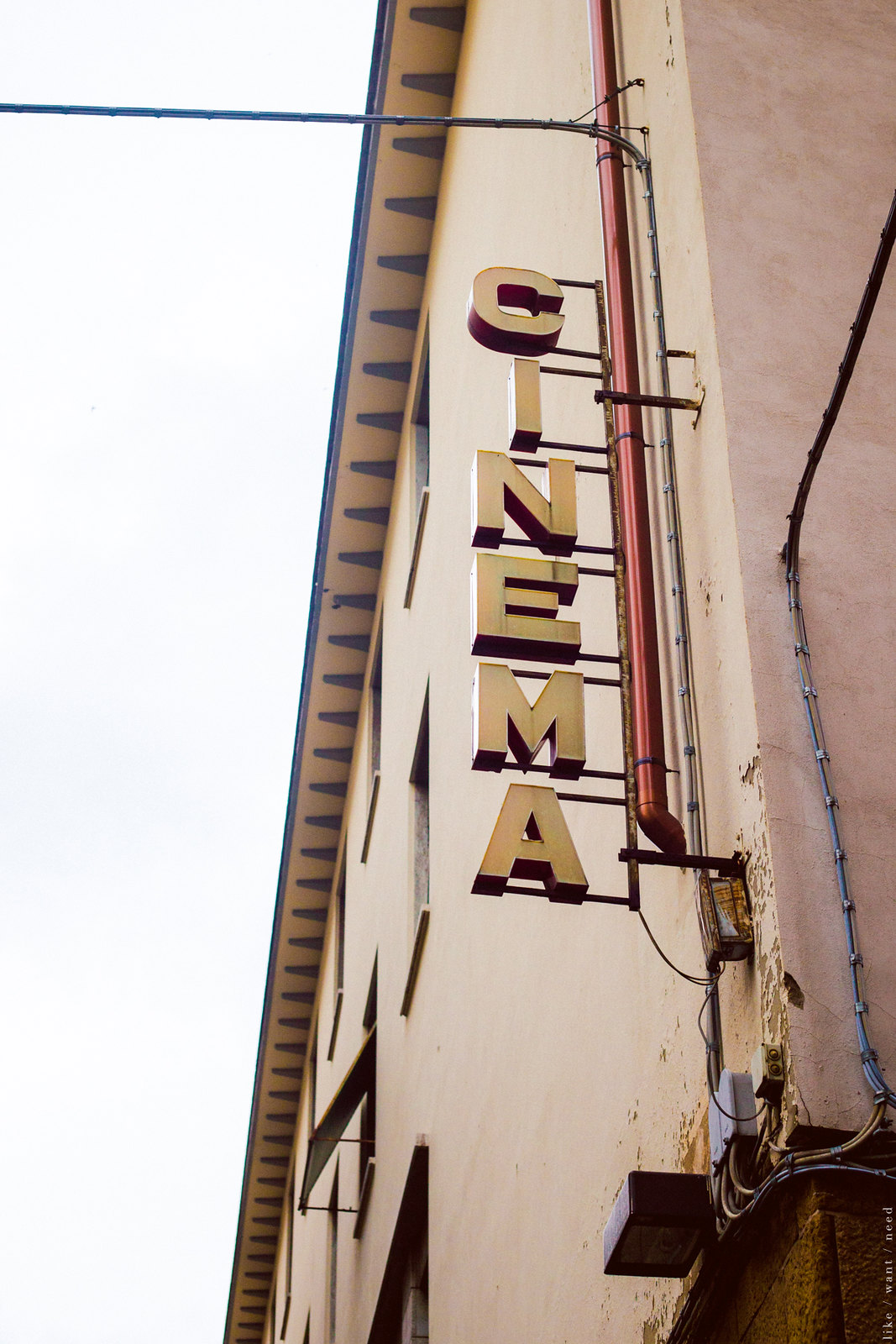 3. Morning at the Uffizi Gallery: 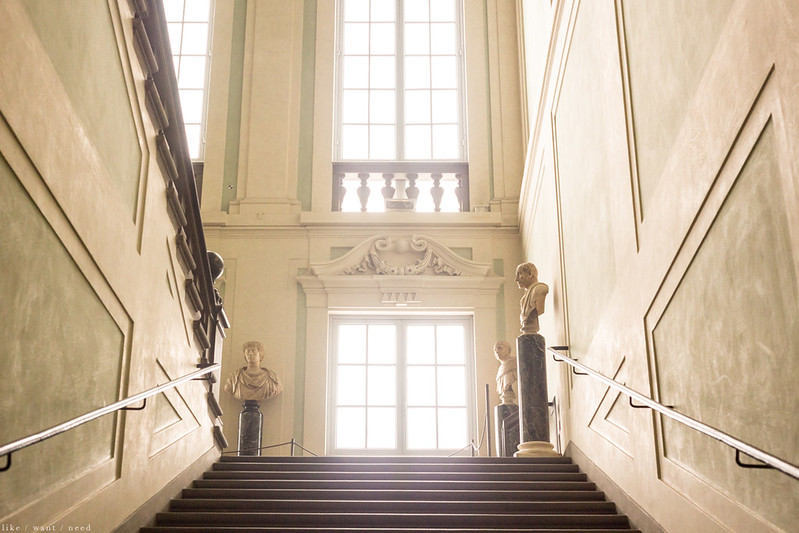 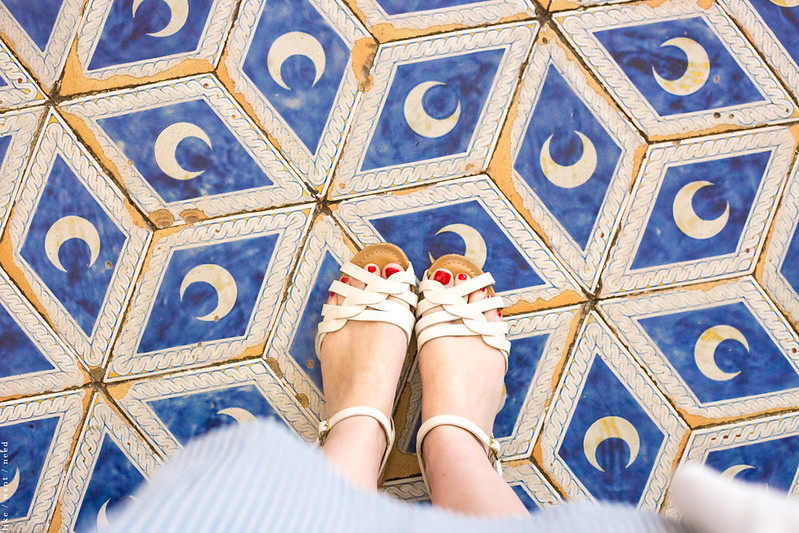 5. Blue skies on our last day in Rome: 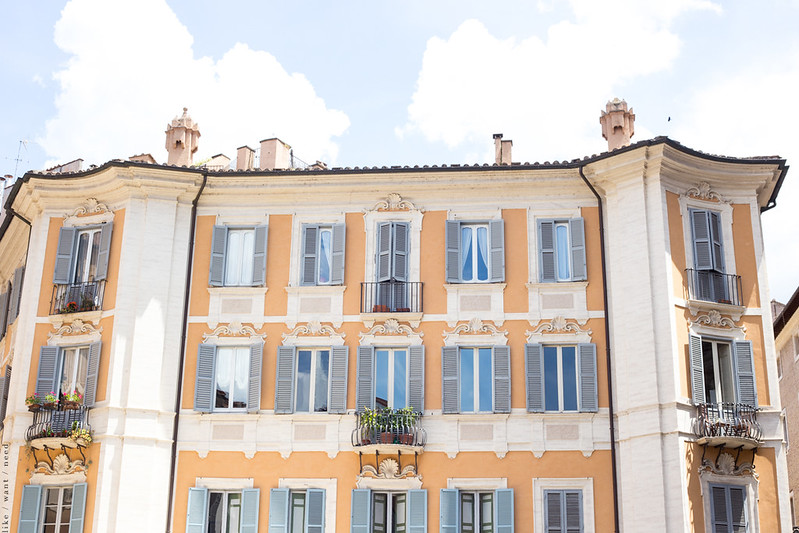 “Writing is like driving at night in the fog. You can only see as far as your headlights, but you can make the whole trip that way.”

“Planning to write is not writing. Outlining, researching, talking to people about what you’re doing, none of that is writing. Writing is writing.”

“Writing is a socially acceptable form of schizophrenia.”

I was saddened to hear of the passing of writer E.L. Doctorow yesterday; I’m desensitized to the obituaries of those not immediately close to me, but I tend to think of certain writers and celebrities as extended family, sort of inspirational, literary fairy godmothers (and godfathers), if you will. E.L. Doctorow was among them, and his work, and discussions about his work, his writing process, and the art of writing were, and are, some of the most beautiful and encouraging things I’ve ever read. “Homer and Langley” is one of my favorite books of all time. I’m selfishly sad we won’t get to read anything new of his again.

The Times wrote a beautiful obituary for him today, better than I could. E.L. Doctorow, you will be missed.

I keep a red moleskin notebook for all of my scribblings and novel ideas (literally and figuratively). It’s half-full of half-sentences or half-finished thoughts. It’s all over the place, but creatively, I have better luck physically handwriting (or rewriting) things before sitting down at my computer, so that I have a store of pages to use as a jumping-off point.

I’ve written before about my frustrating in attempting to decipher unfinished thoughts, so imagine my reaction when I discovered, while flipping back a few pages in my notebook, an entire page dedicated to a character I can’t even remember. I read and reread it, and while I like this passage, I cannot for the life of me figure out who the fuck Harry is or why I started writing about him. What role was he going to play? Was he going to be important? I have no idea!

Here, let’s see if you guys can make sense of this for me:

Auctions are spectator sports as much as they are flagrant shows of wealth, both masked by a facade of indifference. The more important bidders sent representatives or bid by phone, while the audience quietly surveyed one another under the guise of polite interest, when in truth they were speculating as to the presence of Mrs. So-and-so, quickly calculating which painting or buyer a particular person signified. Sylvie knew that the attendance of, say, someone like Harry deJong, an impressively slight wisp of a man who could be counted on for a bold ascot and who had a shrill, tinkling laughing, meant that the former –or even, perhaps, the current– First Lady had her eye on a lot in the sale. But that was only if he sat in the first few rows; if he chose a seat along the side, or nearer the back, or even more telling, seemed subdued, his interests that particular evening were more international. That was a blanket term for any buyer with oil money to spend, rich sheiks with expensive Parisian penthouses, or American diplomats with more money than taste. Harry could be seen at nearly every evening sale at both Sotheby’s and Christie’s, and his bidding pattern was so perfectly honed and subtle it was impossible to really tell what he was after. It drove the dealers at both houses crazy.

“Oh, it’s been too long,” Sylvie said to Harry, taking him lightly by the shouldrs and kissing him on both cheeks. She had to bend slightly to reach him, but for his part Harry seemed not at all embarrassed. Tonight, he wore a shocking swath of purple silk around his neck, coordinated with–

And then it just ends! Like I had a stroke mid-sentence. I can attribute my cluelessness about Harry and this passage to the fact that I took an eight month break from writing; of course my brain is a little fuzzy on the details, I haven’t touched this notebook in almost a year (I am so ashamed). Let this be a lesson, self! Writing is like any other habit. If you don’t practice, you end up confusing the shit out of yourself when you try to pick it back up. 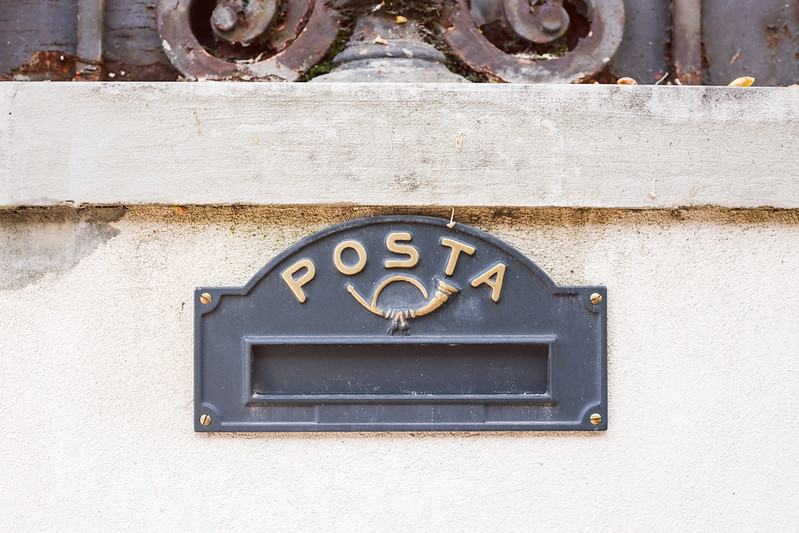 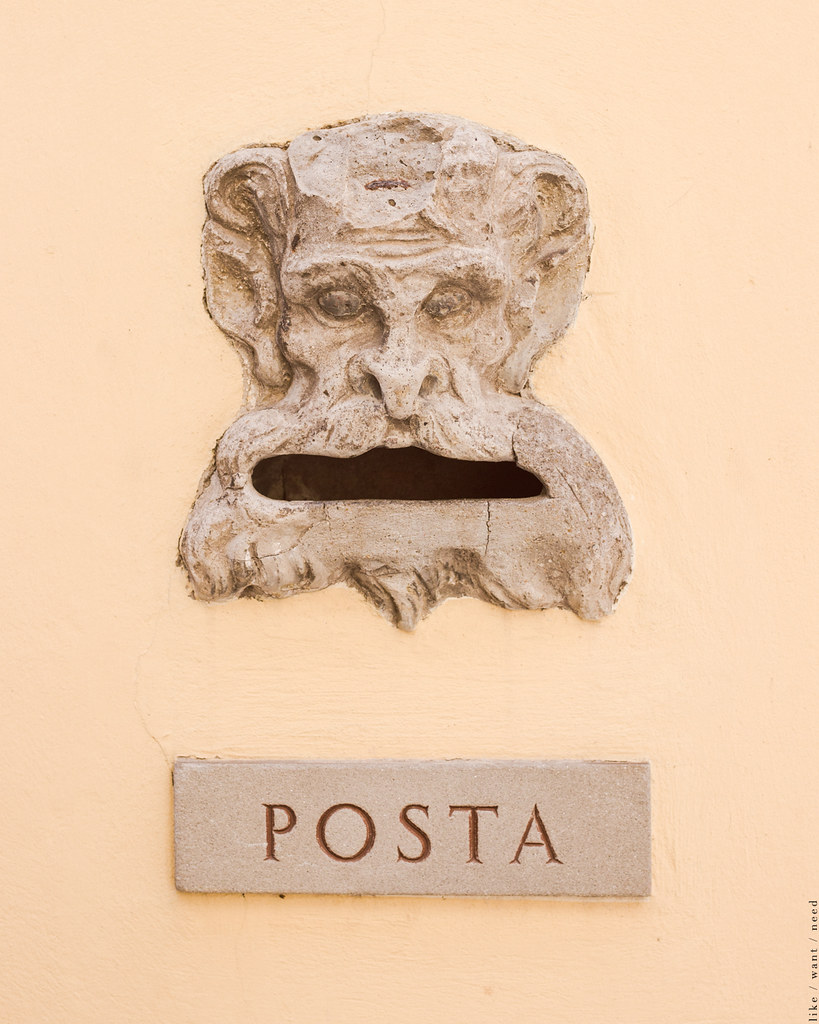 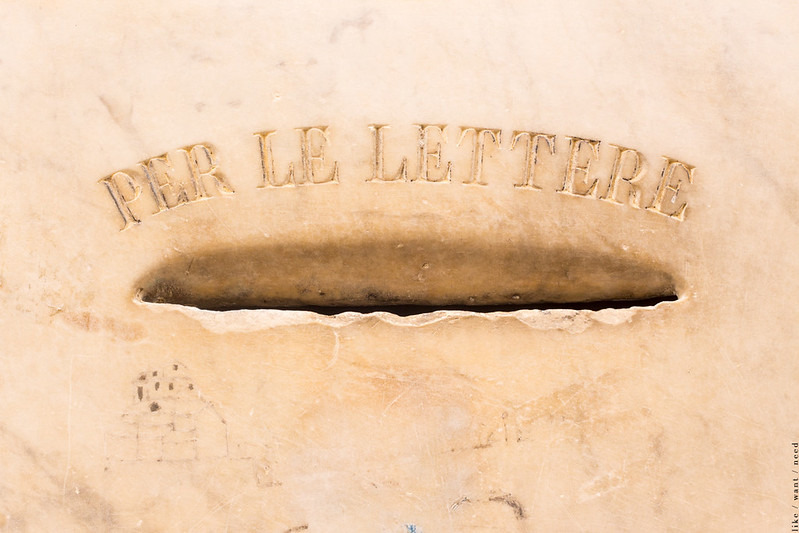 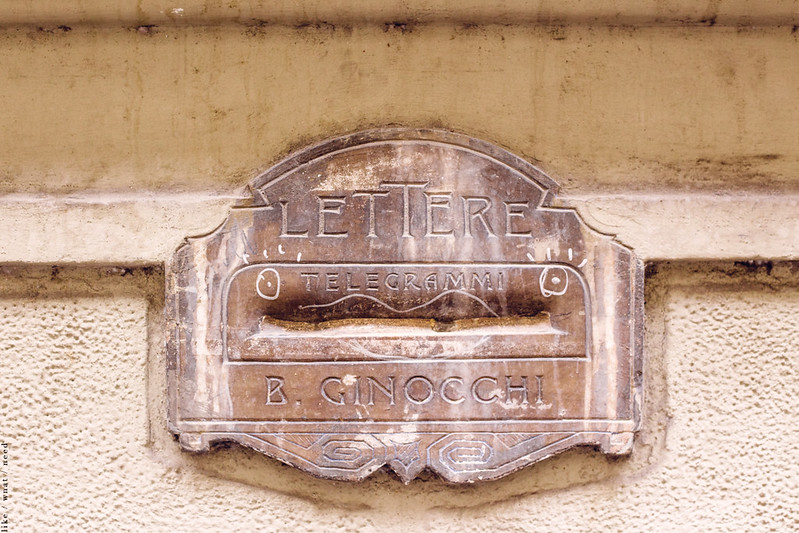 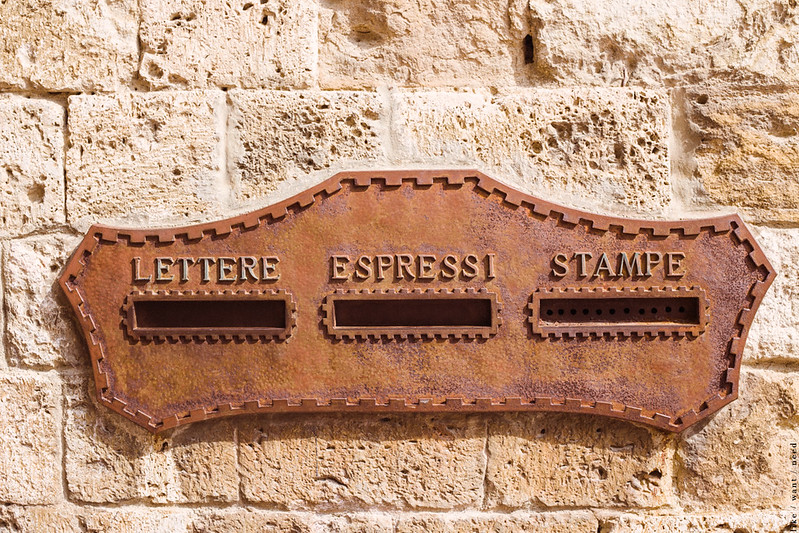 At some point in Italy, I was scrolling through the photos I’d taken and realized I had developed an unconscious fascination with mail slots and post boxes. Of all things. Photo after photo of decorative and lovely posta plaques around Rome, Florence, and Siena. I’m apparently such a diehard Europhile that even the simple act of mailing a letter is worthy of documentation (not that I actually saw anyone mailing a letter). Can you blame me? 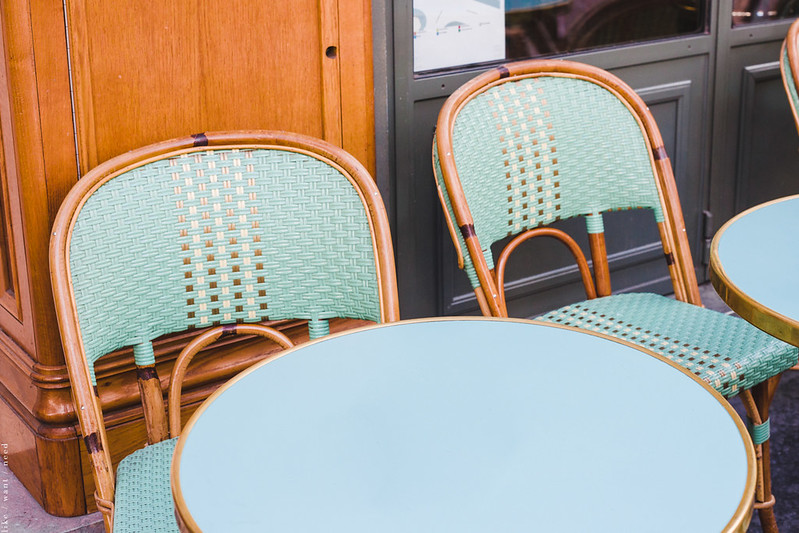 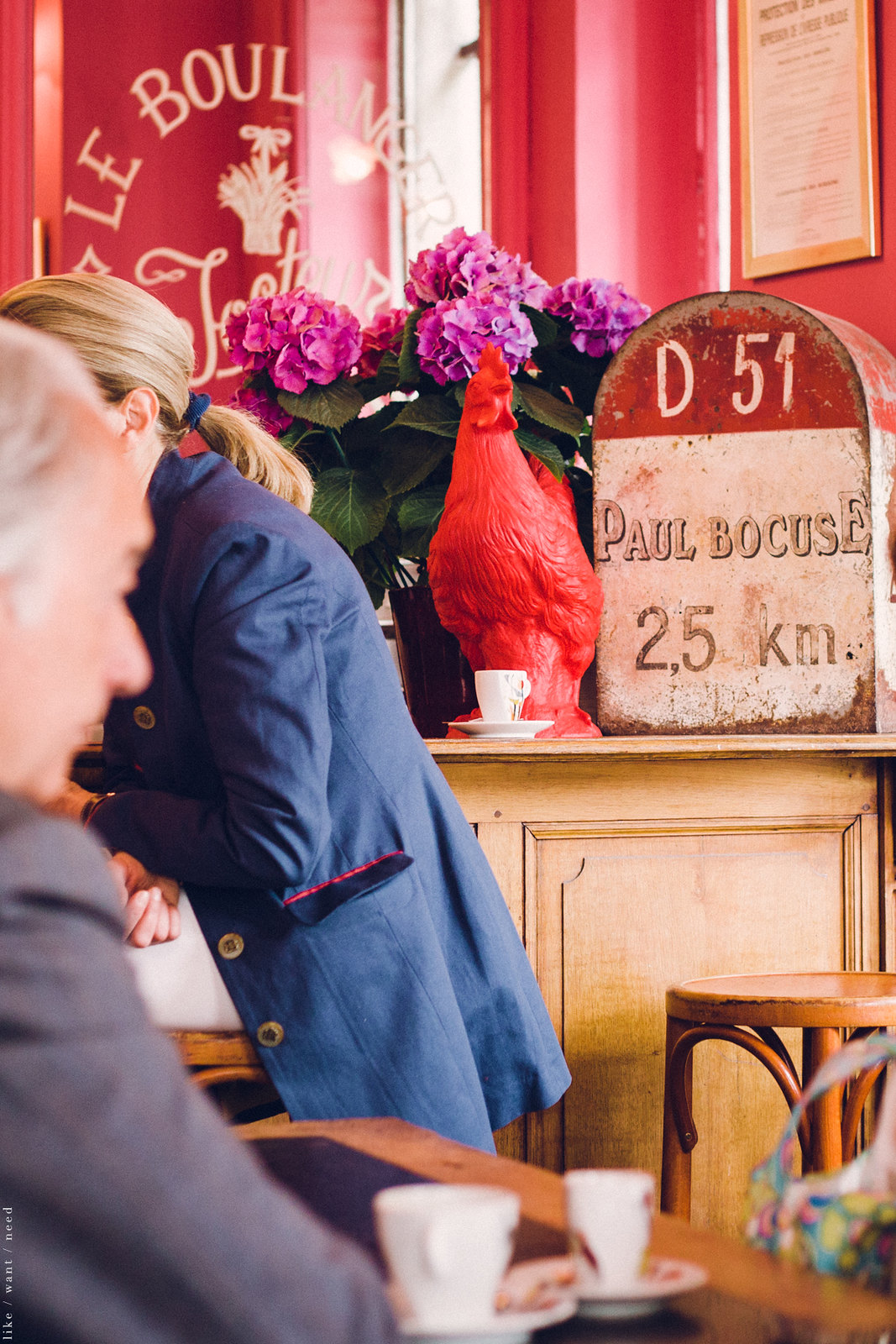 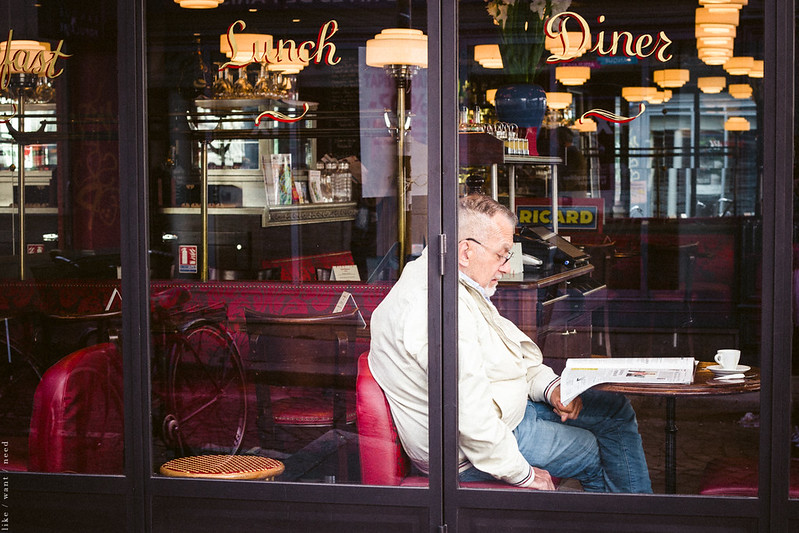 It’s morning, too early for the office commuters, the receding dawn quiet broken by the faint hiss of water from the street cleaner’s hose at the next intersection as he washes down the sidewalks. The waiters are setting out chairs, wiping their tables down, tucking the towel back into the waist of their freshly starched aprons. The regulars start appearing, like actors in a well-rehearsed play, hitting their cues and marks, shuffling out of buildings, past the sleepy concierge leaning in the doorway with her arms wrapped around her, a thick sweater keeping the morning chill at bay. Shutters unfold on the windows above the café, arms disappearing back into the drowsy warmth of bedrooms. It’s a daily symphony: the clinking of cups and saucers being stacked next to steaming espresso machines floats out of café doors, accompanied by the mechanical hum of an idling car, the rough crinkle of a heavy paper bag, overflowing with still-warm baguette, as the baker’s assistant makes his deliveries, and, distantly, the faint murmurs of two lovers on the third floor, starting their day tangled up in each other. Martin will order an espresso, hesitate over a croissant, and end up eating two, the crumbs falling into his newspaper and getting caught in the folds. Martin dans le matin, they call him. 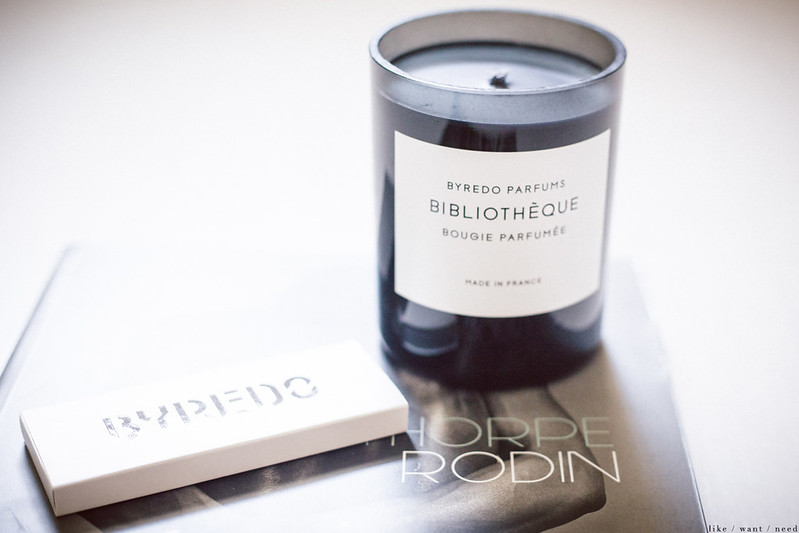 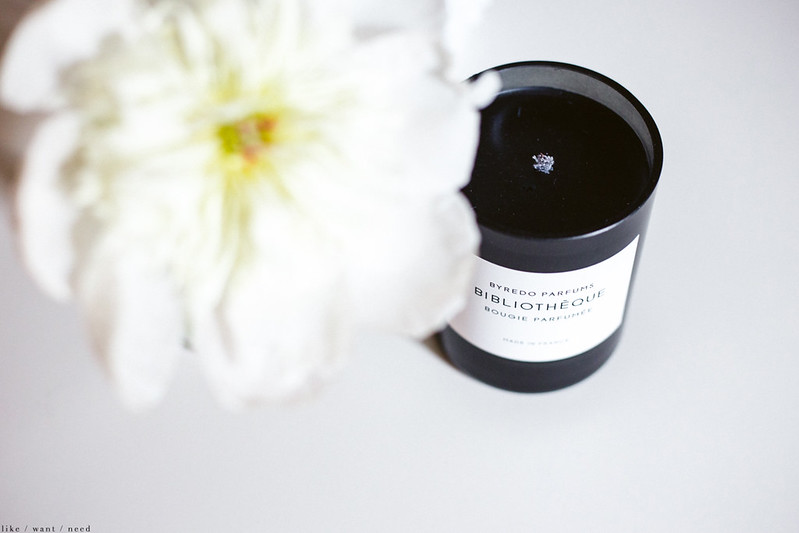 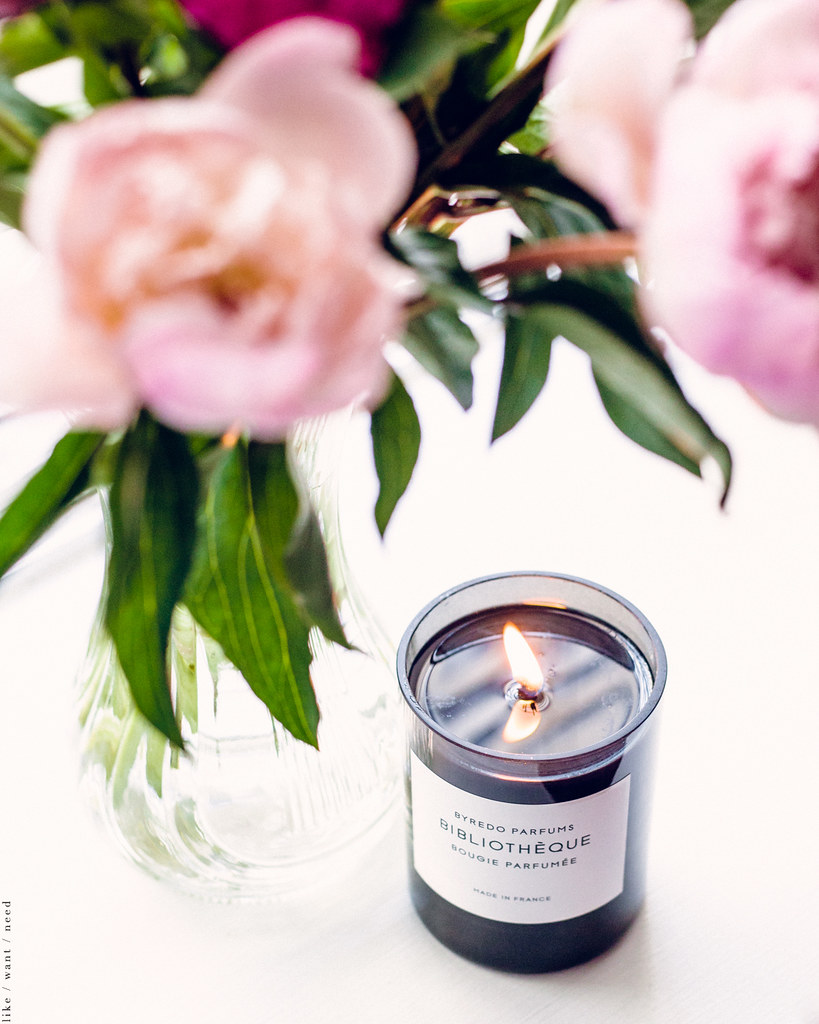 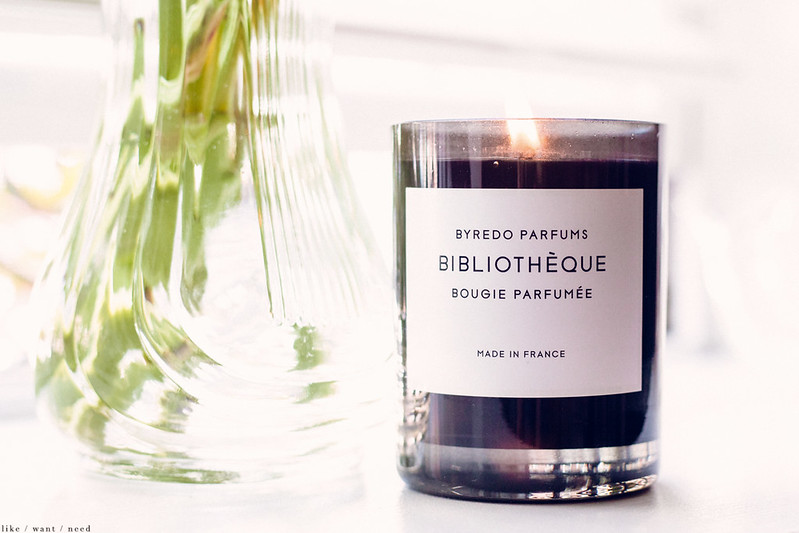 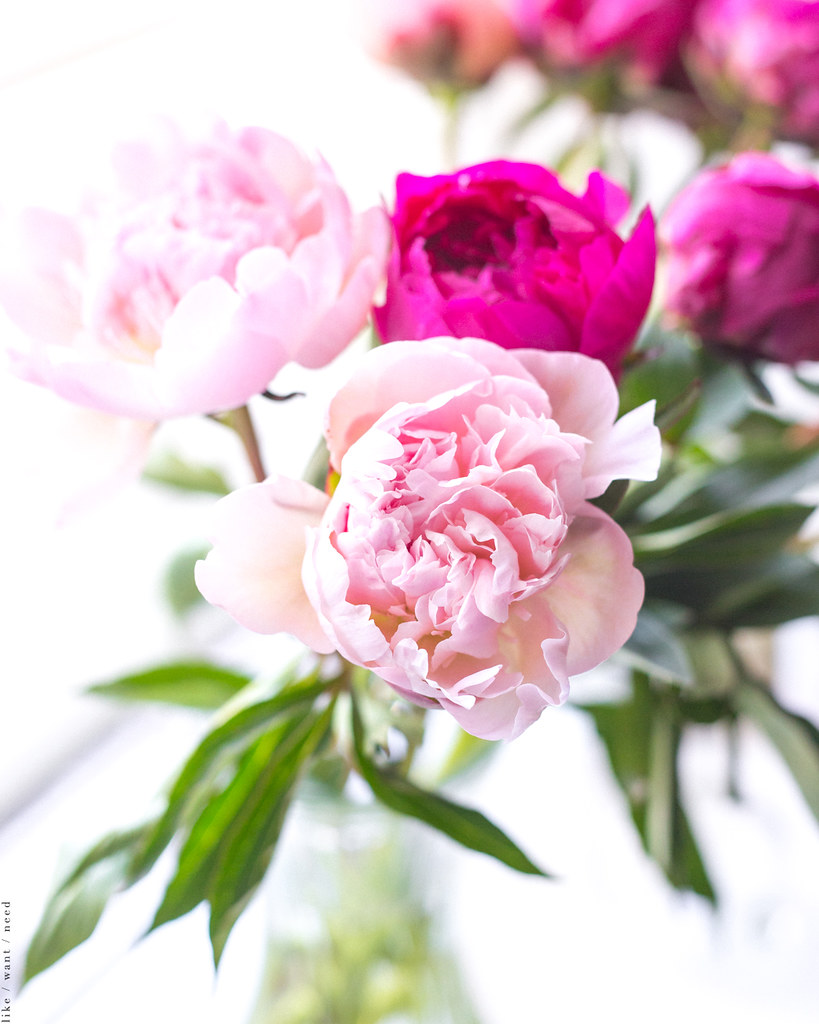 This was one of the little things I brought home with me from Paris, and I am obsessed. This candle had been on my Want List for a while, but was consistently out of stock at Barney’s. I’d never even smelled it, and I knew I had to have it just on name alone. Bibliothèque. Considering one of my favorite things is the smell of books, a candle that smells like a library–nay, a French library was obviously on my radar. But at $80 (!!), it’s a lot more expensive here than it is in Europe, even factoring in the conversion rate.

We stopped into Colette on our second day in Paris, and I made a beeline right to the candles. Success! And now, having had it at home for a while, I can confirm that the scent lives up to my expectations. It’s a delicious mix of warm plum and vanilla, and smoky leather like bound volumes. I’ve only burned out a few times so far because, surprisingly, the throw is almost as strong when not lit. It makes the living room smell incredible just sitting there on the table. And it’s pretty.