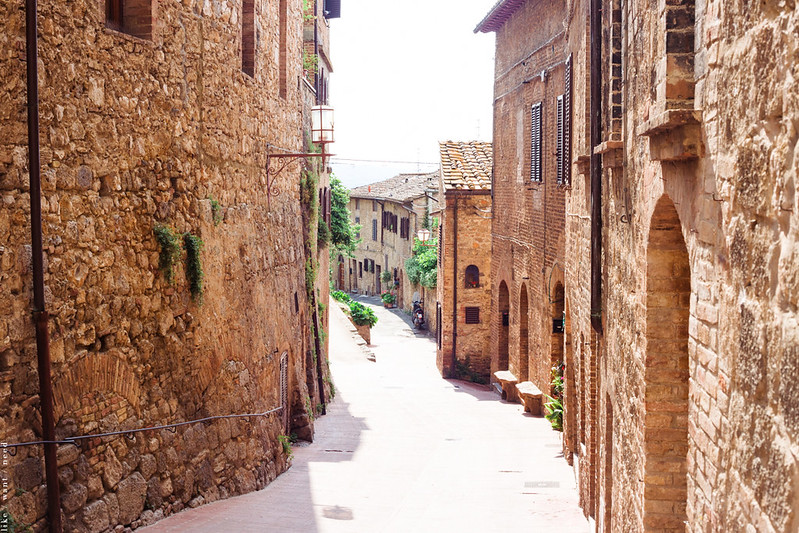 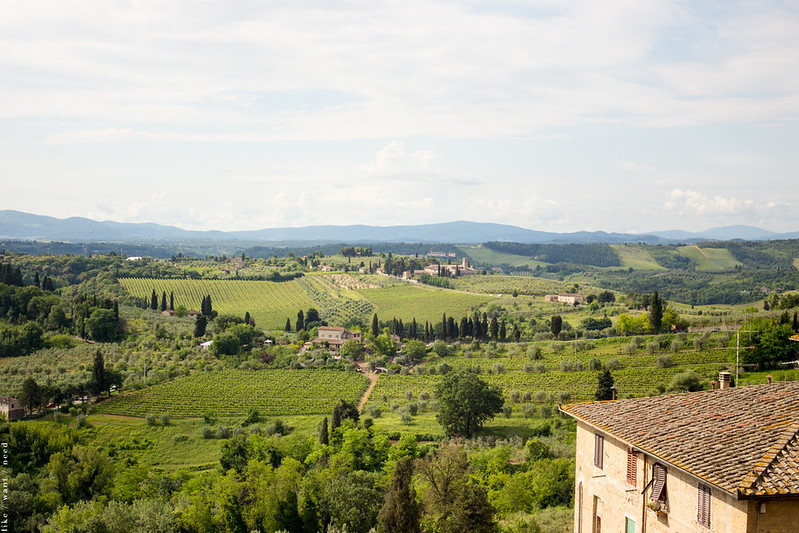 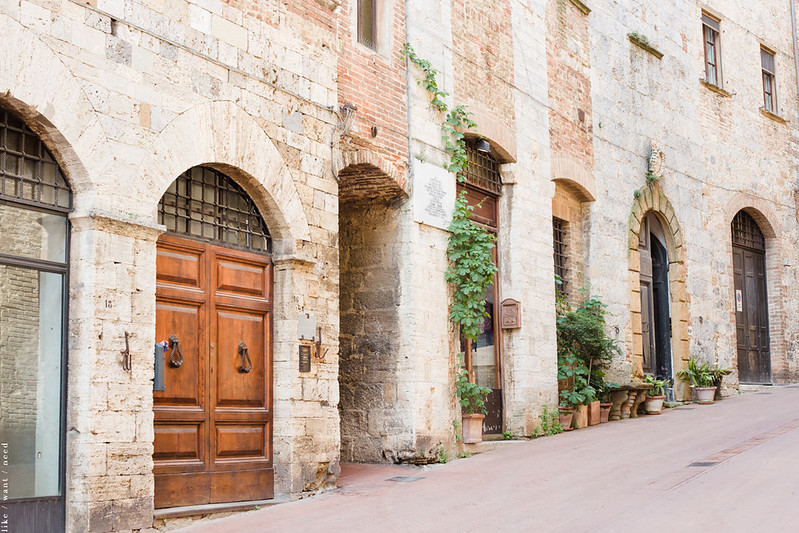 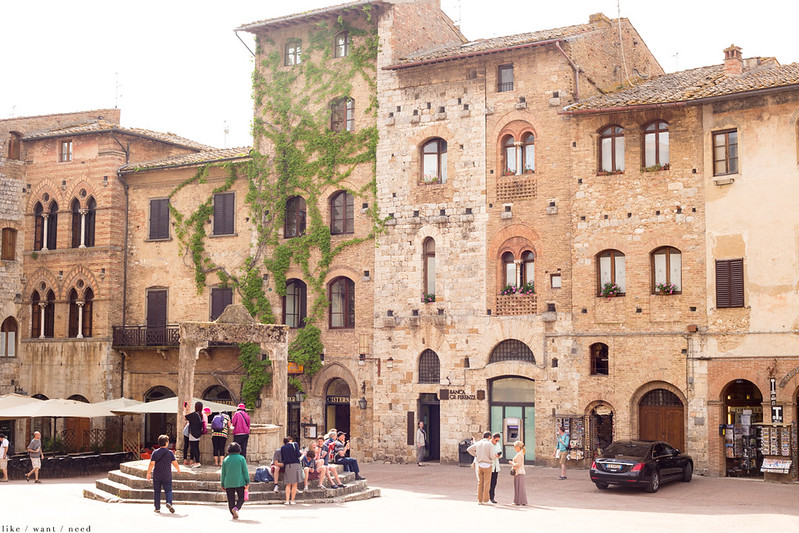 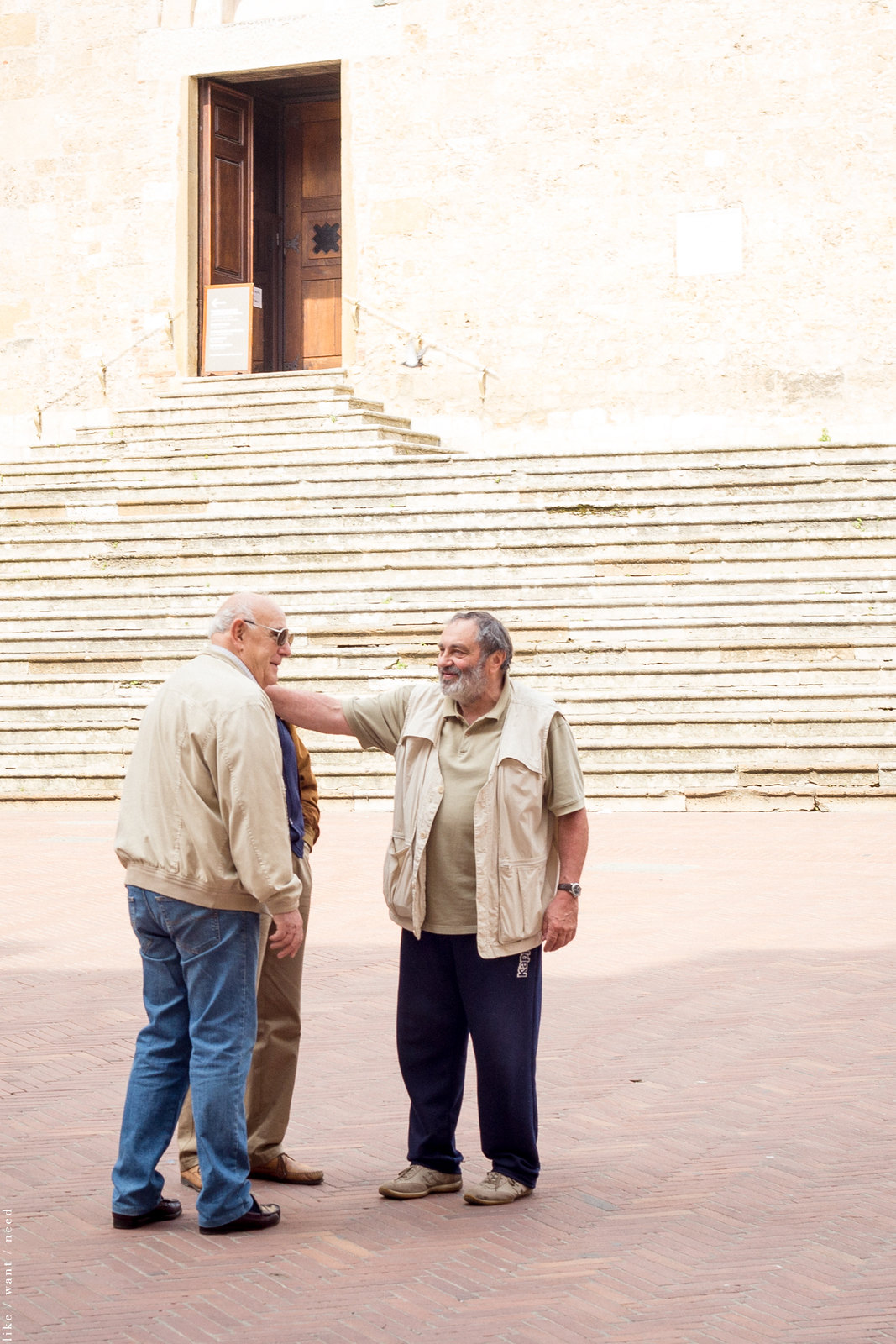 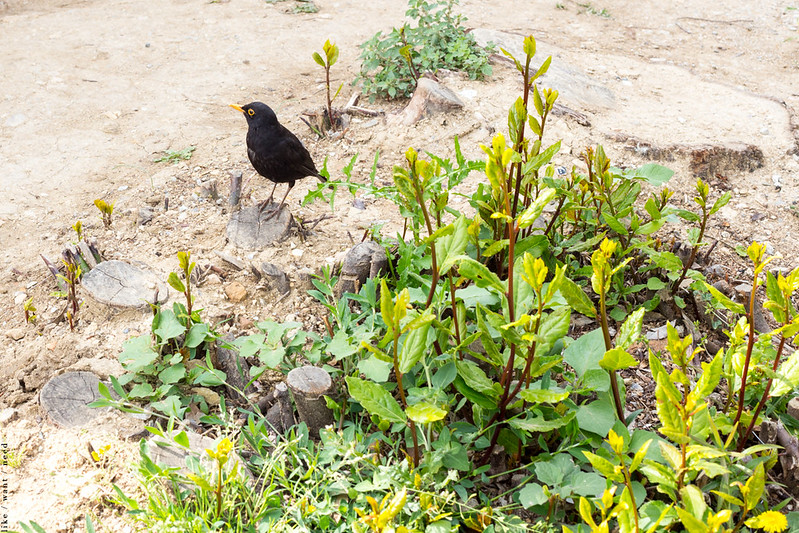 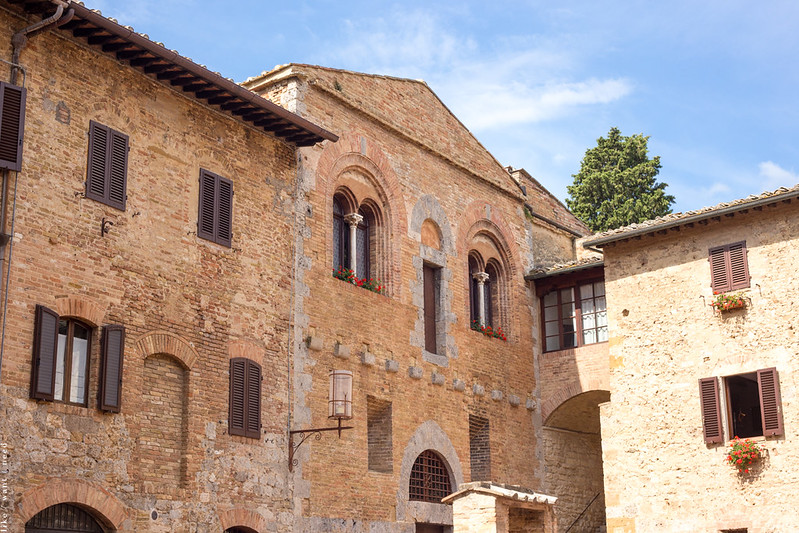 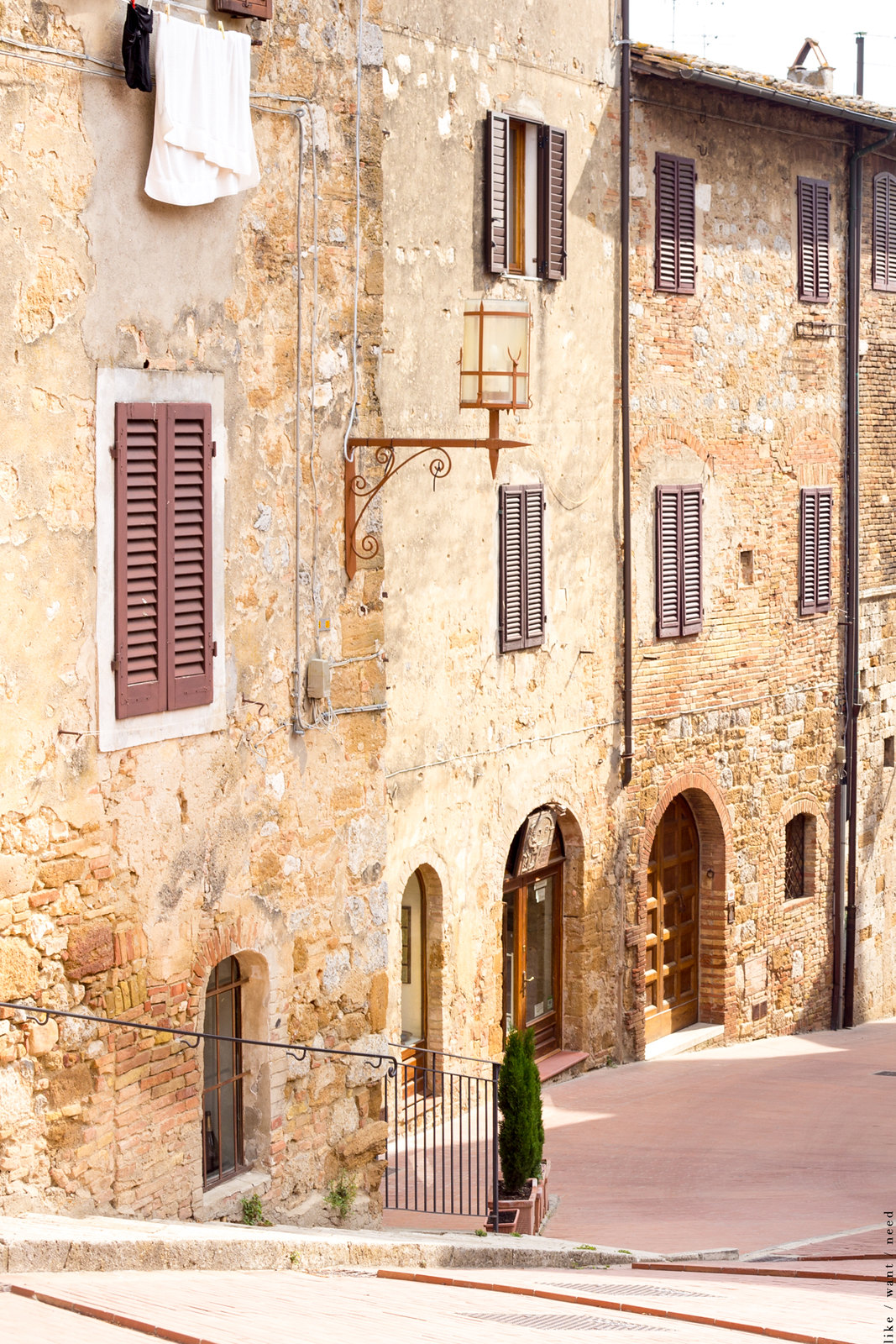 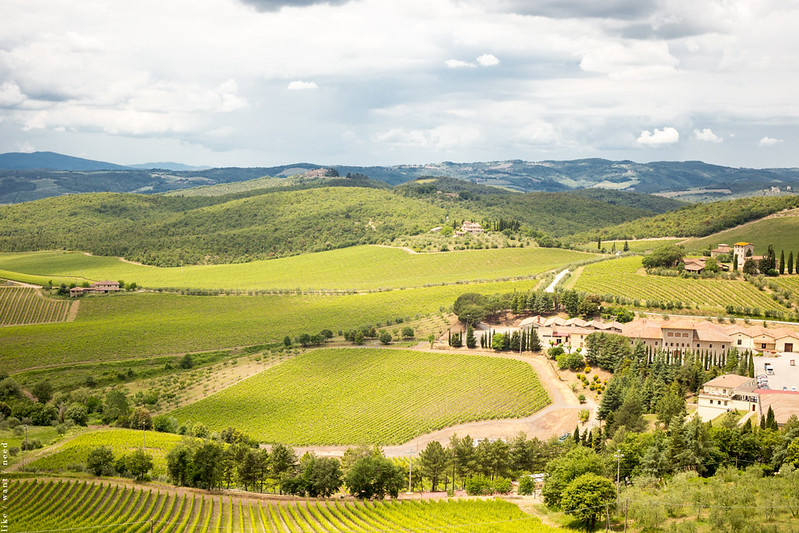 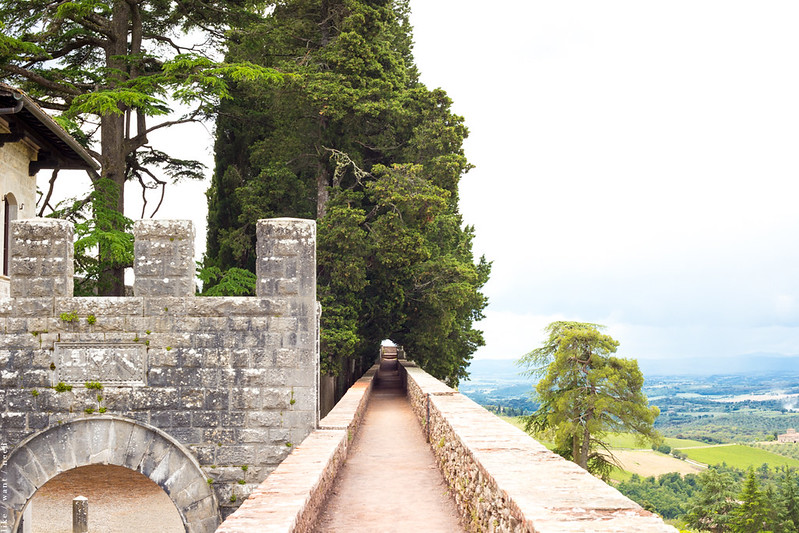 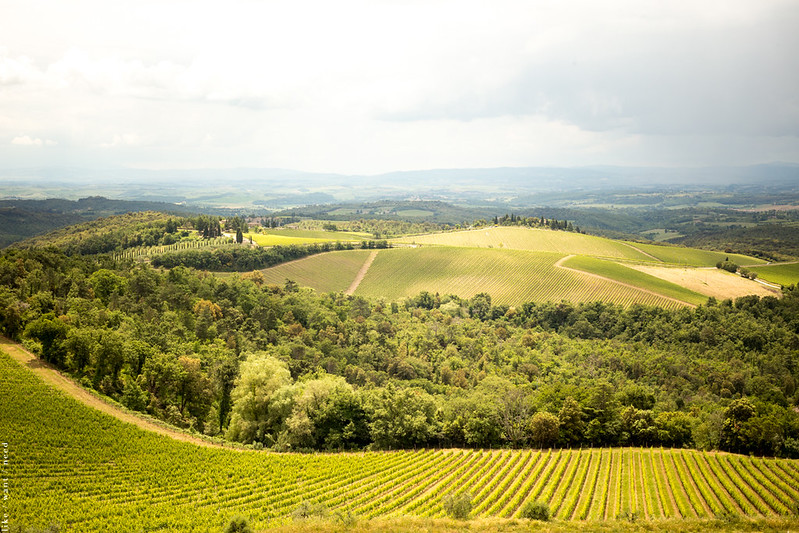 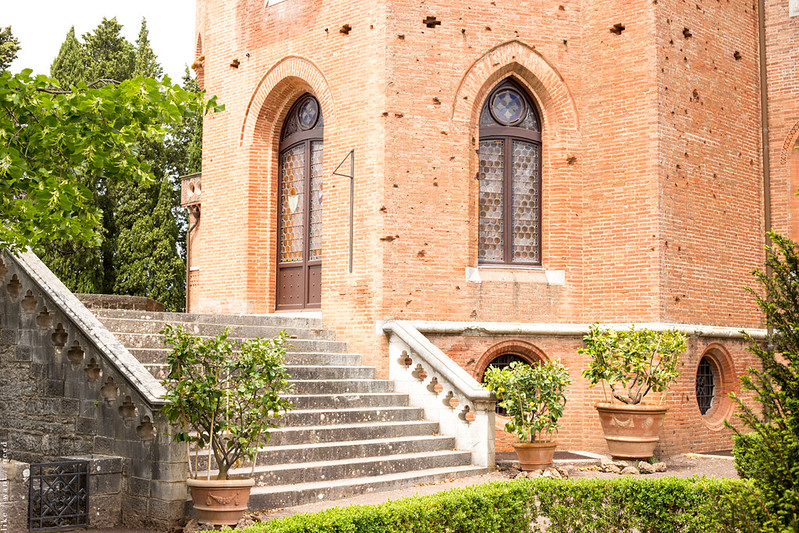 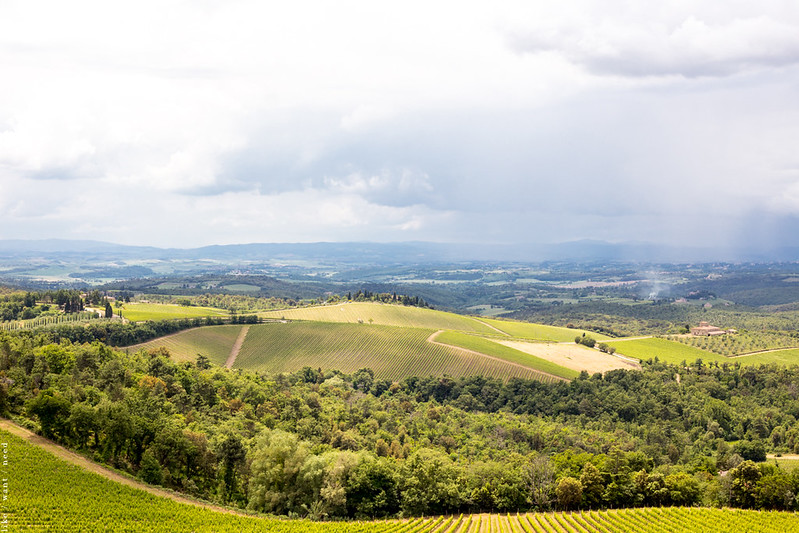 Are you absolutely sick of seeing vacation photos yet? Two weeks is a really long time to be on vacation, but four weeks of vacation photos must be torture. I’m sure I’m the only one enjoying it at this point. I didn’t realize just how many photos I took on this trip; editing them has been a delightful, if not overwhelming, way to re-live our time in Italy.

Since Siena is such a small town, we devoted an entire day to driving away from it and exploring places that you need a car to reach. A coworker of Jamal’s had recommended San Gimignano, a walled medieval hill town about an hour’s drive northeast of Siena, famous for being adorable and being home to Gelateria Dondoli, a gelato shop on the town’s main piazza which won the Ice Cream World Championship twice. (Two things: 1. There’s an Ice Cream World Championship?? and 2. Where are my lactose intolerance pills?) We arrived in San Gimignano early in the morning, the promise of eating the world’s best gelato enough to get me out of bed and on the road at the ungodly hour of 8am. We took a tour of the town’s Duomo (if you’re sensing a theme on this vacation, you’re right), which came with a really informative audio guide that explained every fresco and its correlation to a bible story, ending with a wall that had been damaged during the bombings in WWII. We also learned about the town’s patron saint, Saint Fina, a teenage girl who died of tuberculosis and a bone infection in 1253, and whose remains are still entombed in the church. I was not so much a fan of that part. (Pictures weren’t allowed in the church)

We made a few laps around the town, stopping to take in the view, before indulging in a brunch-hour gelato. I went with blackberry & lavender and pear, while Jamal went with his standby of pistachio and vanilla cream. No photos of this, either, because we were too busy inhaling our cones. Trust me though, if you ever find yourself in Tuscany with a craving for gelato, get thee to San Gimignano.

We set off before lunch to our next destination, the Castello di Brolio, a 12th century castle that is still home to the Baron Ricasoli family, and which is also famous for their wine production. It was an hour or so west of San Gimignano, but we had to head back south towards Siena and then northwest again, but even the boring, two-lane highways were gorgeous, because it’s Tuscany. The weather turned gray on us again (again), but by the time we parked the car and hiked alllll the way up the castle’s steep, winding approach, the clouds had parted enough to soak the entire valley below the moodiest, eeriest light that somehow felt so appropriate being seen from a castle’s ramparts. I could’ve been in a middle-earth fantasy fiction novel, honestly, where my name would’ve been spelled Aerynn and I absolutely would have been a princess.

Jamal’s allergies flared up on him big time the moment we started exploring the castle’s grounds; no exaggerating, he sneezed 11 times in a row (I counted). I think he was ready to throw himself over the wall just to put himself out of his misery. Thankfully, there wasn’t too much to see, as the castle itself is still a private residence (CAN YOU EVEN), so we made our way back down to the bottom of the hill and stopped for a wine tasting at the Ricasoli winery before driving back to Siena for a very late lunch.

The next day, we were up early and on the highway back to Rome, where we had roughly 24 final hours before boarding a plane to Paris.