Hello, kiddos! How has your week been? I’m sorry for having been absent; the pesky, time consuming minutae of my day-to-day threw me off balance. It seems plenty of us are struggling with that recently. But! I’m here now and, as it’s Friday, I have five interesting things that caught my attention this week to share with you: 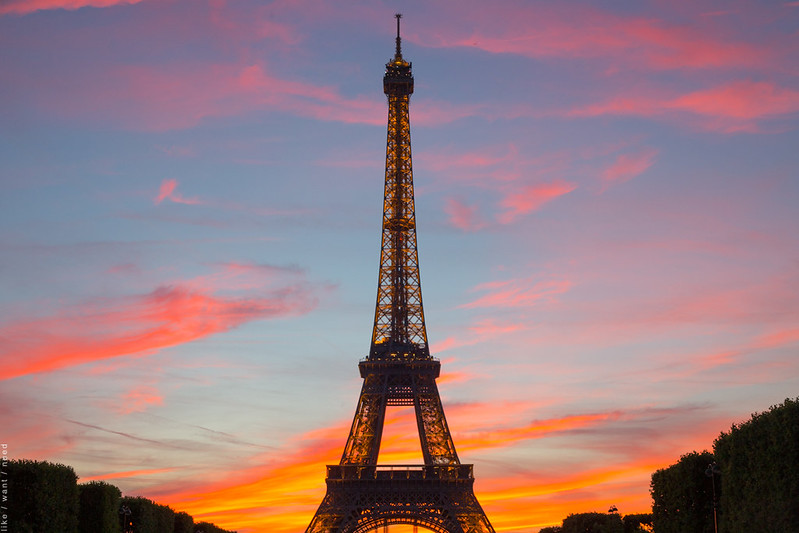 Earlier this week, my favorite grand dame celebrated a special milestone: the 126th anniversary of her first public opening, all the way back on March 31, 1889 during the Exposition Universelle. I know this is brand new information (ha), but I have a deep, unwavering love of the Eiffel Tower; I’ve read books about its construction and books about fictional murders that occurred on it, and then of course there’s the precious habit I have of bursting into tears whenever I see her. We only have about 50 more days before we head back to Paris (by way of Italy this time!) and aside from deciding how early to start packing so as not to be judged too insane, I’m also getting so, so excited (understatement!) to see my special lady friend.

Juniper Books sells custom book covers and book collections, and can curate a bespoke library straight out of your dreams. As an unabashed bibliophile myself, it’s thrilling to see companies committed to not just selling books, but selling beautiful books. I first heard of them on CBS Sunday Morning last year, and they popped up again in this month’s Vanity Fair. Thatcher Wine, Juniper Books’ founder, says “the point is to enjoy looking at them as much as you enjoy reading them.” If I had the money (their custom libraries can cost $750 per foot), I’d redo my whole book collection to be a giant photo of Fitz. Obviously.

3. These three basic requirements to avoid gender bias in fiction:

Have you guys heard of this? I don’t know what rock I’ve been living under, but I came across this test and had to share. It’s called the Bechdel test, named after cartoonist Alison Behdel, and it asks three simple questions of a work of fiction (movies or books) to avoid being considered sexist. The work must:

Sounds simple, right? You’d be surprised! The only things I can think of that fulfill these requirements are the movie “Clue” and the book “An Object of Beauty,” which doesn’t surprise me because that book is flawless and could never do anything wrong. Those three little rules have helped me rethink and reshape some of my own novel, and shamed me a little bit in how much I’ve fallen prey to the traditional gender roles so common in fiction.

4. This perfect line from “The Little Friend”:

“…a mysterious longing had possessed her, a desire to travel far and do great things; and though she could not say exactly what it was she wanted to do, she knew that it was something grand and gloomy and extremely difficult.”

Sometimes you read something so perfect, it begs to be remembered. I’m still not a fan of “The Goldfinch,” –I’ve read it twice now– but there’s no denying Tartt possesses a great talent for language. “Grand and gloomy and extremely difficult.” Oof.

5. This visually stunning video of Paris & New York, side by side:

I’m not just saying this because I’m obsessed with Paris, but there really is no competition between the two cities. If anything, I’d love to see a comparison video of Paris and Philadelphia, which is a far lovelier city than NYC. In unsurprising news, I was able to identify every single street and landmark on the Paris side of the video, because my brain is basically a Paris Encyclopedia. (I’m also a sucker for a good time-lapse video with delightfully cheery music.) Thanks to my brother for sending me this!