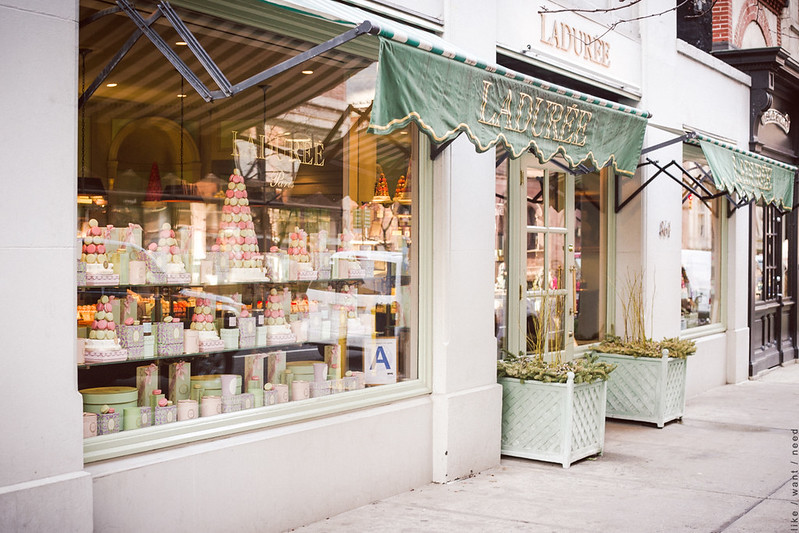 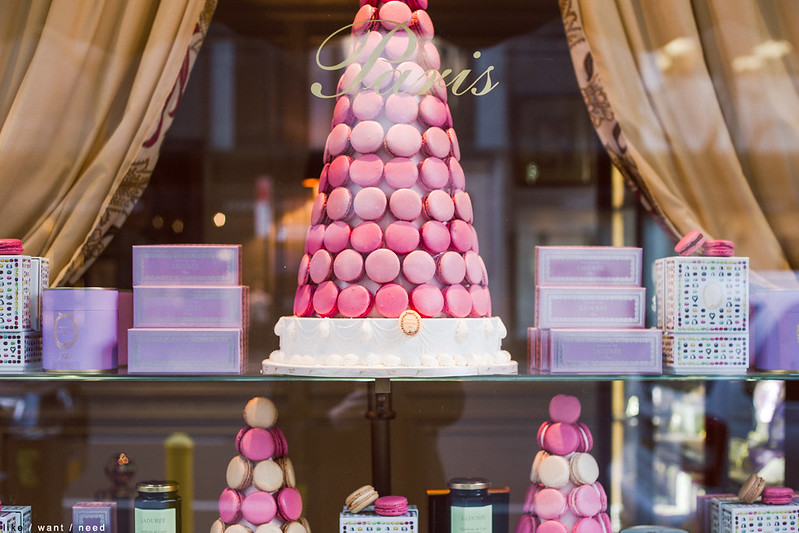 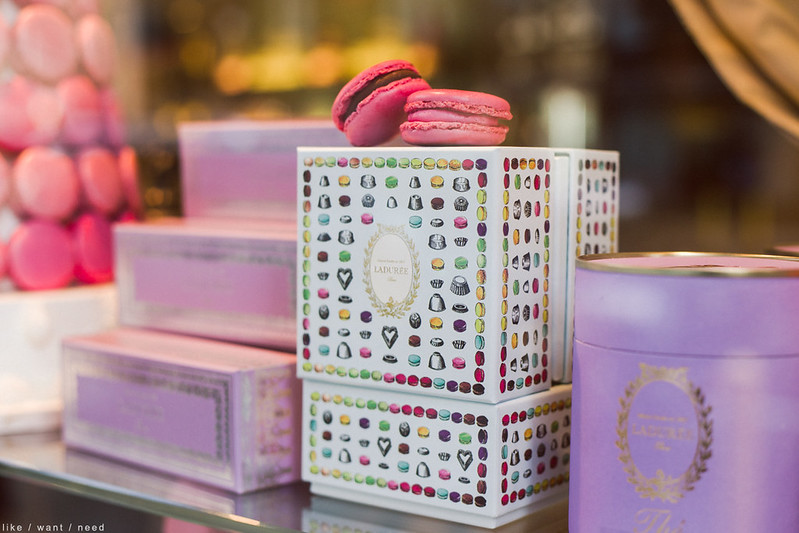 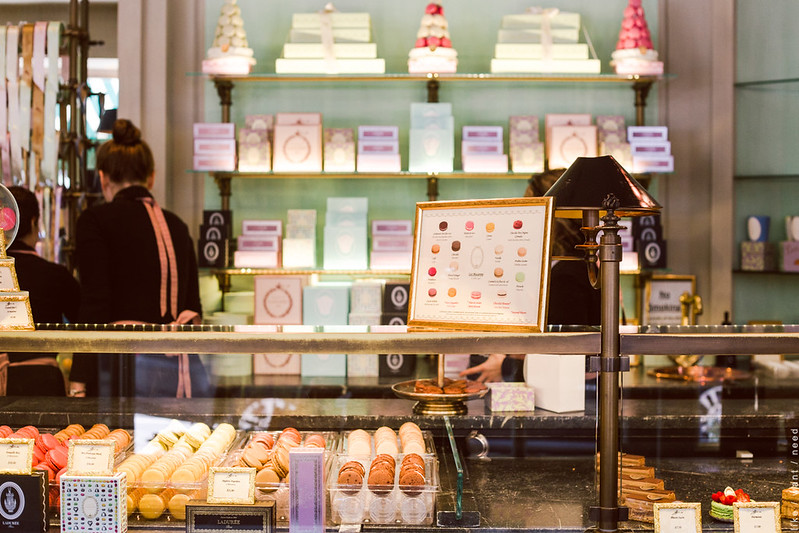 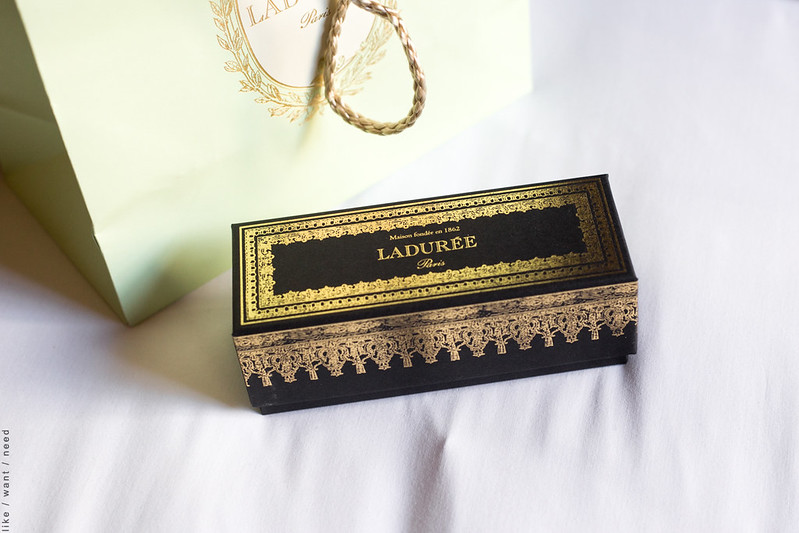 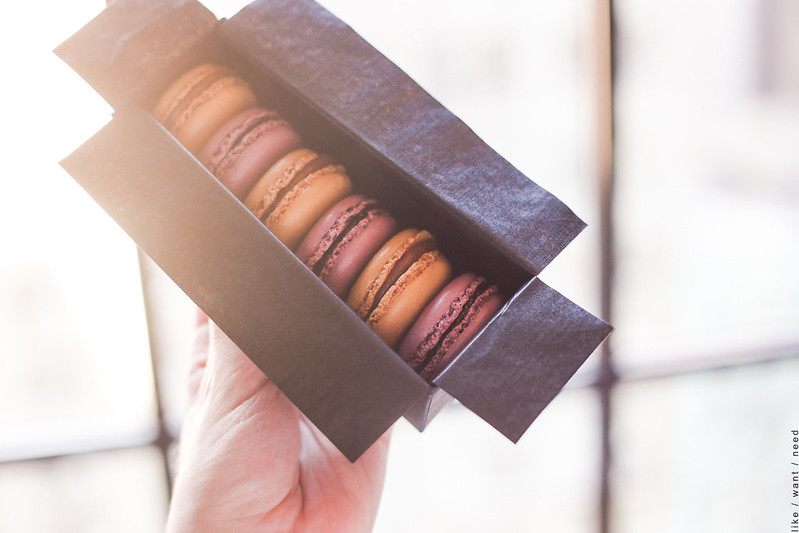 Last Wednesday morning I walked up Madison Avenue from our hotel at 57th and 6th on my way to breakfast and the Met. I knew this route would take me, teasingly, past Ladurée; I wouldn’t be able to stop in until later in the day, as you can’t bring food into the museum. And so I summoned all of my willpower as I approached 70th street to not stop or drool or faire du lèche-vitrines, a French term that translates to “window shopping” but that means, quite literally lick the windows. Being so close to macarons again after so long without being able to rush in immediately and buy any was a fascinating study in self-discipline. Sure, Jamal had brought me a large box back in November or December after a day-trip to New York for a meeting, but I personally haven’t been since Paris, and for all my suffering I deserve some sort of consolation prize. Ergo: macarons aplenty!

I came back after lunch with Lyndsey and, like the nerd that I am, whipped out a list I’d made days before, itemizing the flavors and quantities of macarons I needed (we’re well past the ‘like’ and ‘want’ stage of this game). I went with a box of 15 –including Vanille, Pistache, Rose, Citron (which the lovely girl behind the counter inadvertently confused with Yuzu Ginger, a limited edition flavor in the same bright yellow shade), and Framboise– and a fancier box of six, three each of Caramel au Beurre Salé and the seasonal, delicious Cassis-Violette because (and this would be embarrassing to admit were I not still so punch-drunk from eating 21 macarons in four days that I feel no shame) it would be prettier to photograph. Oy. It really was, though!

Until next time, Ladurée mon amour. I’ll see you in Paris in just a few short weeks.