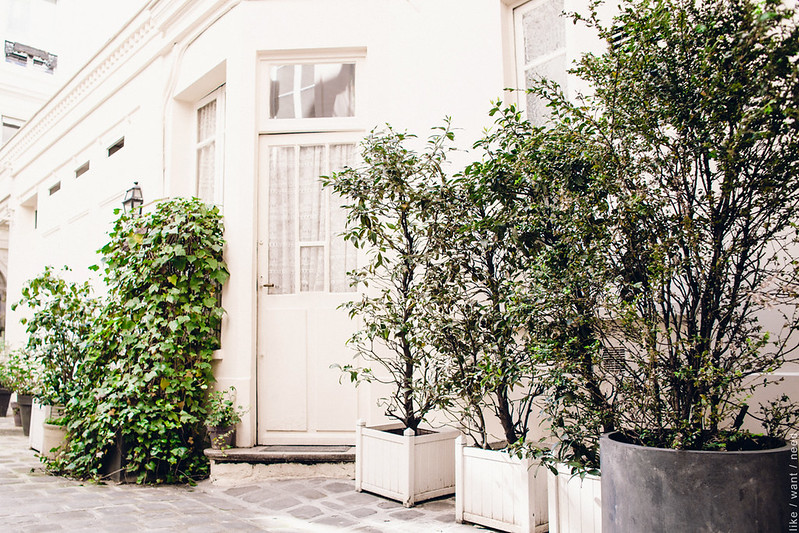 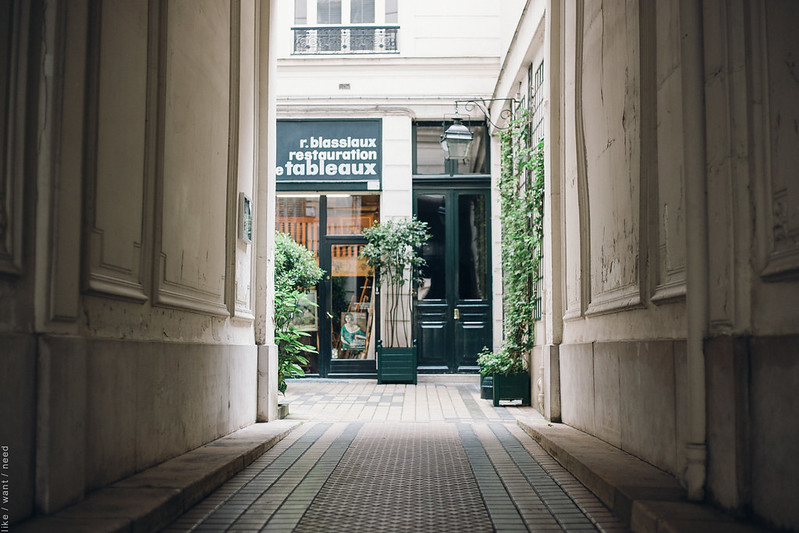 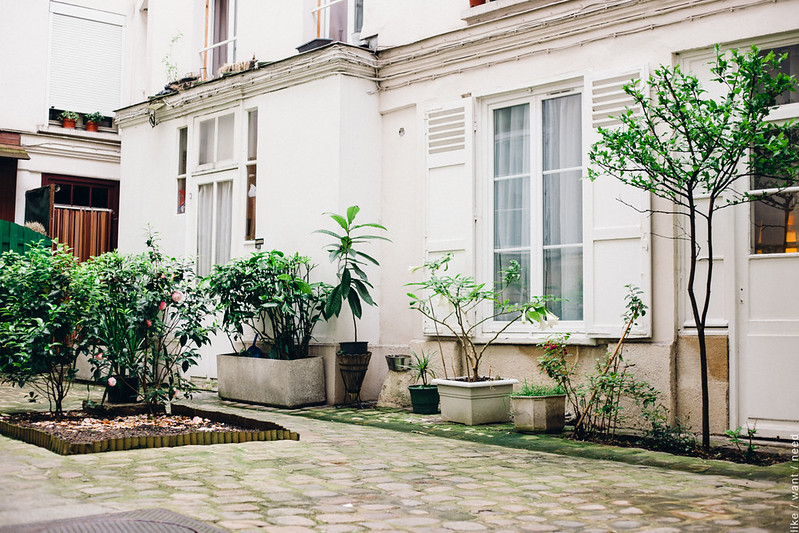 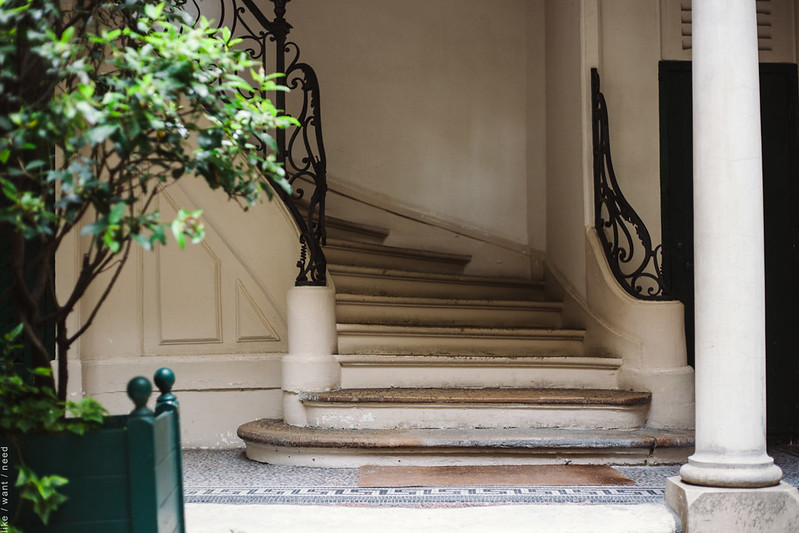 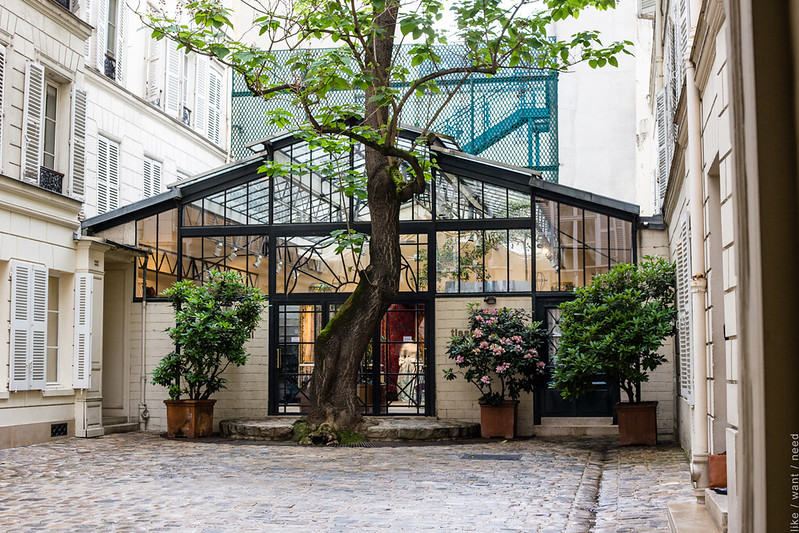 Many of the buildings in Paris are built around an open-air interior courtyard, so the doors lead out to a small garden rather than a foyer with a stairwell or elevator to the apartments above. The Haussmann reconstruction deliberately designed these little courtyards for better air circulation; previously, the buildings were tiny tenements without plumbing or proper ventilation. Nowadays, one or both of the front doors is left open if there is a gallery or store on the ground floor inside, inviting anyone to come in. True, these courtyards aren’t entirely “private” in those cases. The open ones made me a bit too comfortable with the idea of exploring these little spaces and caused me to wander past doors that were left open by the concierge (caretaker) of a residential building or two, into a courtyard that wasn’t meant to be wandered into. L’oops. I just had to know what goes on in there! Behind every door was an opportunity for wonder: were there plants? Cobblestones? Laundry strung up on lines? I never got caught (I am very, very sneaky) which only served to reinforce my curiosity. There is something fantastic and strange about seeing a beautiful staircase outside, snaking up to apartments inside. I drew the line at going inside; even I have limits, and I didn’t want to get arrested. Something tells me there aren’t macarons in French prisons.