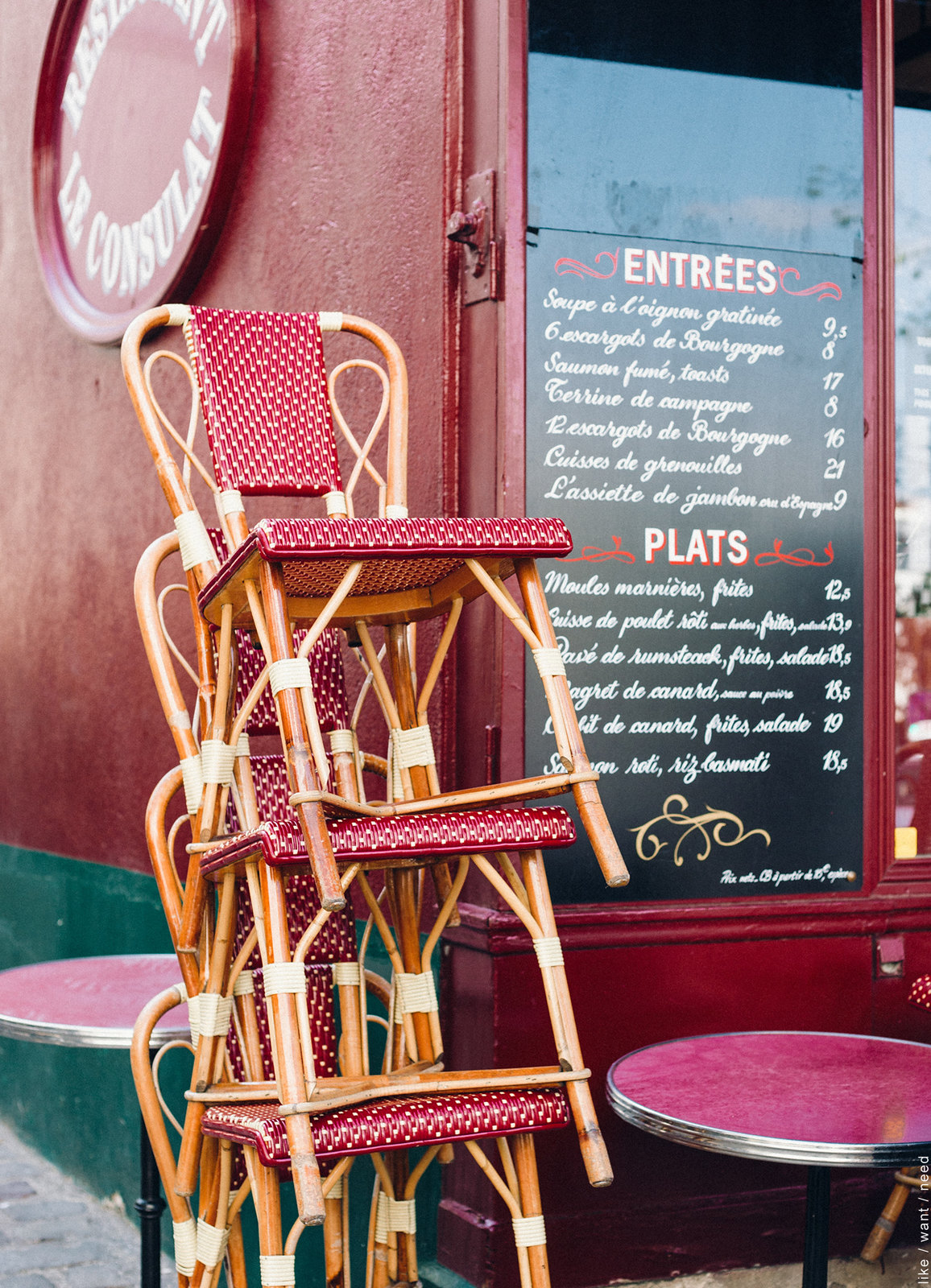 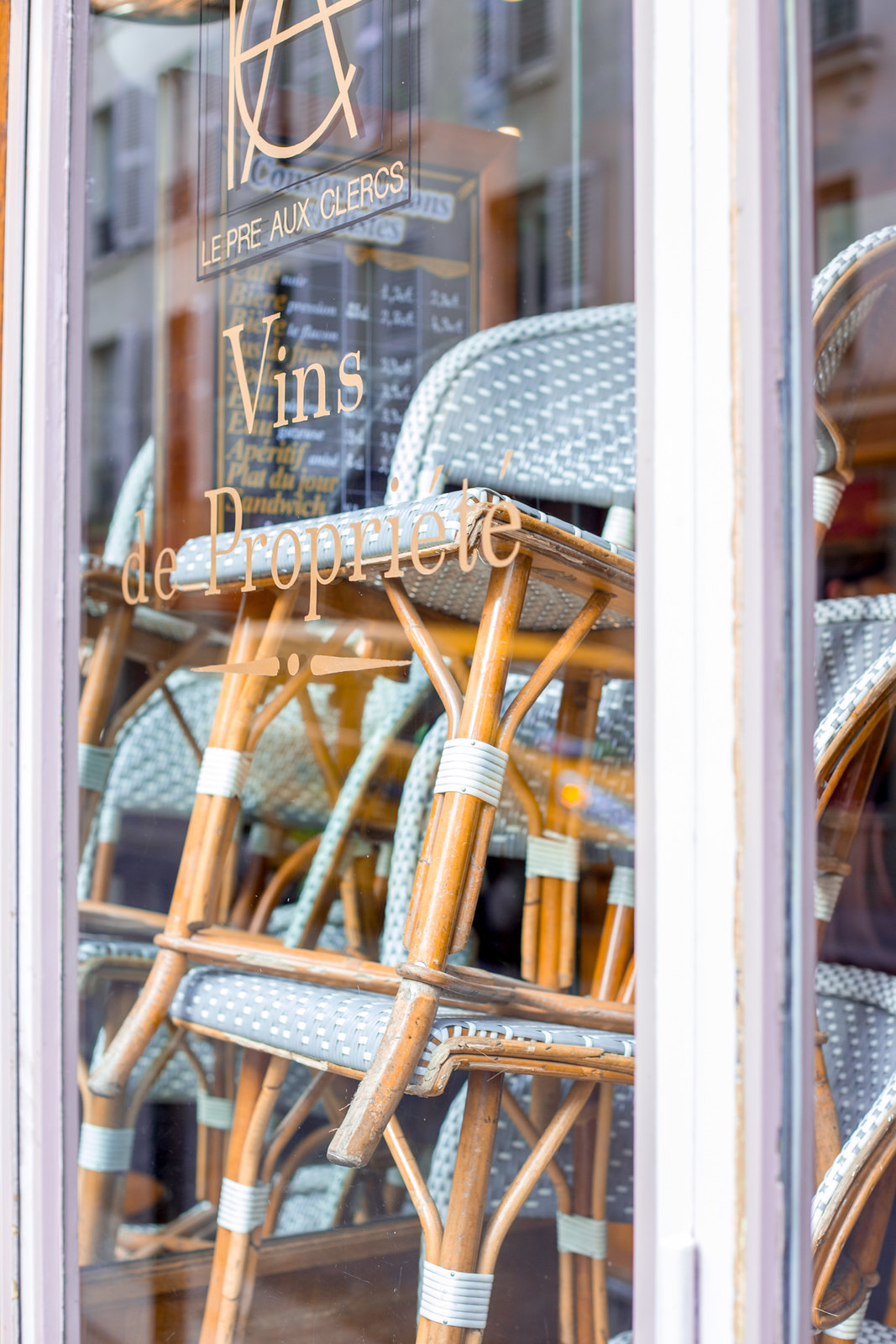 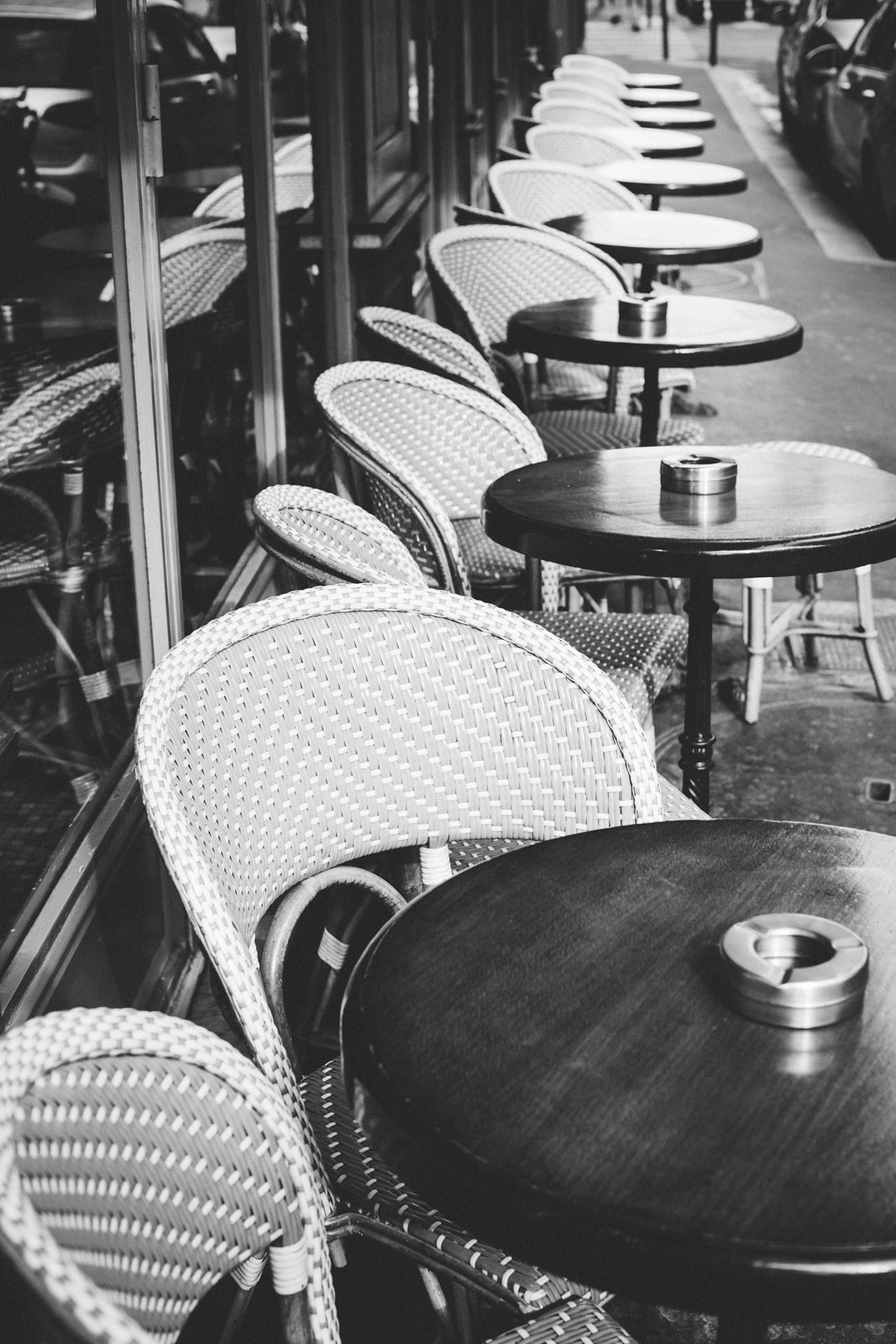 Table for one, s’il vous plaît.

Of all the endless charms Paris has on display on every unassuming corner, the omnipresent rattan bistro chairs might be my favorite. They come in a variety of colors, will leave a waffle-weave imprint on the backs of your thighs in the warmer months, and creak just so when you sit in them. They are as iconically Parisian as La Tour itself, but unlike the monument, no one rushes you out of your seat at the café. You’re almost always guaranteed to find an outdoor seat, due in no small part to the sheer number of brasseries that dot the city. And don’t be put off by les fumeurs puffing away like chimneys; I hate smelling like cigarette smoke, but never once noticed it lingering on my clothes or hair while I was there. Either French cigarettes aren’t pumped up with as many harsh additives as they are here, or I was so in love with Paris I went nose-blind.