If you’re in Philadelphia tonight, be on the lookout for a group of 20something ladies galavanting around town, ostensibly loud and tipsy and definitely well-dressed: it’s my Bachelorette Party this evening! I don’t know any of the details, as my bridesmaids and friends have been frustratingly silent on specifics; I was told to be ready at 6pm, but not where I’m going or what I’m doing or whether or not there will be penis-shaped decorations involved. I’m pretty uninterested in all the usual fanfare that comes with being a bride, but this one of those necessary rites of passage and I know that being surrounded by my best friends for the epitome of a Girl’s Night I’m guaranteed to have a good time. I trust them! Except when they make jokes about wearing matching bedazzled Juicy Couture sweatsuits and buying a game called “Pin the Junk on the Hunk.” I’ve threatened ex-communication if one of them even comes at me with a sash that says “BRIDE 2 BE” on it. Hashtag pray for me.

For my first Friday Five since before I left for Paris, I decided to round-up five miscellaneous happy photographs from the trip that didn’t really fit with any other posts. On y va!

1. A rainbow over Montmartre: 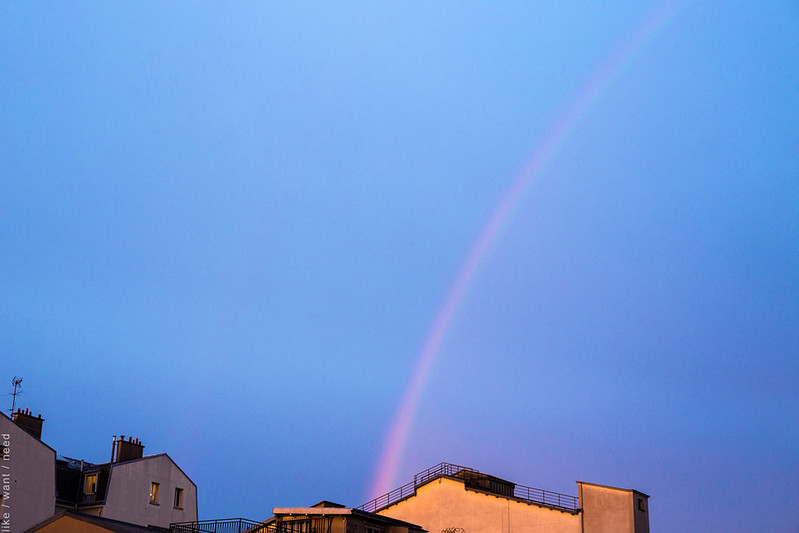 Not that I mind the rain (what’s the quote from “Midnight in Paris?”, she asks as if she doesn’t have the entire movie memorized: “Actually, Paris is most beautiful in the rain.” And it’s SO TRUE) but a rainbow at the end of the storm, and right over my apartment, isn’t half bad, either.

2. A bright pink couch & birdie in a Saint-Germain shop window: 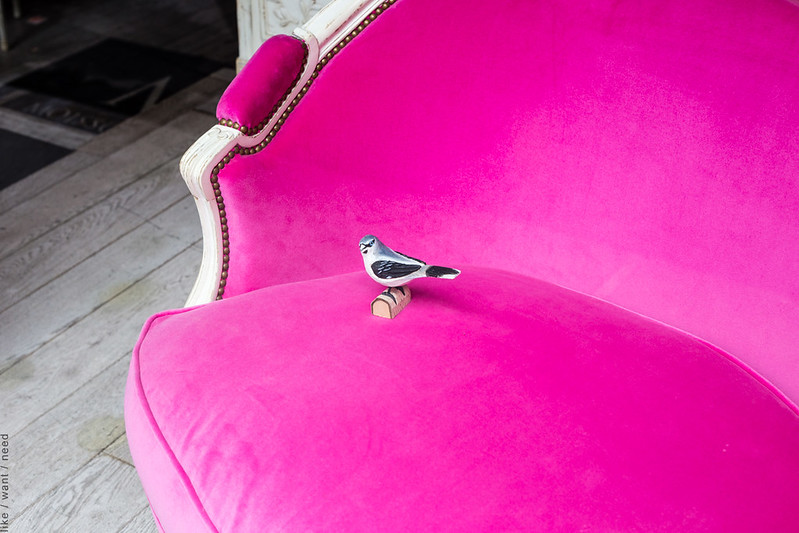 Because we know how much I love birds in Saint-Germain shop windows.

Maybe I’m weird for taking my makeup off one night in May and upon seeing the cotton round immediately running to take a photo instead of, you know, finishing washing my face, but this was really neat looking. And it reminds me that I have to write a post on my favorite French pharmacy products, including the amazing makeup remover that made this moment happen. One dab, and everything comes off.

4. An intricate (and delicious!) stack of baguettes at Les Philosophes: 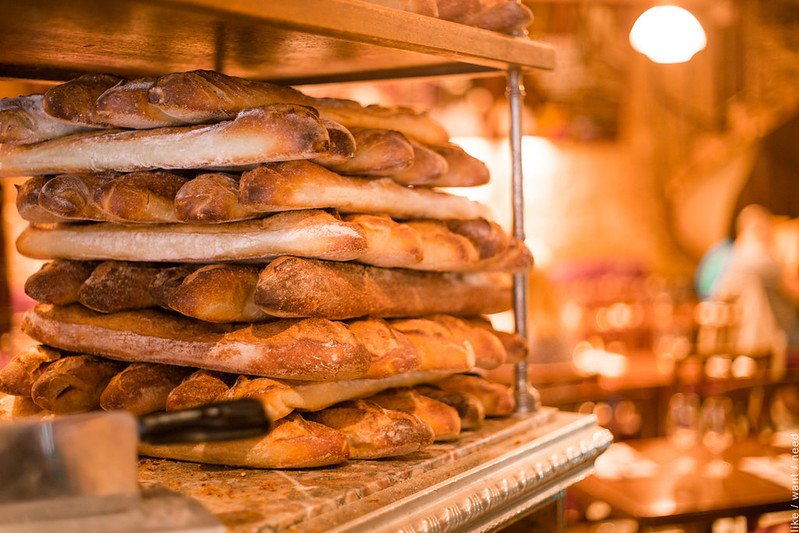 Because BREAD, that’s why. What I wouldn’t give for some alone time with that pile of baguettes…

5. A lazy cat in the Montmartre cemetery: 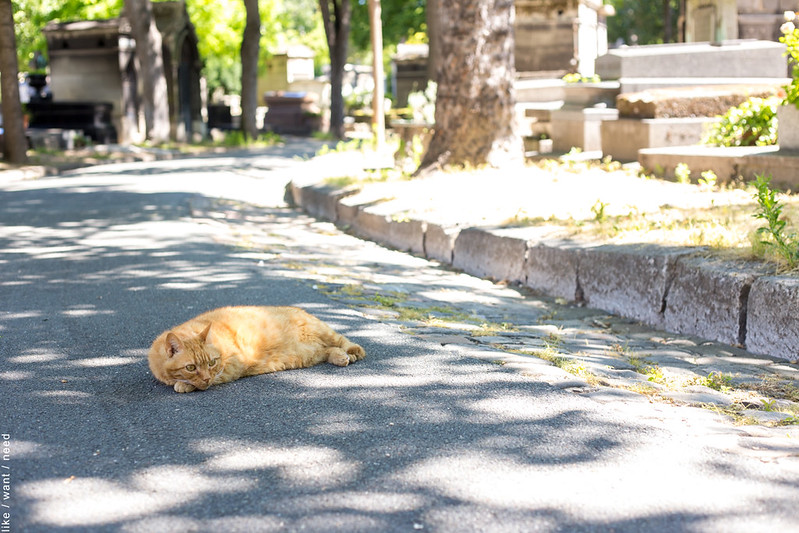 I know Père Lachaise cemetery in the 19eme gets the most tourist traffic, being home to Jim Morrison, Oscar Wilde, Édith Piaf, and Frédéric Chopin’s graves, but the Montmartre cemetery has its own charms, too. For a cemetery. It’s eerily quiet in there, despite being bisected by Rue Caulaincourt overhead, and feels like it goes on forever. And there are cats! I spent a long morning walking around and exploring, but this was the only photo I captured. There were a few tombstones with Jewish stars on them, with birth dates in the 1910s and 20s, and deaths in the 70s and 80s. Which means that, as French Jews, they lived through WWII. There was something very powerful about seeing that. There was another, that I meant to write down to look up later but didn’t, where a mother died the same day as her young son in the military in the late 1800s. Suicide from grief? Eerie coincidence? I wish I knew the story there. Next time I visit, I’ll go back and find out.

What are you guys up to this weekend? Saturday we’re participating in our third annual scavenger hunt organized by one of Jamal’s best friends (and groomsman!), and Sunday my mom is throwing me an un-bridal bridal shower. No gifts, no hats made out of bows and ribbons, nada. I did mention I’m anti-bride, right? Have a good one, kiddos!