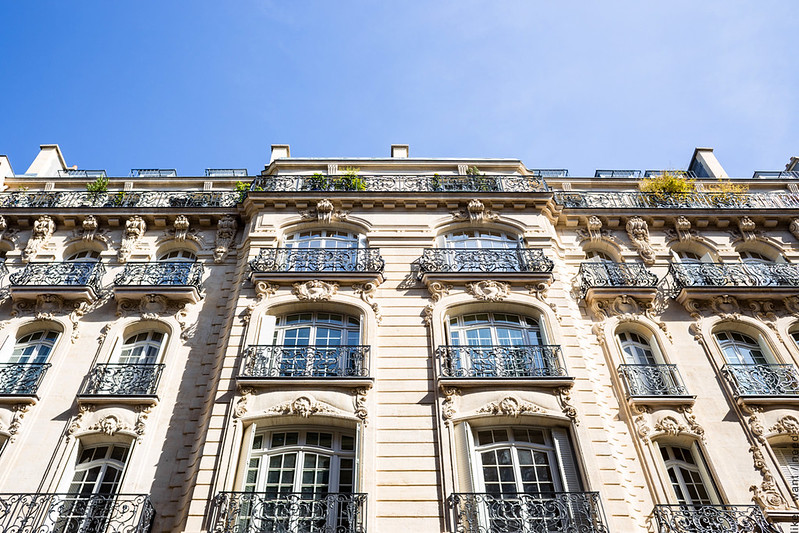 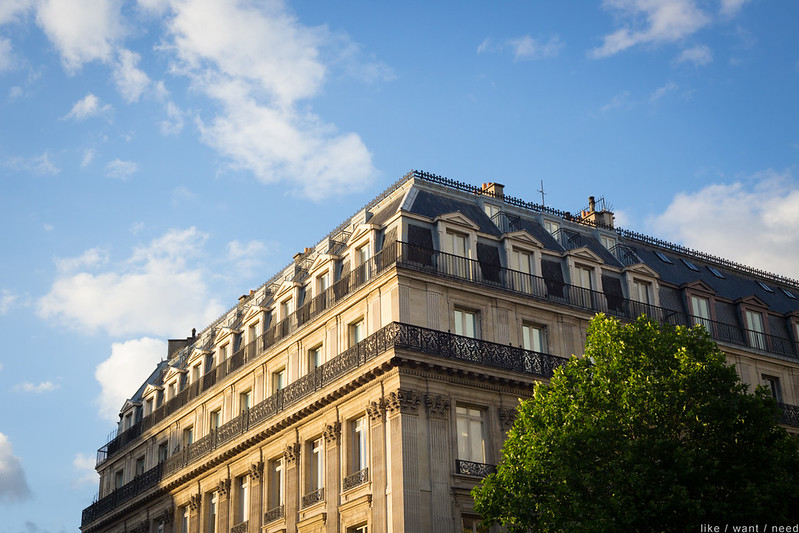 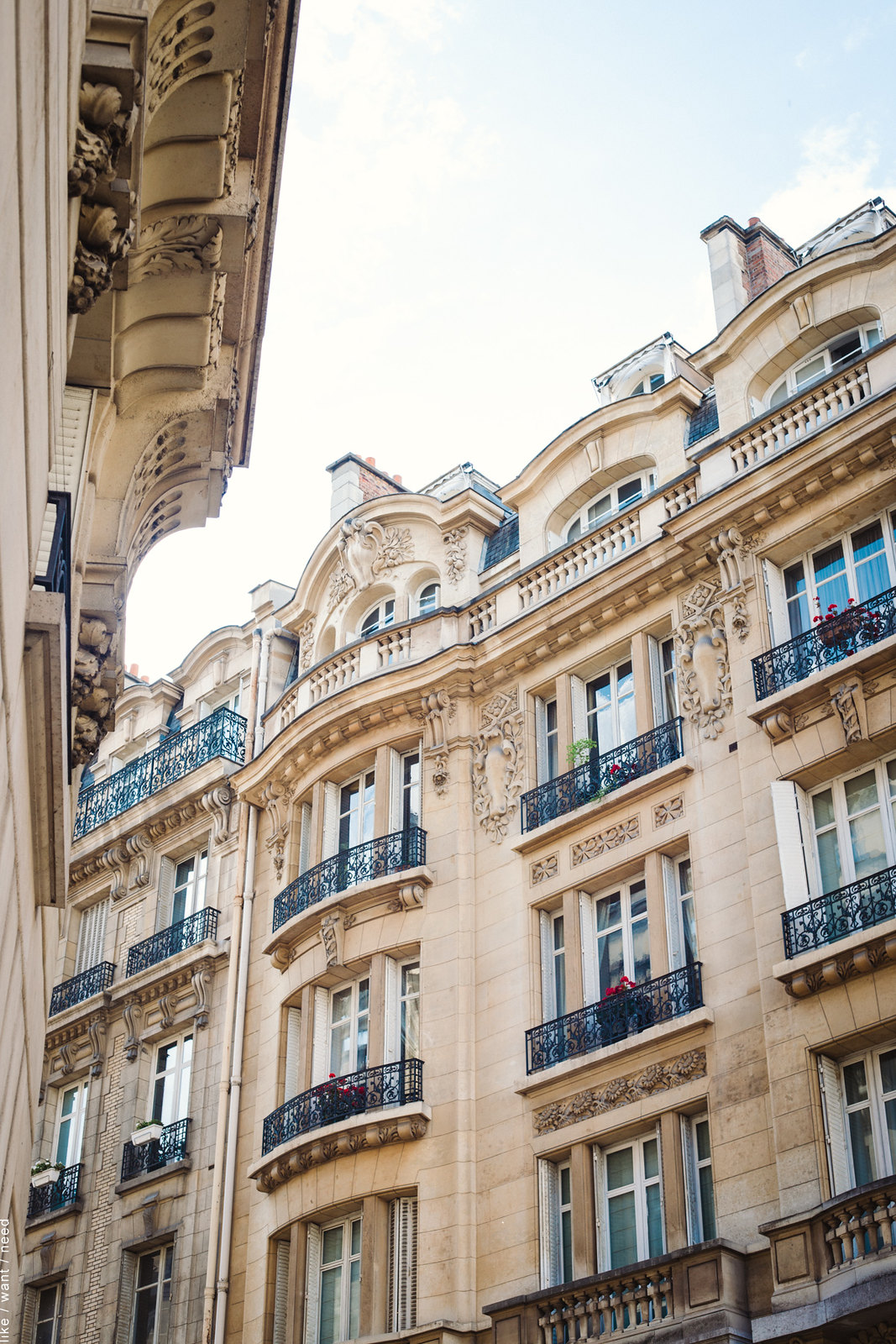 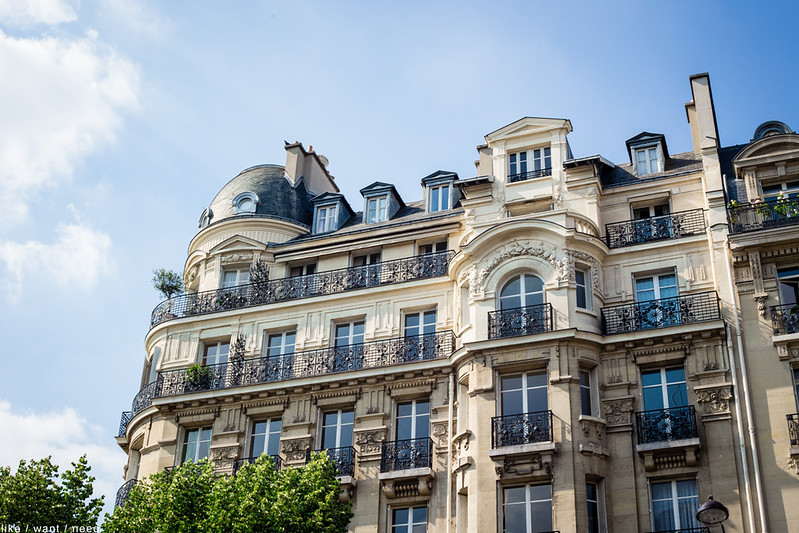 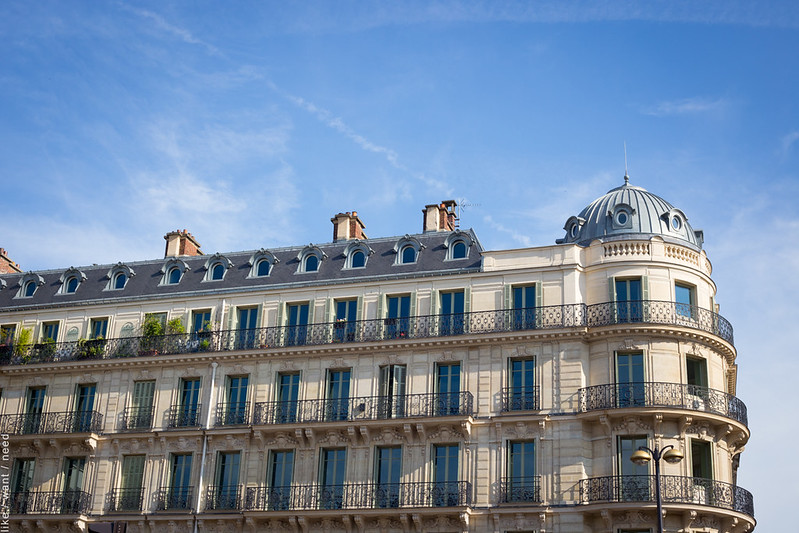 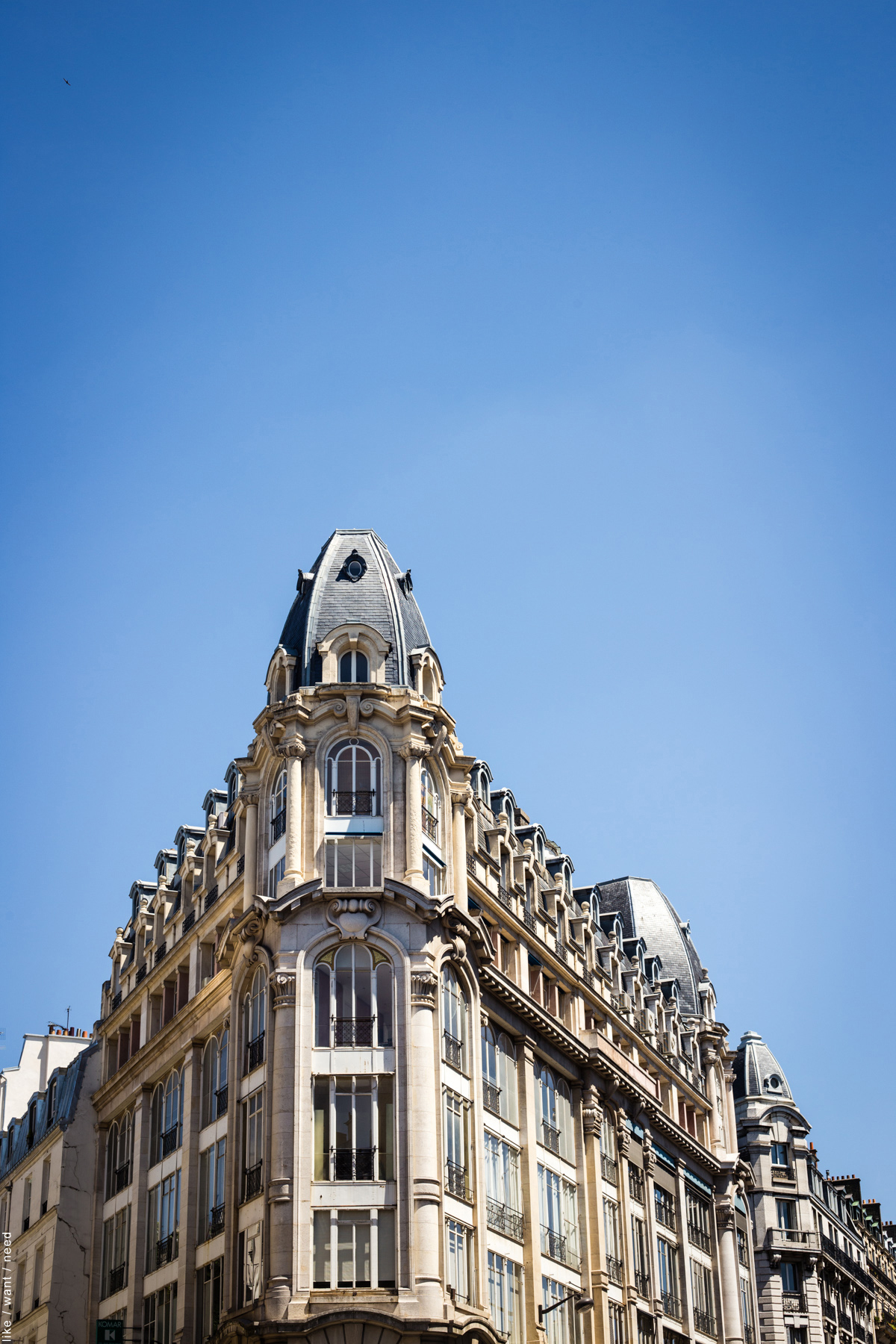 I’ve read a few books on the history of the reconstruction of Paris under Haussmann and Napoleon III, but nothing compares to actually walking the city and admiring all of their handiwork. Sure, Baron Haussmann borrowed more money than would ever be allowed today to finance the entire effort (even borrowing against the city’s future finances), but to see the results of his labor –the wide avenues, the symmetrical, white-stone buildings with wrought-iron railings, the zinc-domed roofs– firsthand, fully justifies the expense. The architecture is staggeringly beautiful. The buildings were designed in response to poor, cramped living conditions, without proper ventilation or plumbing and sewers, so the entire city-planning reconstruction –the major avenues were made as wide as they are so that there was easy access for military troops– met a real need. Almost all of the iconic Haussmann style buildings open into interior courtyards for better airflow, and the six floors of apartments came at different price points, (originally) making them financially feasible for not just the super-wealthy.

But what gets me is that while they had to be functional, the buildings didn’t have to be pretty, but they are. They didn’t have to include the ornate, expensive details, but they did. And you can’t help but crane your neck at every block to take in the gorgeous architecture. Paris got it so right, and in terms of visually stunning cities, I don’t think there is one better in the world. At least not one as cohesive and thoughtful.

(Oh, and in case you were wondering: the Bachelorette party was a total success! There was a platter of IHOP pancakes, a party at one of my bridesmaid’s house, and dancing until 1:30am to New Kids on the Block at a dueling piano bar. No sashes, no blinking phallic necklaces! The real surprise, however, came on Sunday. Remember when I mentioned an “un-brial bridal shower” on Friday? The one I thought would just be my mom, a few aunts and cousins, and my grandmother? Surprise! My maid of honor and my mom were in on it behind my back, planning for months in secret. It was perhaps the most bridal-y of bridal showers, complete with tiered cupcake stands, mimosas, presents I had to open in front of everyone –and I didn’t even register for anything, just to avoid this exact scenario!– and friends who came from near and far. Including Lauren, who made the trek from Virginia! Even friends who were at the Bachelorette on Friday, who all did an amazing job of keeping the real secret from me! Even my grandmother lied to me! I spoke to her last week and when I said I was looking forward to seeing her this weekend, she seemed to have only the vaguest idea what I was talking about. Worried she was getting senile –she is 89, after all–I told my mom someone had better remind her there was a “casual, small lunch” for the family on Sunday. Turns out, my 89 year grandmother was throwing me off the scent.

I might want to be the champion for anti-brides everywhere, but when you give me multi-tiered arrangements of macarons and an afternoon of crêpes with all my favorite people, it’s really hard to be a grump. Photos coming soon!)