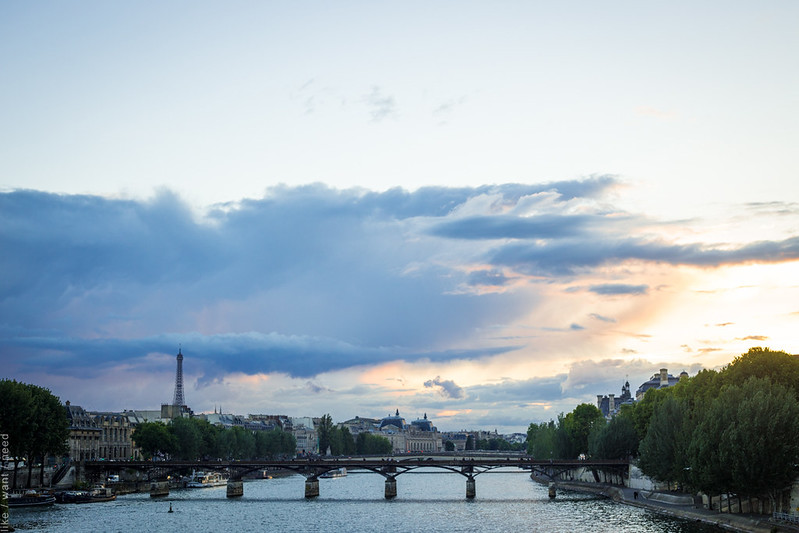 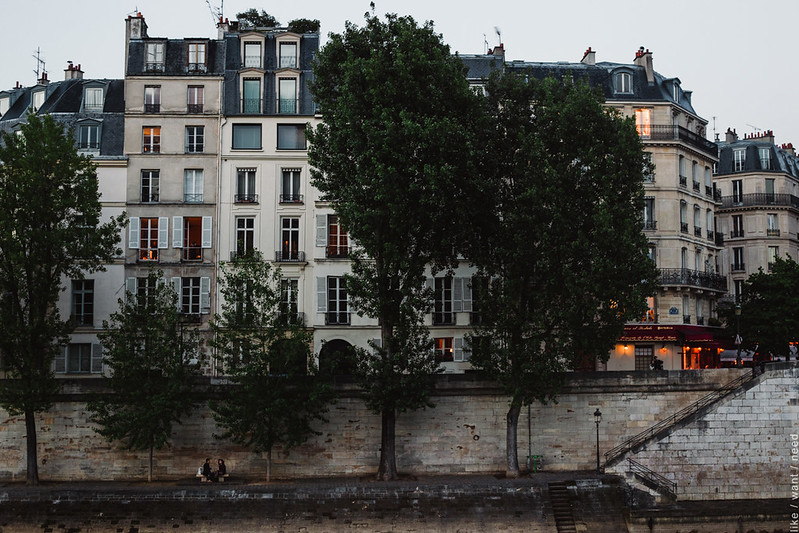 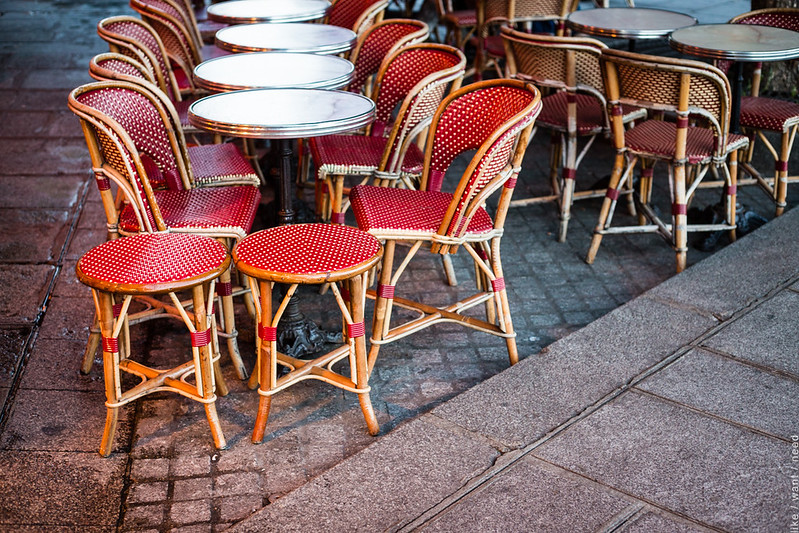 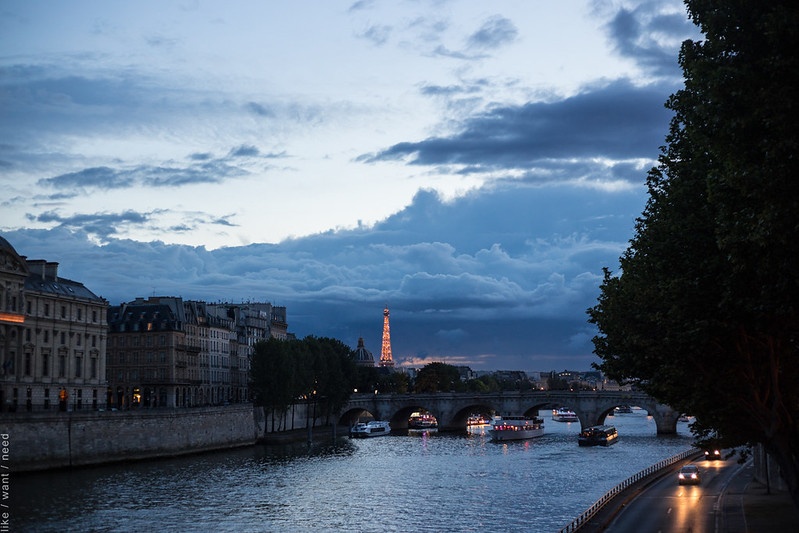 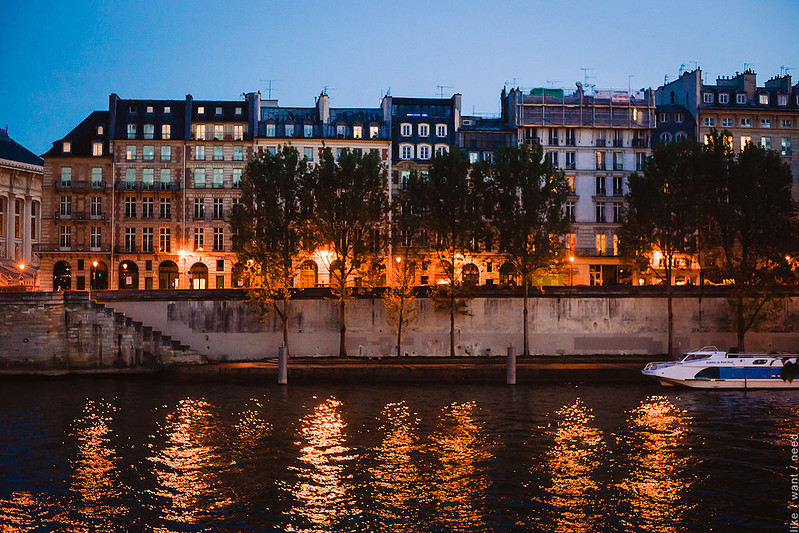 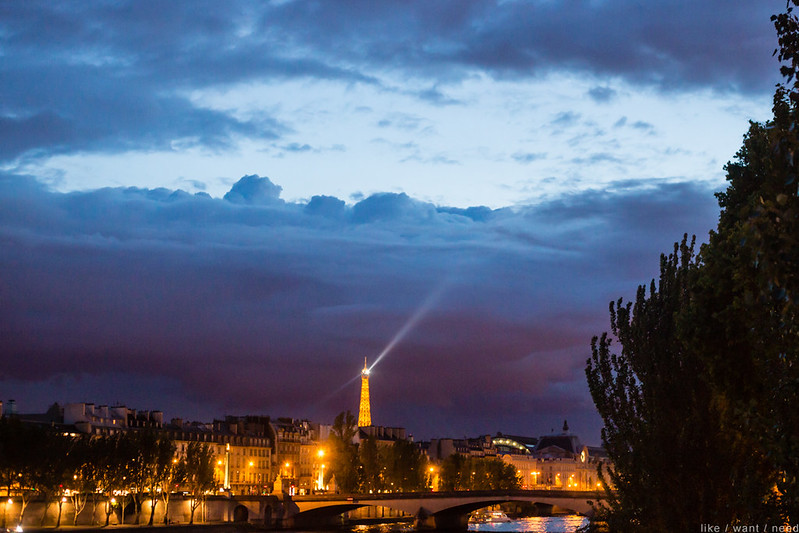 A few weekends ago I did something I haven’t done yet here: I went out at night by myself. I know, how scandalous. It stays light here until 10pm these days, so there is no fear of me wandering the city in the dark. Well, there was, it was a real fear I had, that I would be on deserted streets alone and oh my god, what would happen?? My cousin Stacy, an experienced solo world traveler gave me some invaluable advice before I left: Find your comfort zone first, and then go beyond it. My comfort zone was being back in my apartment by 8pm for the first few weeks. I was getting everything done that I needed to during the day, and spending the evenings listening to the crowds of people heading into the Moulin Rouge (for an 11pm show!) or one of the bars around here, thinking, “It’s okay. Not yet.”

And then, one lazy Saturday where I spent the entire day inside, I decided I was ready to go outside my comfort zone. So at 9pm I headed to the bus and got off at the Louvre, before walking down the Quai François Mitterand to the Île Saint-Louis and back to the Pont Royal to watch the Eiffel Tower sparkle in all its magical, enchanting glory at 10pm. That sight is otherworldly; as if the cityscape weren’t gorgeous enough with the lights reflecting in the water and La Tour triumphing over it all in the background, she literally starts sparkling every hour, on the hour for five or ten minutes once the sun goes down. And yes, I cried.

I walked around taking photos in the blue night, laughing at myself for being concerned about being out alone at that hour. 10:30 and the sky is still inky blue (in fact, some of those photos don’t even look like they were taking so late at night!) there are still throngs of tourists in the courtyard of the Louvre where I waited for my bus back home, taking photos, having picnics on the steps, laughing and enjoying the evening –including a family with two young children under the age of two, both of whom were still wide awake. If they can do it, so could I!

And I think that living in Philadelphia my entire life –and spending the last four in a gentrifying neighborhood– makes it impossible for me not to compare the two cities while I’m living in Paris. In Philly, waiting for a bus as a single female at that hour wouldn’t be the safest thing to do, and the bus would maybe have one or two other people on it, depending on the route. The bus I took home that night? Standing room only, full of old couples dressed up coming back from dinner, young kids starting their night, and tourists aplenty. The public transit system here is so much more advanced and people are so dependent on it because it works and is convenient and thorough (three things our own transit system back home is not). What had I been so afraid of? The unknown, of course. And when I got home at around 11:15 I still had to fight through the crowds of tourists to get to my front door. Abandoned, empty streets and scary muggers lurking in doorways? Where do I think I live?

Anyway, the fruits of my nocturnal bravery were worth the anxiety I had before taking the plunge. Those photos are some of my favorite ones that I’ve taken in the past month that I’ve been here.

28 thoughts on “Paris at Night”