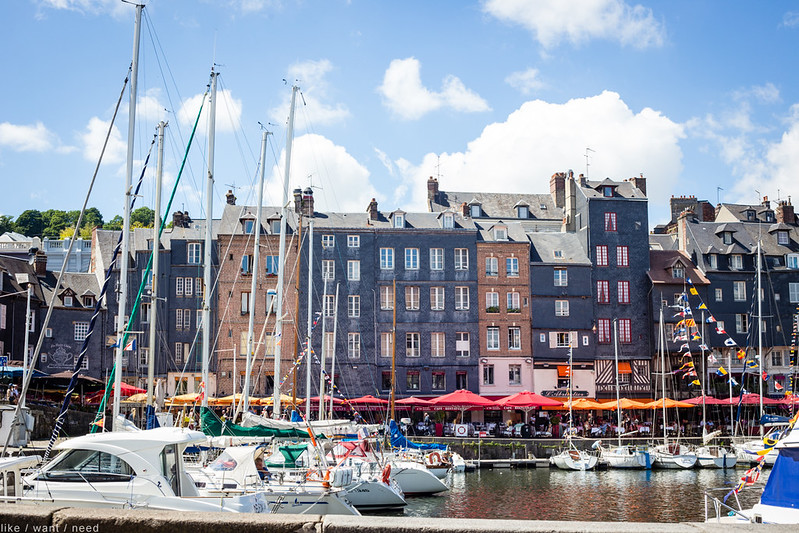 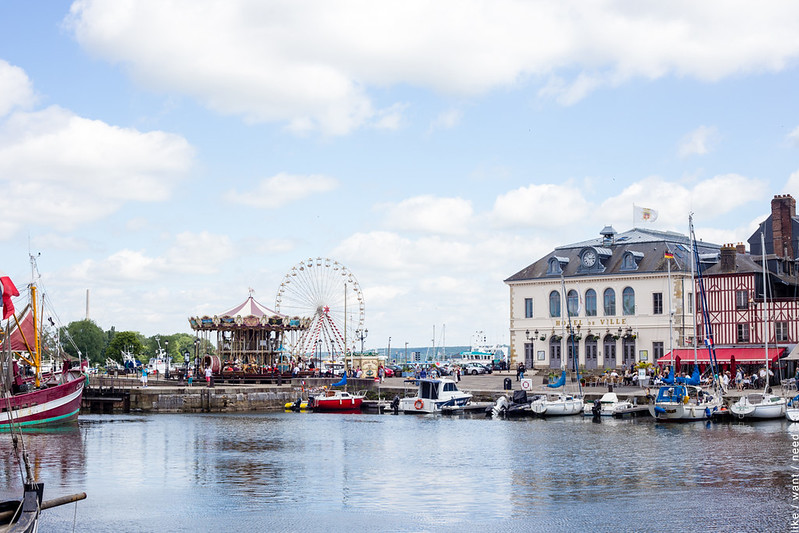 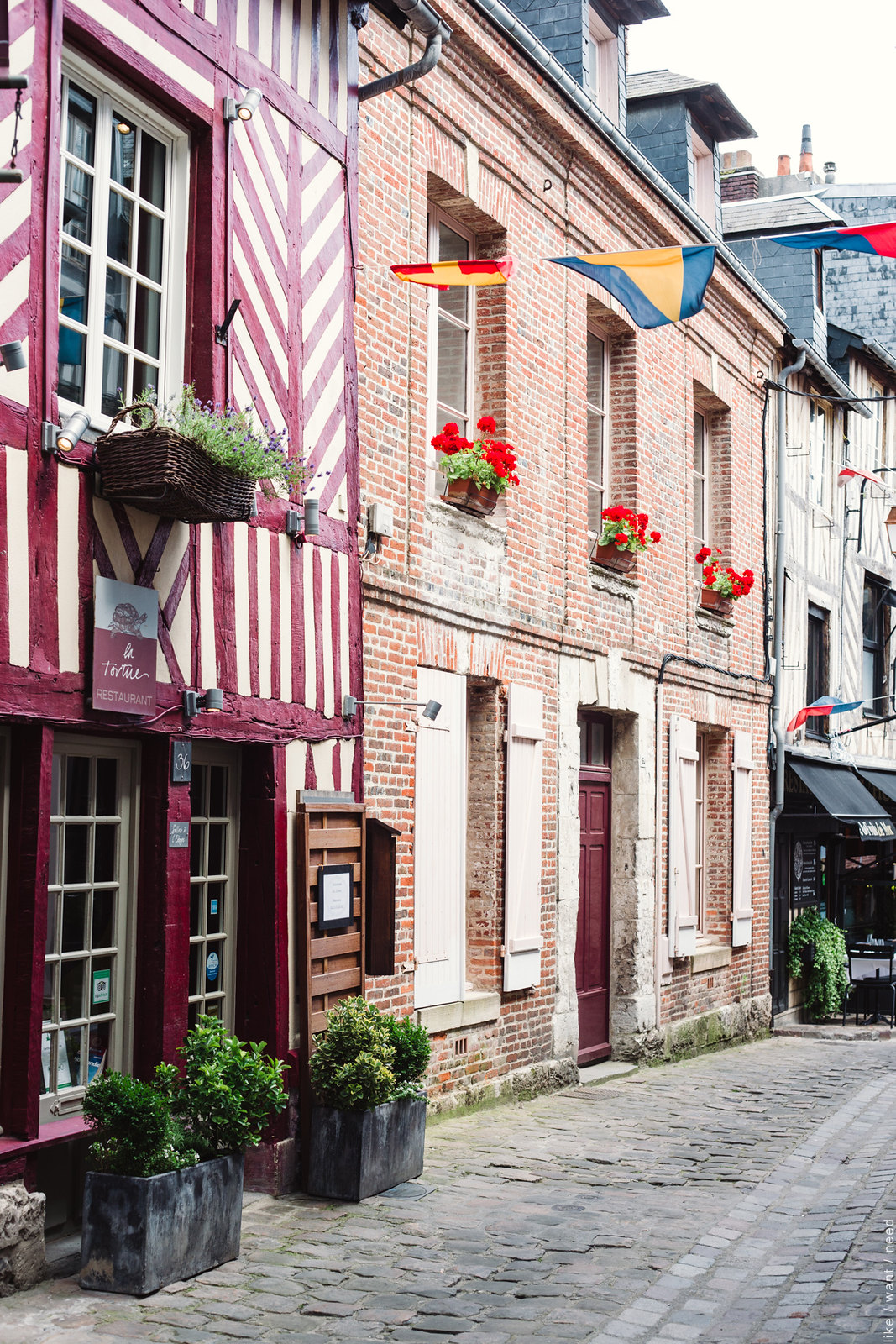 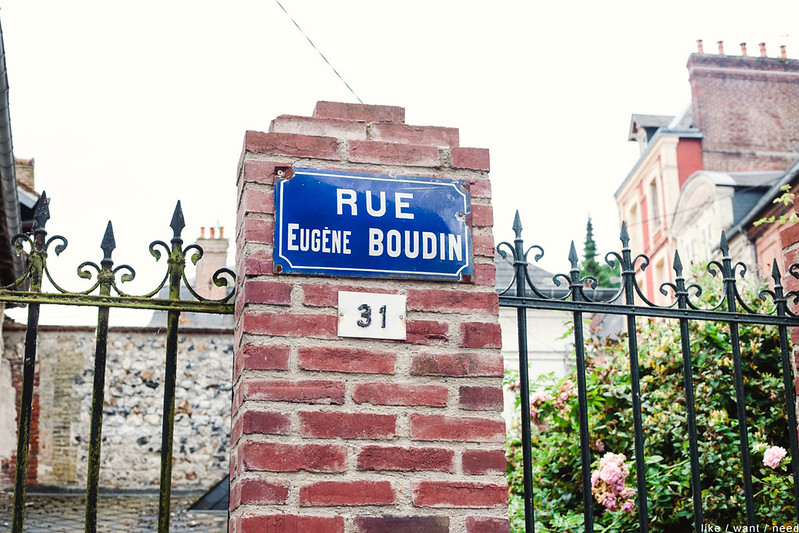 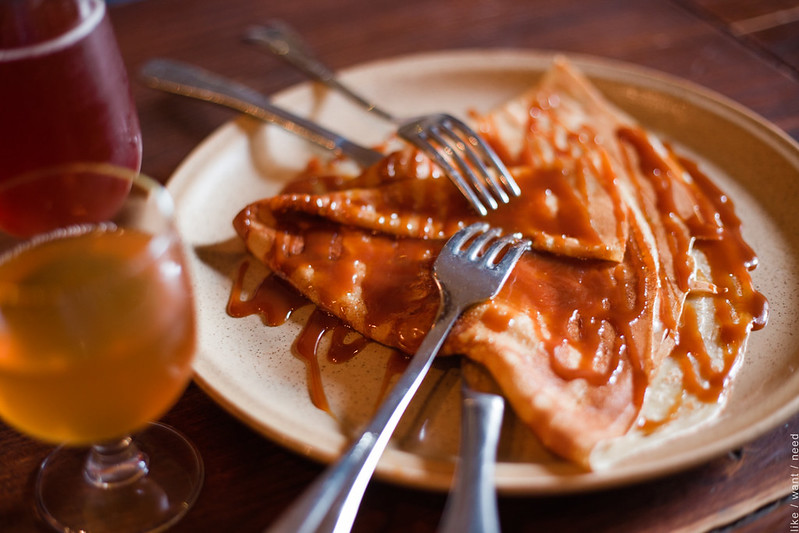 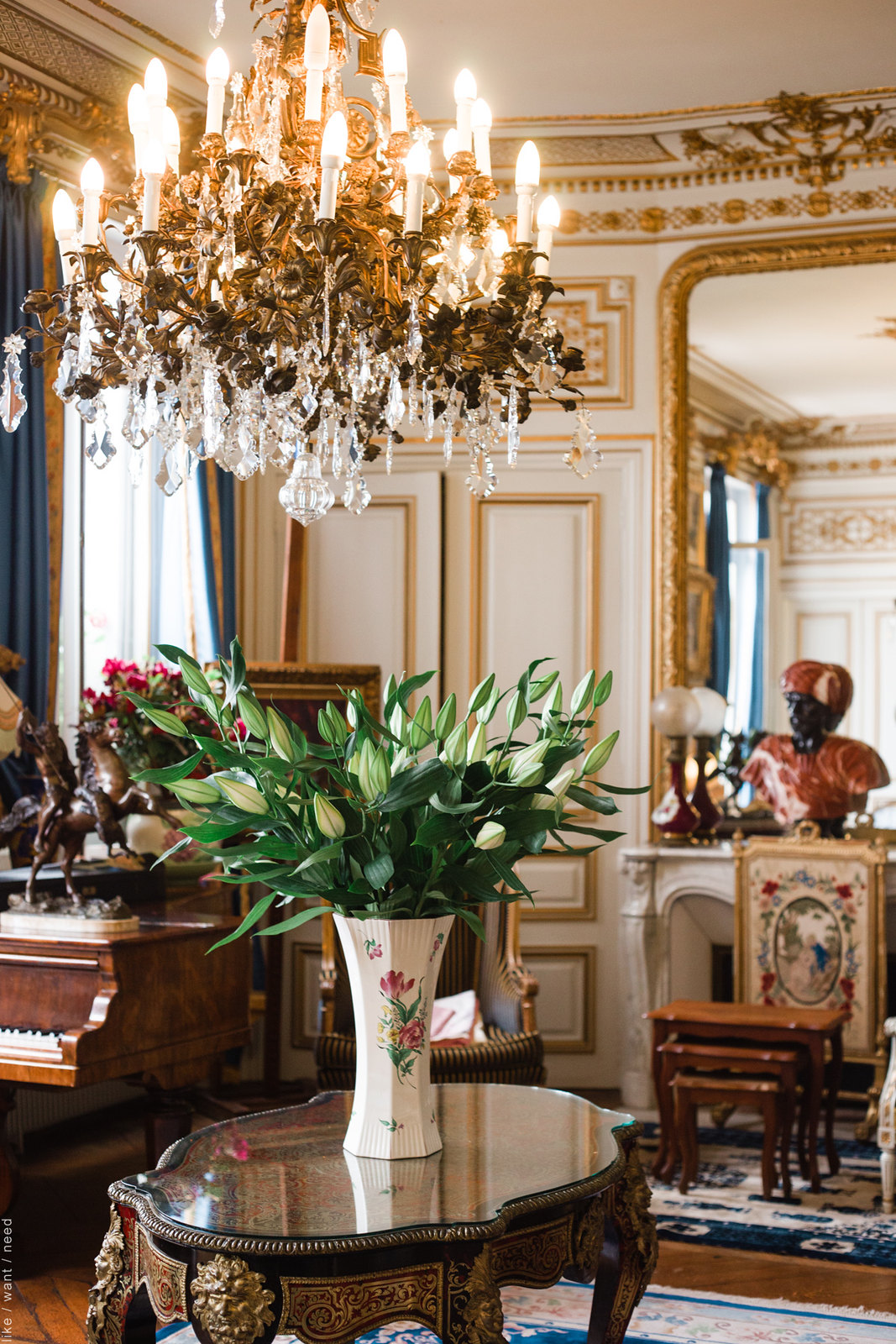 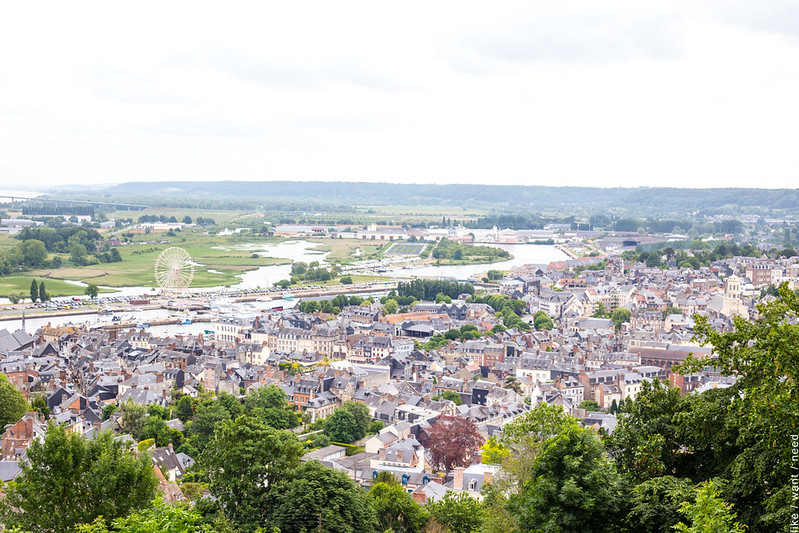 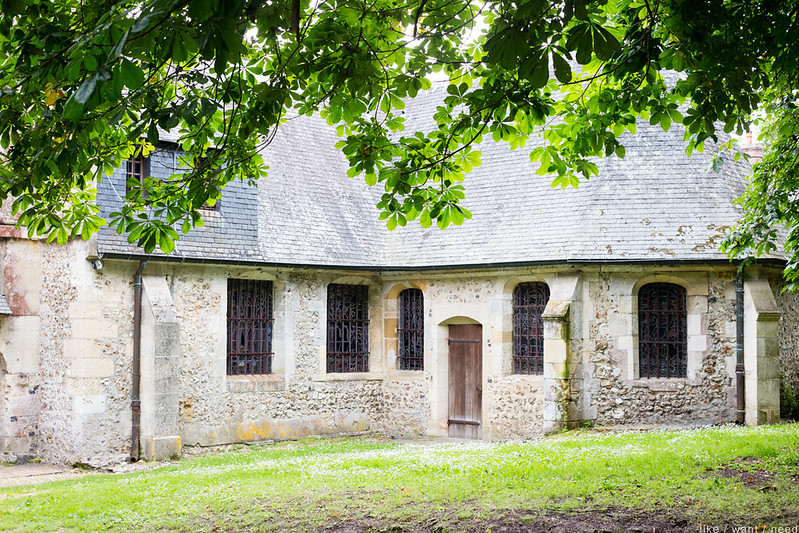 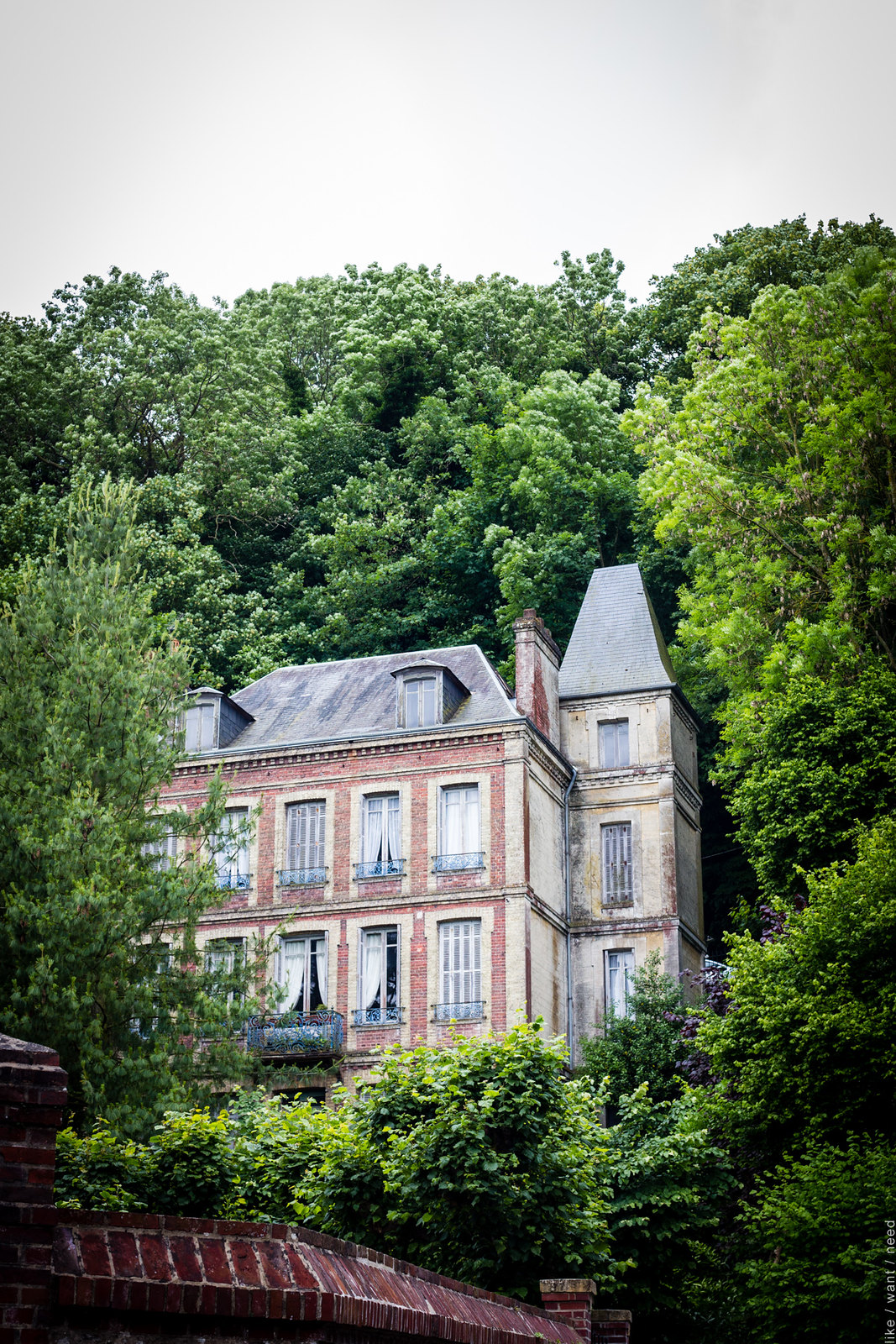 I don’t know why either of us were surprised, but Honfleur is adorable. We spent exactly 24 hours in this tiny portside town and were charmed at every turn. From the narrow, winding cobblestone streets, to the largest church made out of wood in France, to our boutique hotel and all the drinking and eating in between, I can’t recommend it enough if you come to France. Honfleur is nestled along the water in the Normandy region, about two hours northwest of Paris, making it the perfect weekend getaway. You know, assuming you can brave a Parisian car rental agency, Parisian roads (the Arc de Triomphe circle HAS NO TRAFFIC LIGHTS), French highways, getting lost on French highways, etc. At certain points, it felt like Jamal and I were reenacting this scene from “Clueless.” Oh, and he had an eye infection, too, so add that into the mix.

But he was a champ, and the trip was entirely his doing –from picking a town to reserving the car and the hotel. We stayed in a suite at the Hotel l’Ecrin, and while it was a total splurge, it was worth it just to have a wooden spiral staircase to the bedroom. The service was top-notch and the grounds and shared spaces were gorgeous. There was a pool, and a billiard room, and a spa, none of which we got to try. But that only means that we have to go back one day. We both agreed when we checked in that the hotel would be a beautiful spot for a wedding, and sure enough, when we left on Sunday, there was a reception in the back garden.

Normandy, aside from being the site of a major battle in WWII, is also famous for its production of apple cider and Calvados, an apple brandy, something we definitely got a taste for during our stay. Because Honfleur was spared during the WWII bombings, and later liberated by Allied Forces, there are reminders small and large around the city of the Honfleurais’ gratitude — “Welcome to Our Liberators!” was printed on one gift shop window, as the 70th anniversary of D-Day was the week before we arrived, and there was even a tall monument carved into a thick slab of stone near Notre-Dame de Grâce church. We stopped for drinks along the port, tried (and failed) to make friends with a Golden Retriever who lived at an ice cream stand, ate a lot of cheese, hiked to the tippy top of le Mont-Joli hill to take in the view, and I found my dream home (that last photo)!. Doesn’t it look like something out of Harry Potter? I wanted to move in to that top spire.

For dinner, we had the hotel make reservations at Au Relais des Cyclistes, a wholly unfussy local restaurant just off the main strip along the harbor (another one of Jamal’s finds!), where I had the most delicious vegetable soup (I’m still thinking about it) and a grilled salmon steak. With dessert, my three-course meal was under €14. Or, you know, the price of one plate in Paris.

We were sad to leave and, admittedly, the noise level back in Paris was startling to both of us upon re-entry. The only sounds we heard from our hotel room in Honfleur were the occasional bird or crunch of gravel. I’m a city mouse through and through, but sometimes even city mice need a little break. Thanks, Jamal!

Other Fun Details of Note: French highways have designated toll lanes for credit card payments, in addition to cash and the equivalent of an EZ-Pass. You drive up, swipe your credit card, and go. Take note, America! Also, French radio stations play the most random assortment of music. We heard Pink Floyd, Montell Jordan’s “Get It On Tonight,” salsa, Cœur de Pirate, and lots of indeterminable French. Also also, it took us 1h45m to get from Honfleur to Paris, and another 2hrs to drive through the city, get gas, and drop the car off. We don’t have a car back in Philly, either, but I can’t imagine how people do it in Paris.