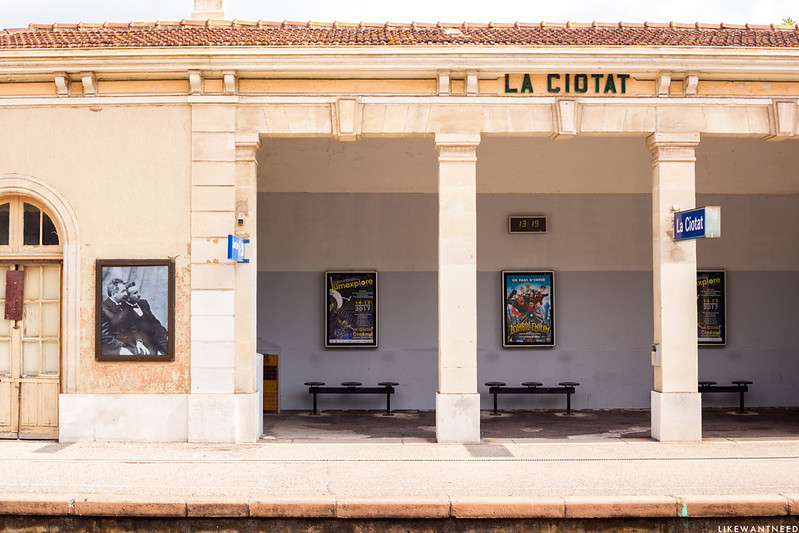 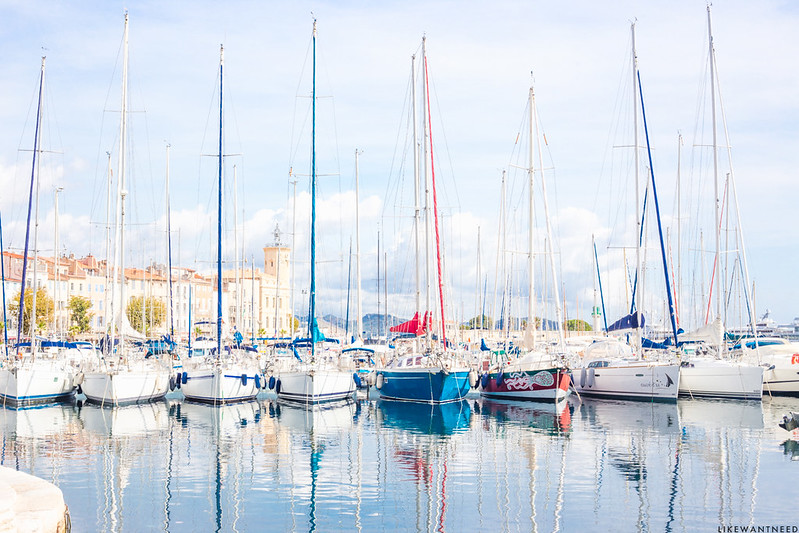 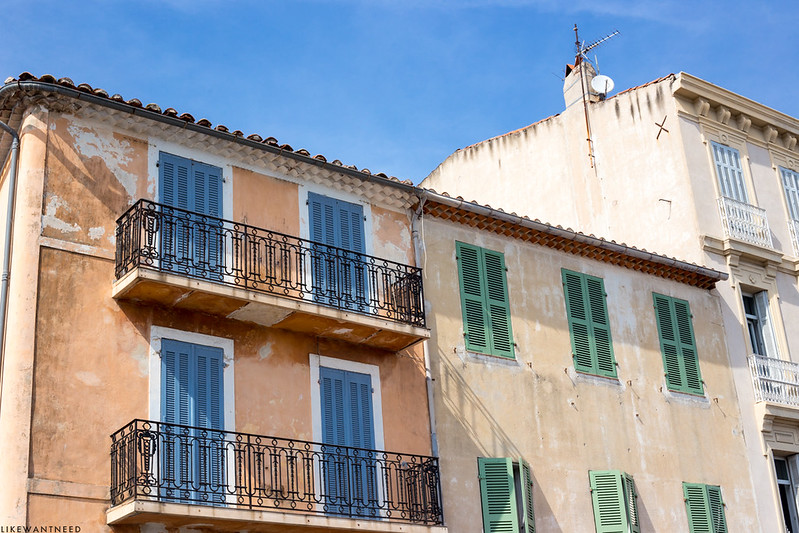 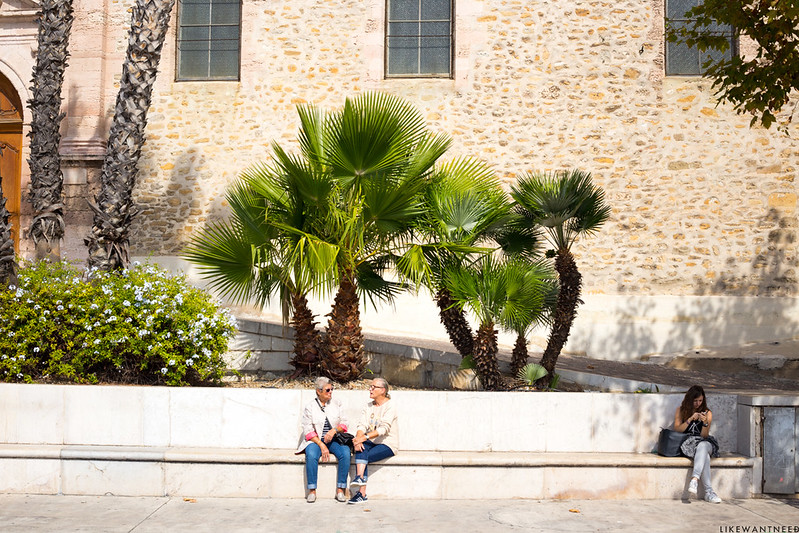 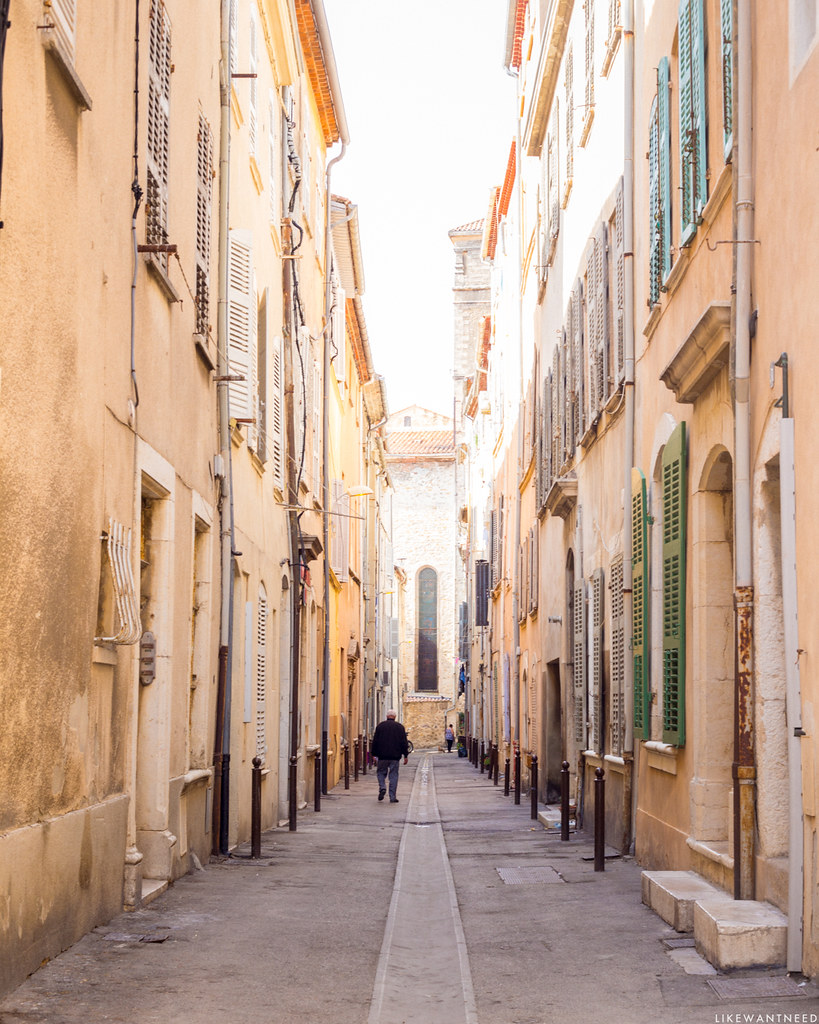 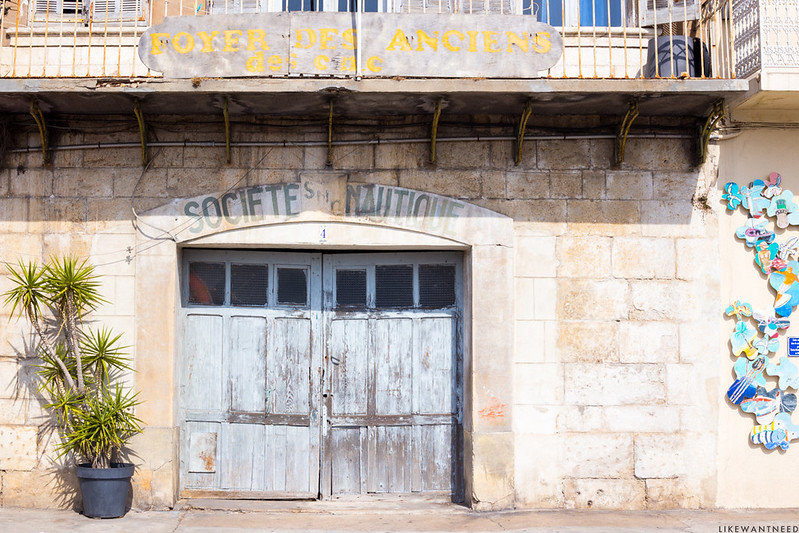 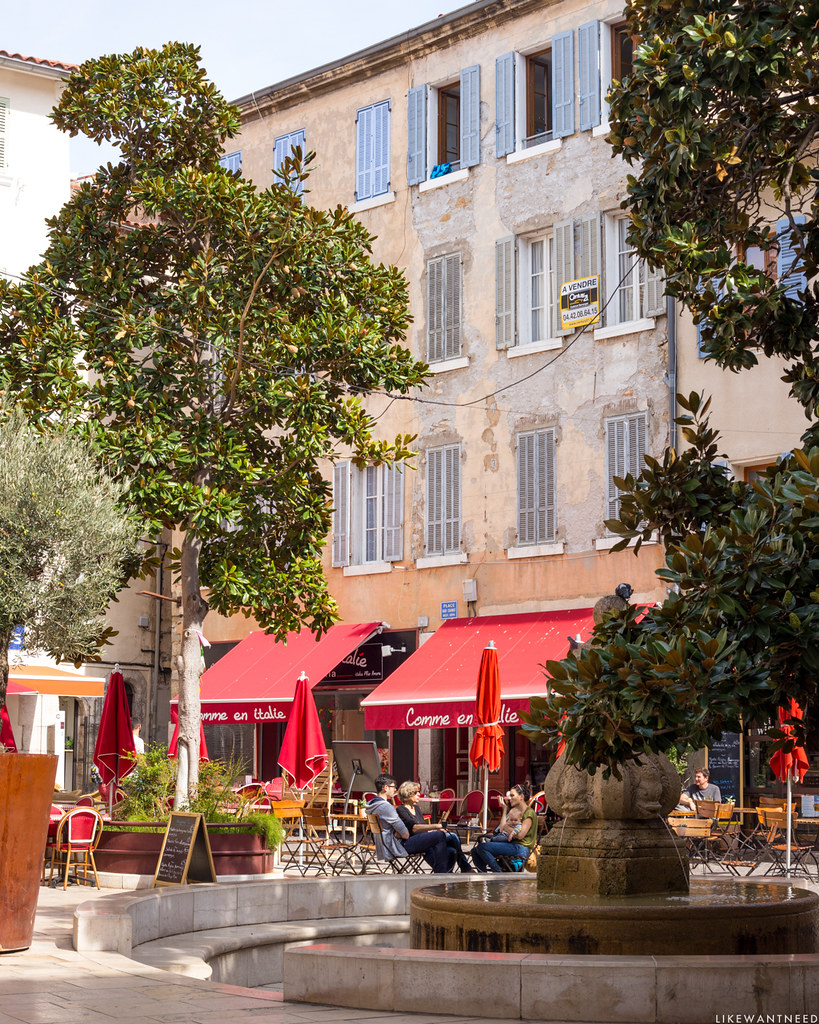 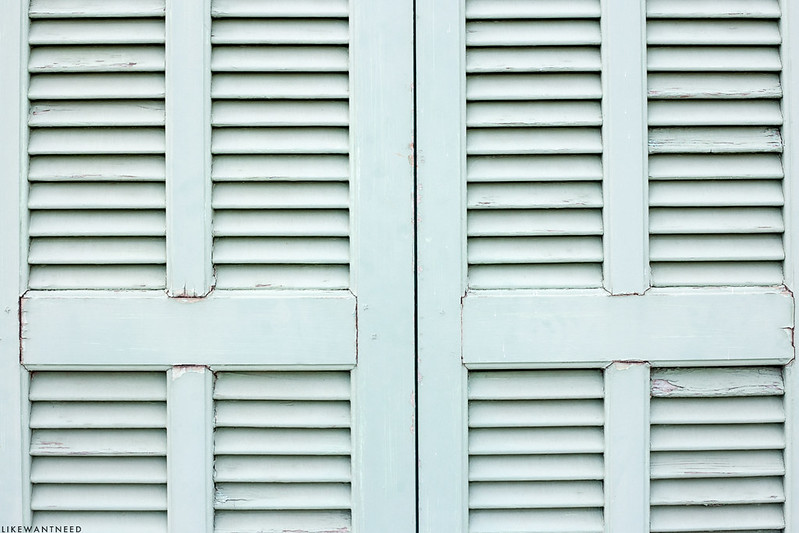 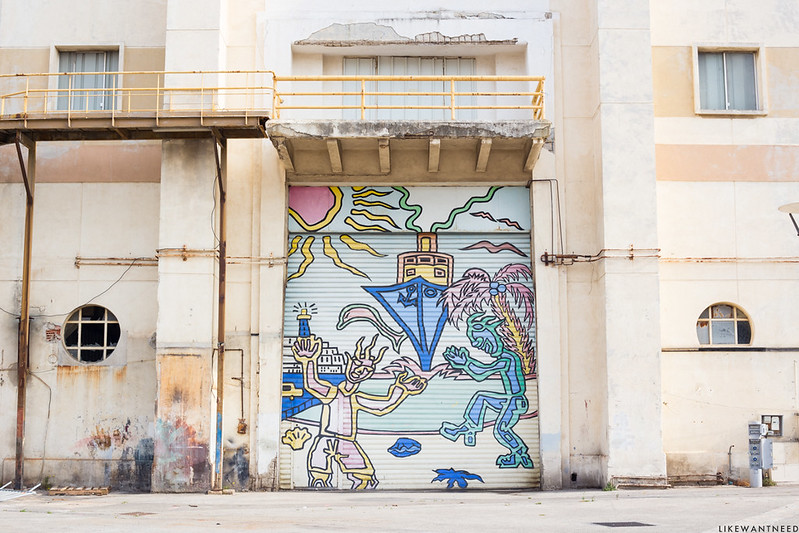 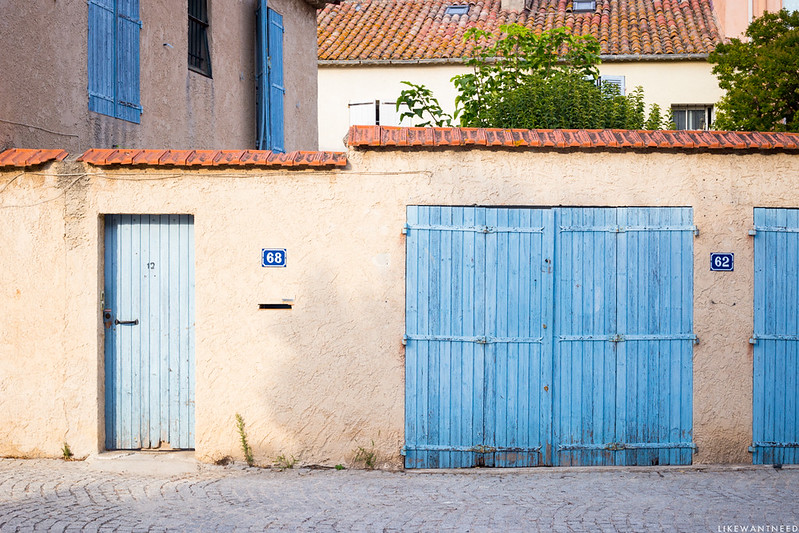 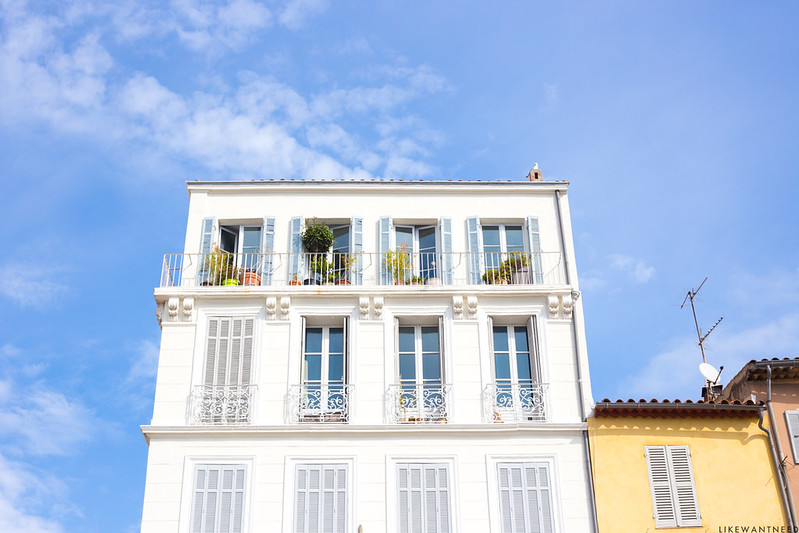 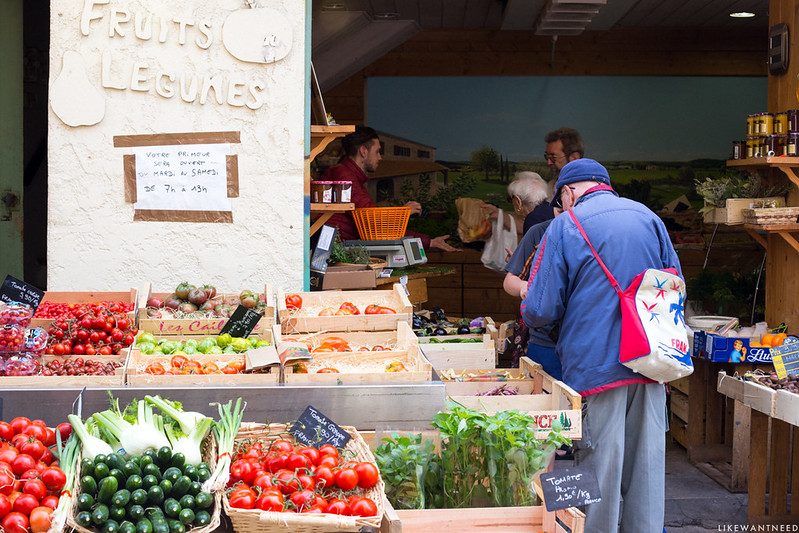 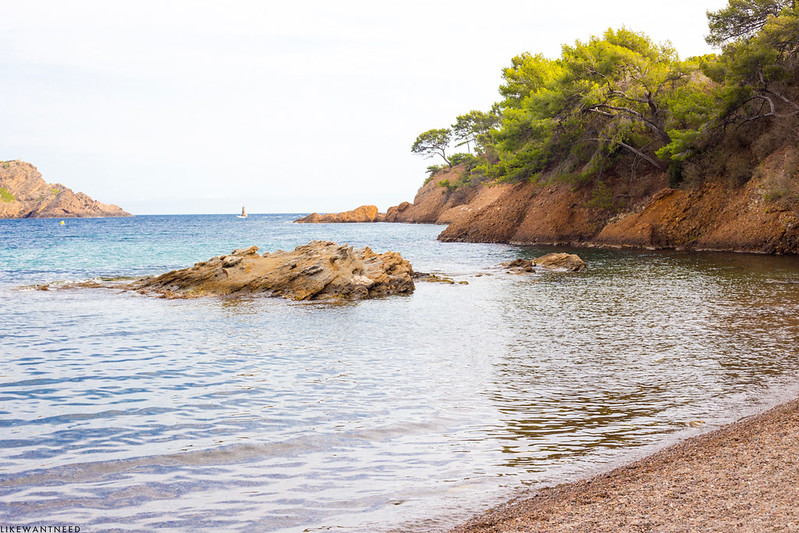 I want to tell you all about La Ciotat.

Four years ago, I closed my eyes and pointed at a map of France, aiming along the southern coast between Marseille and Monaco. I needed a small seaside town that wasn’t well-known, not overly touristy, a little less glitzy and moneyed that the obvious resort towns like Cannes and Nice. Somewhere working-class French locals went every summer. I ended up in La Ciotat, approximately 20km east of Marseille, near Cassis. Famous for being the town where the Lumiere brothers made one of the first motion pictures–of a train pulling in the station–and the birthplace of pétanque–French bocce–La Ciotat is a quaint, sleepy commune with all the charm of the Côte d’Azur, but little present-day notoriety. In other words, it was a perfect place to open my novel. Thanks to Google Maps, I was able to craft four or five chapters in the town; how hard is it to write about two characters spending afternoons at the beach when you can visit the beach in Street View, even if it’s thousands of miles away?

After a whirlwind 30 hour trip in real life, I can safely say I got it mostly right.

On my first Friday in Paris, I took an early morning Uber to Gare de Lyon, where I boarded a train to Marseille. It was raining that morning in Paris, a rarity this trip, but as the train pulled further and further south, the clouds cleared and the sun started shining. Three hours later (after a nap and some quality reading time), we disembarked at Saint-Charles station to balmy weather and a thick, glorious sunshine unlike anything I’d seen before. The light truly is different down there, and even someone as sun-averse as myself, I had a hard time resisting its glow. I bought a ticket for a local train headed to Hyères, and within half an hour I’d arrived in La Ciotat. (Side-note: no one ever checked my ticket on the local train, to or from Marseille, so I basically donated €8 to SNCF out of the kindness of my heart.)(Side-note #2: the French rail system is a thing of beauty and a model of convenience.)

All of my research and Google Earth stalking hadn’t prepared me for just how cute this place is; I couldn’t handle it. The bus into the center of town–which cost a whopping 90 cents for an all-day pass–played Stromae and Keane (!!), and as it rounded a corner and I got my first view of the glittering Mediterranean water in the early afternoon sun, I gasped out loud. Being late September, the town was mostly empty of tourists, leaving only locals around and all of the restaurant terraces facing the sea empty. La Ciotat is small, I can’t stress that enough; I walked from one end of the waterfront to the other in about 40 minutes. One the north side there are long beaches, and all the way at the south is a giant nature reserve, Parc du Mugel, with calanques and rocky inlets with shrubby swimming holes, and tons of fishing boats docked in the Vieux Port in the middle of town. It’s decidedly working-class and unfussy, there’s graffiti and the paint on every building is delightfully chippy. The age of the local population averaged about 60, from my brief study, and the pace there is just different, slower, more relaxed. Melted, even.

I stayed right at the end of the Vieux Port, overlooking boats bobbing in the dock, and the long pier that marks the end of the city center. At the end of the pier is a two-story dance club called Sûr Les Quais, which features a different theme and DJ every night, and also features prominently in the beginning of my book. Since it was the off-season and the hotel was empty, they upgraded my room at check-in, and so I was able to write on my large balcony the next morning, staring directly at the club. It was the eeriest thing, being in a place that for so long has felt fictional, alive only on the page for me. I half-expected my characters to come stumbling out of the club at 4am–when the town finally went to sleep that night!–and call for me at my window. (Does that sound psychotic?)

For dinner that night, I ate along the water at a crêpe restaurant, and brought a book with me. I’d started reading Julia Child’s “My Life in France” on the plane to Paris–I like themed reading–and she had been casually narrating my trip thus far, describing Paris in September as the weather changed, etc. As I tucked into my dessert, I was about 200 pages in when Julia’s husband Paul gets reassigned to a posting in Marseille. “Oh!” I thought. “How funny. Now she’s following me to the south of France.” Not a paragraph later, she and Paul take a drive along the coast with a packed picnic lunch, and stop in La Ciotat for the afternoon. My eyes bulged out of my head. There I was, sitting in La Ciotat, reading about Julia Child sitting in La Ciotat, a town I’d never heard of before randomly picking it off a map years before. Spooky!

The whole experience in the town felt like that, honestly. Like I’d made this place up and it had come to life on its own, existing exactly the way I’d written it, and only for me. To say I’d fallen in love would be an understatement.