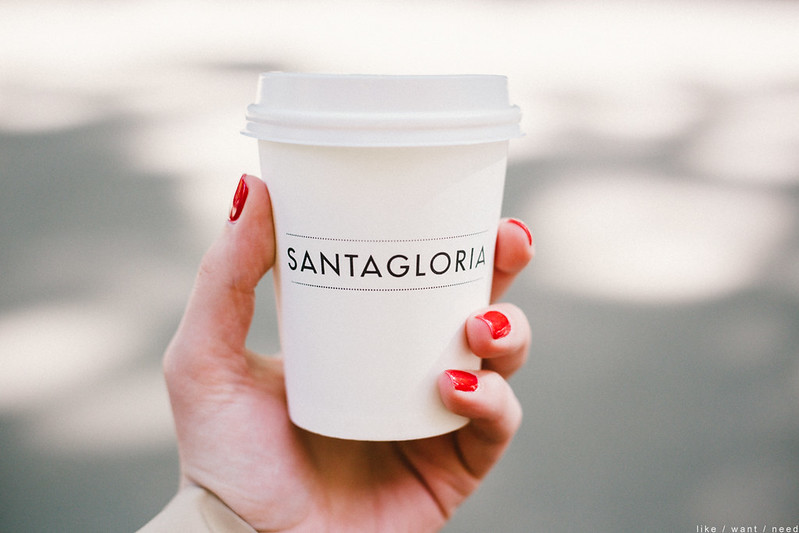 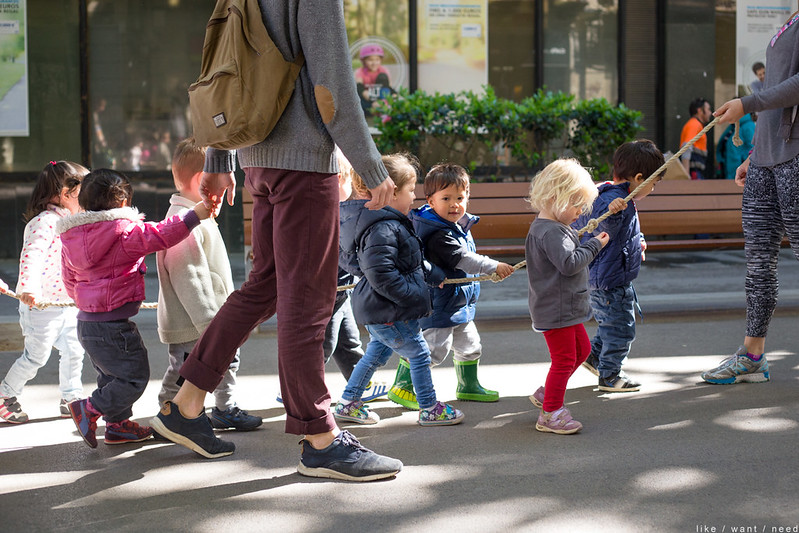 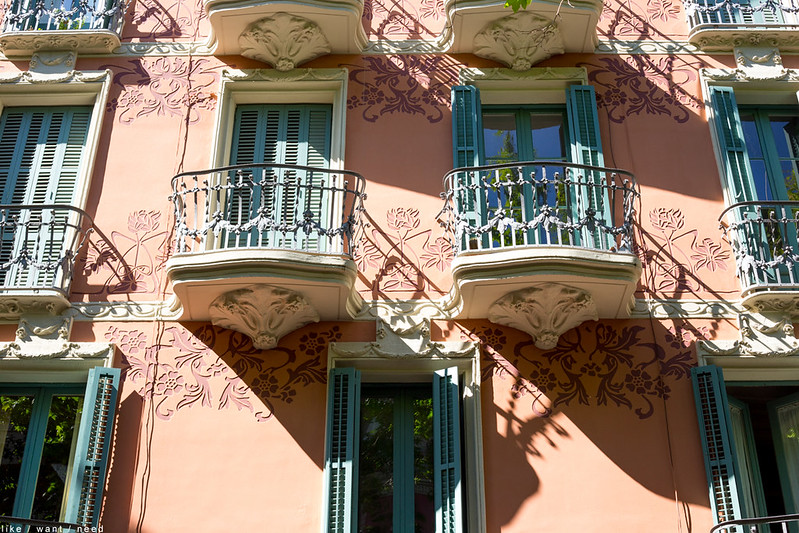 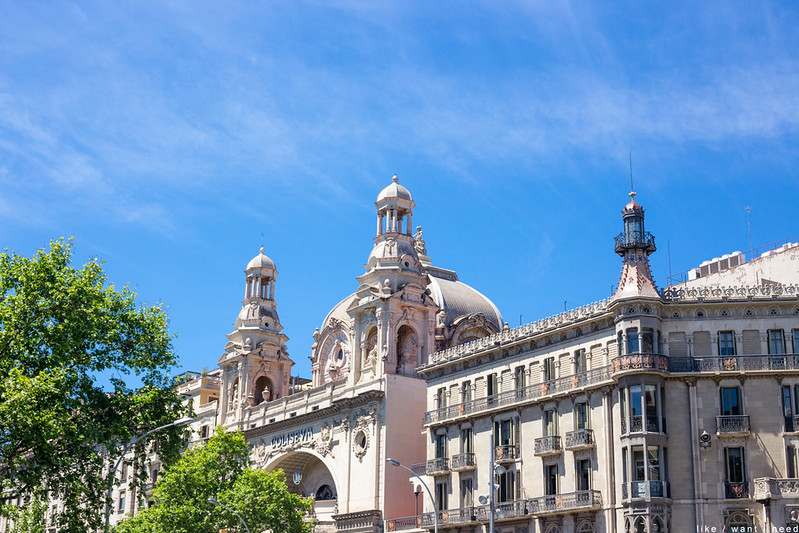 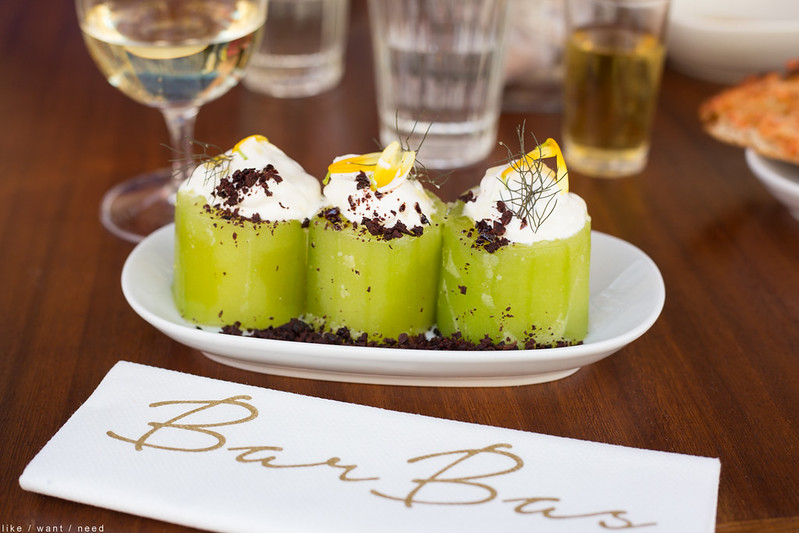 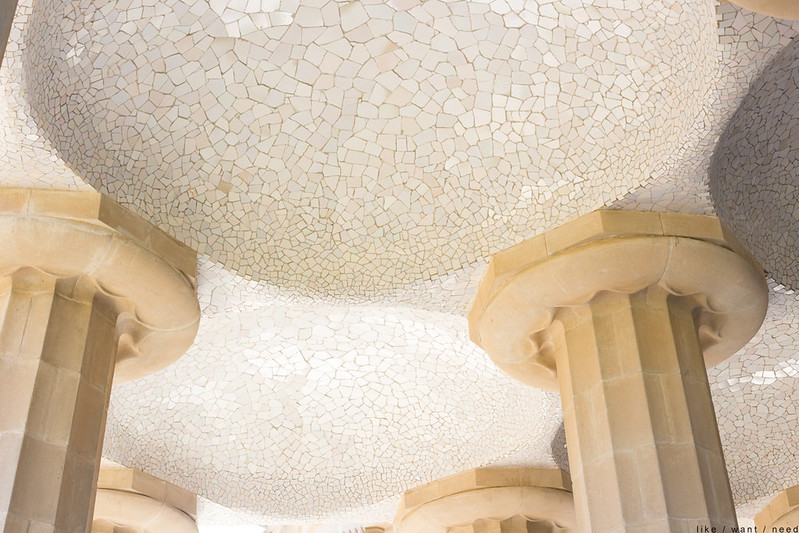 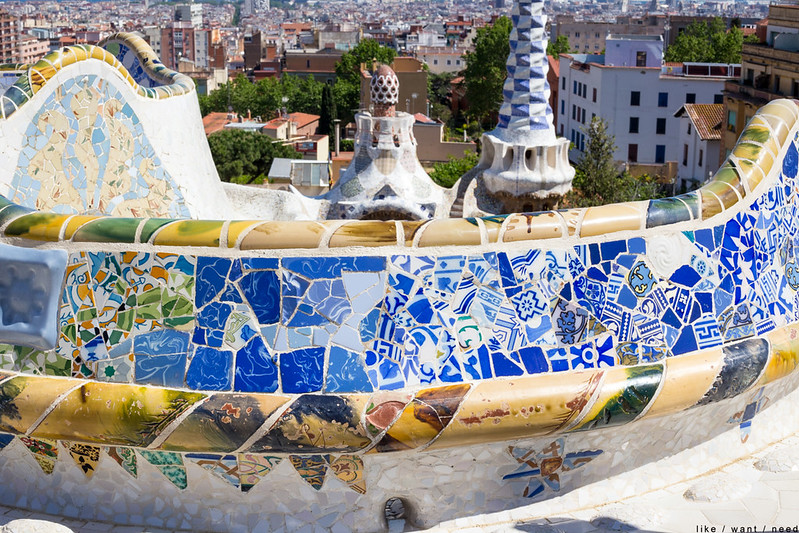 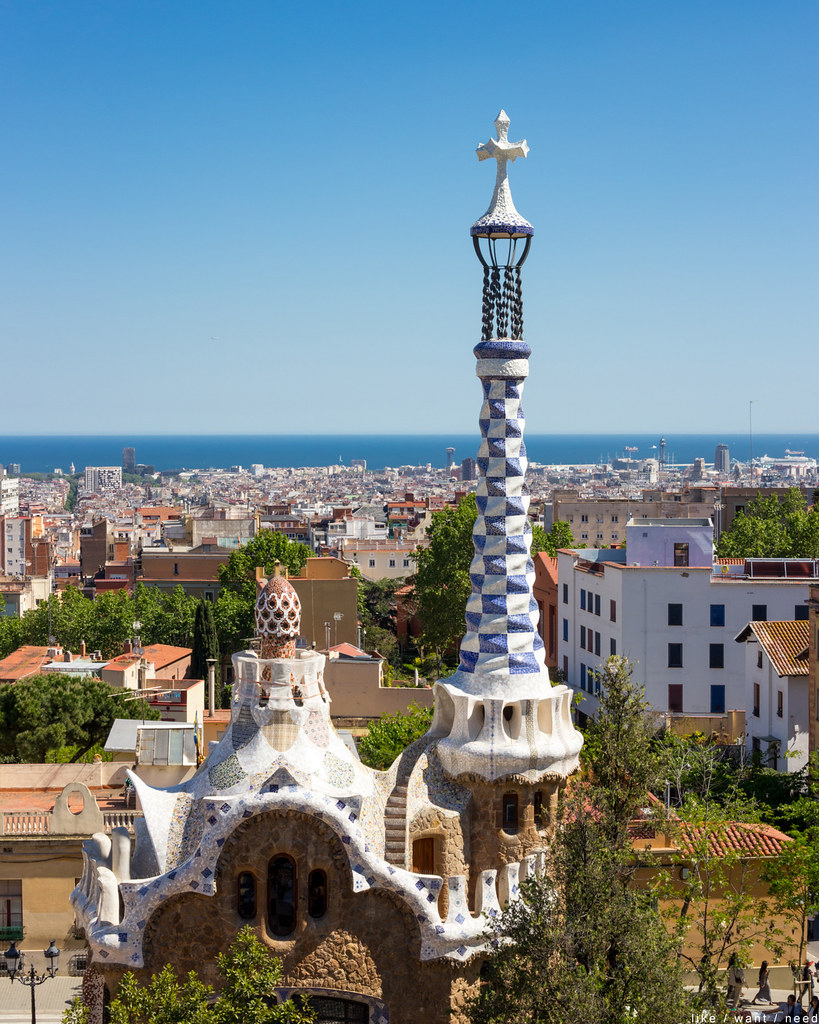 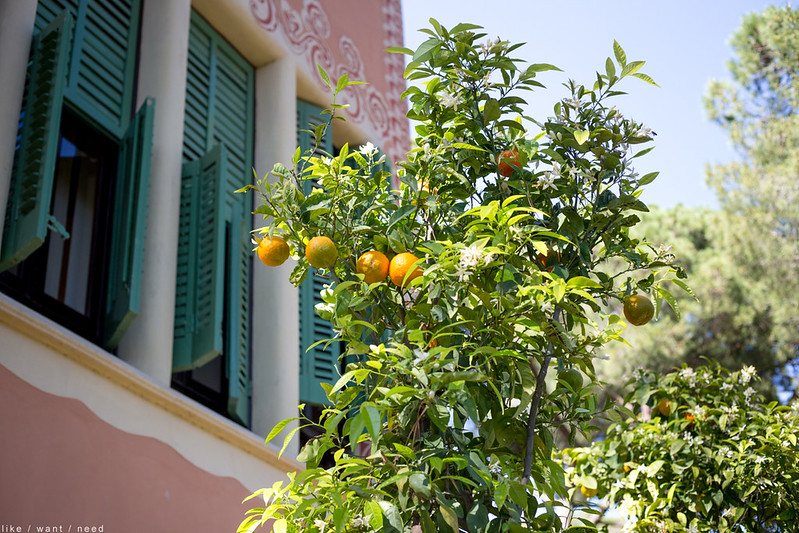 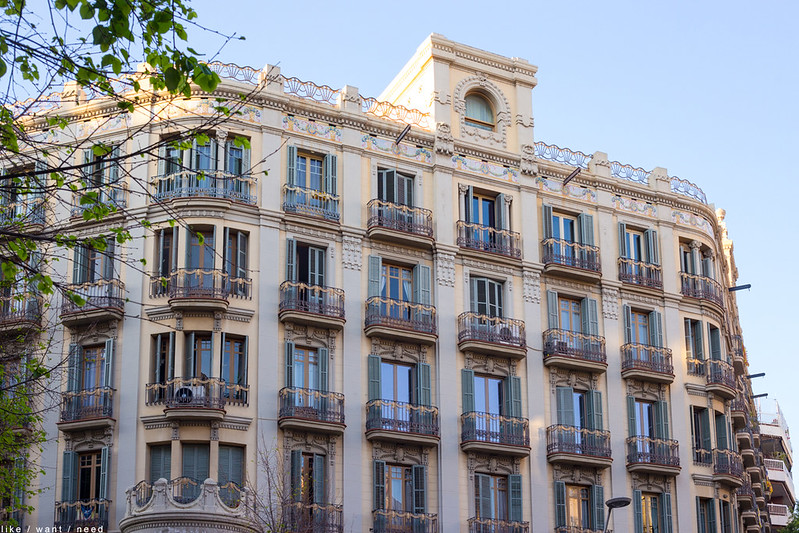 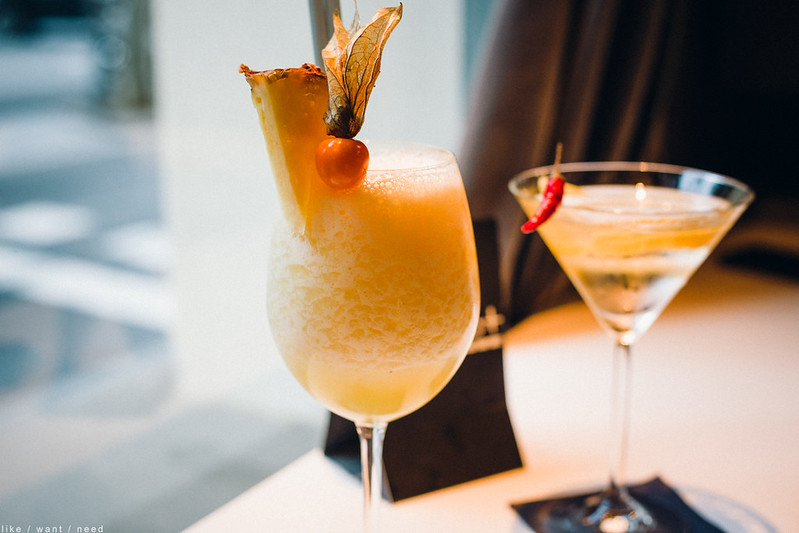 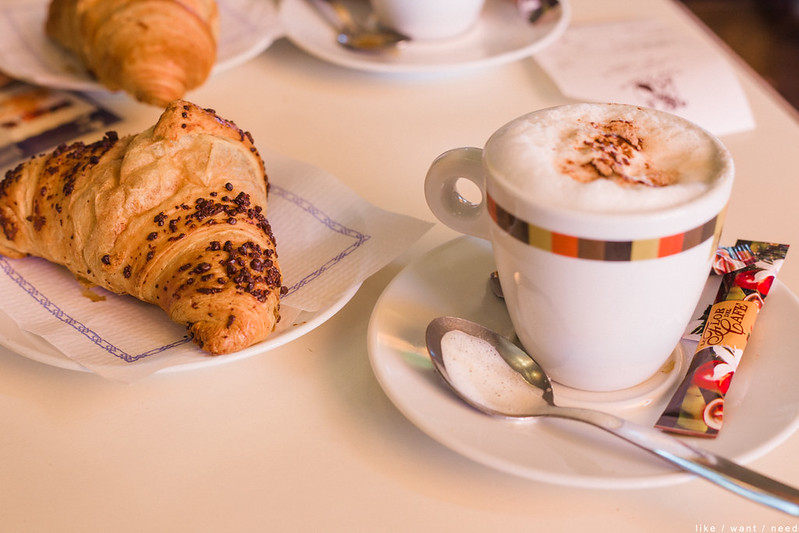 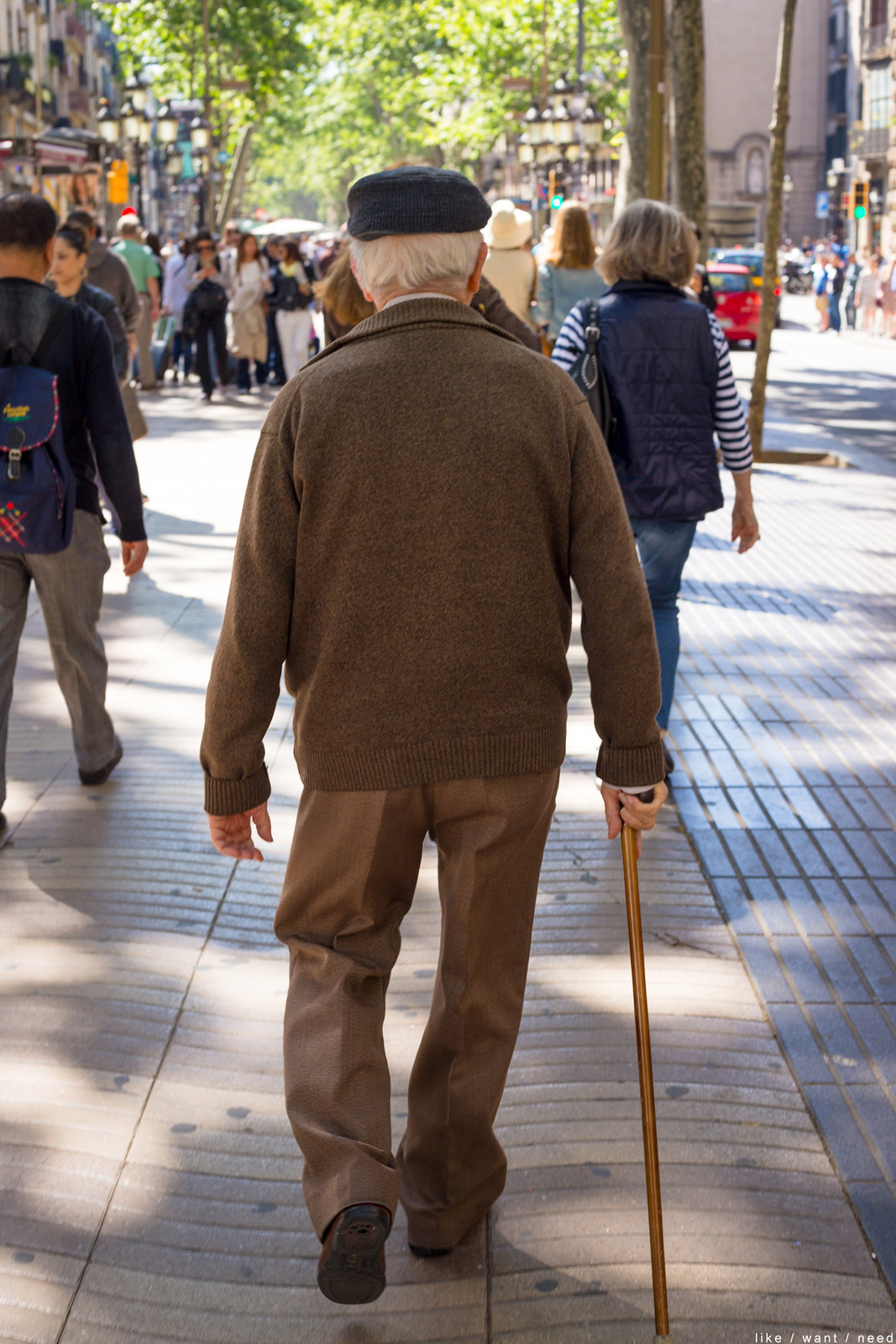 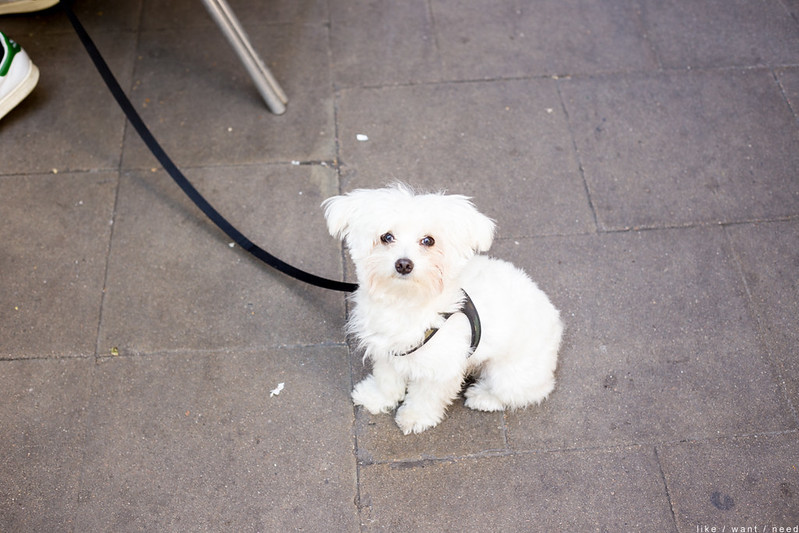 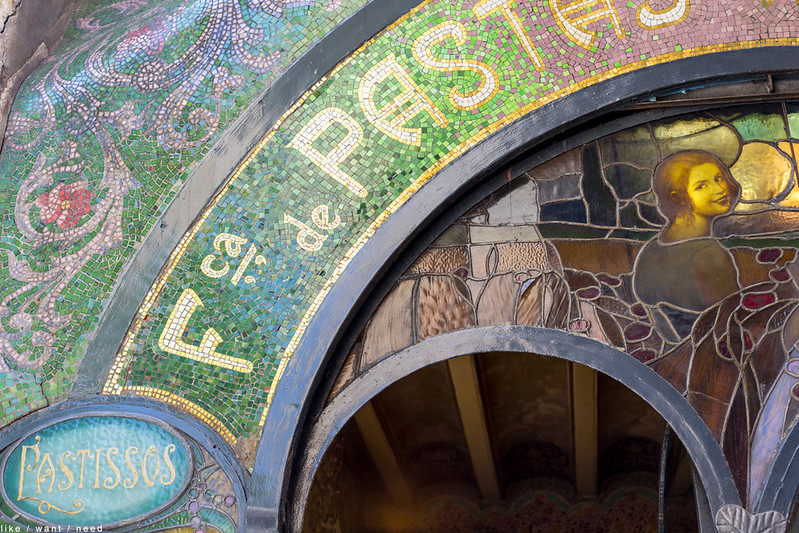 Did I mentioned we loved Barcelona? The weather was glorious, all sunny skies and crisp morning breezes; there was only one afternoon where temperatures rose into the 70s, and it coincided with our visit to Park Güell to see more of Gaudí’s work. We underestimated how much time it would take to get there on the metro, and then we got lost trying to find it, and since the tickets are good only for a specific time slot, we were sort of in a panic. You only need tickets to see the Gaudí structures, and the rest of the massive, sprawling park is free to the public. Families were having picnics, there were men playing guitar, but I was frankly most excited to see the exact spot where Top Model Cycle 7 had their final runway challenge (Jamal did not understand). Park Güell was originally intended to be a private housing development, with shared green space for about 60 Gaudí-designed homes. They only ended up building 2 or 3 before running out of money, and Gaudí lived in the model home. For a man who designed such intricate, visionary buildings, he lived rather modestly; his bedroom contained a single bed, a crucifix, and one small bedside table.

We moved for our last few nights to the Cotton House Hotel on the Gran Via de Les Corts Catalanes, which was, without a doubt, the nicest hotel I’ve ever stayed in. The hotel is a converted mansion that the original cotton magnate of Barcelona built for his wife, and was just oozing comfortable luxury. We used Jamal’s hotel points, and they surprised us with an upgraded suite with a balcony overlooking the terrace. We even saw Keith Richards in the lobby! At least, we think it was Keith Richards. It may have been a very convincing dopplegänger.

Gran Via was close to the main shopping thoroughfare of Passeig de Gracia, and only a 10-15 minute walk to nearly everything else in the city. We are already dreaming (and scheming) about going back, to that hotel specifically, but Barcelona more generally. Cute puppies, strong cocktails, chocolate-covered croissants, and gorgeous architecture? Can you blame us for wanting to go back?