A big thank you to my darling Santa for alerting me to the above image’s (taken along the Rue des Abbesses in March 2013) popularity on Pinterest. Apparently, her pin of the photo has been repinned well over 100 times, and she sweetly suggested capitalizing on its ‘fame’ by making it available in the Print Shop! It’s funny, I never know which photographs will grow legs and take off online; photographers are notoriously bad at guessing which prints people will like the most. Even after I saw the repin count, I still asked myself, “That one? Really?” But I took Santa’s advice and added an 8×12 print for sale! Thanks again, lovely!

And speaking of sale, I wouldn’t be living up to my requirements as an American unless I added an element of consumerism to this week of giving thanks. Therefore: From now until November 29th, use the coupon code LWNBLACKFRIDAY at checkout for 25% off and free shipping on all orders in the Print Shop! No limit to how many prints you can buy! (Though I should note that because I’ll be in Paris after Saturday, all orders placed after Friday will ship out when I get back. You’ll still have them in plenty of time for the holidays!)

Happy shopping, kiddos! Thank you for your continued support with the Print Shop! 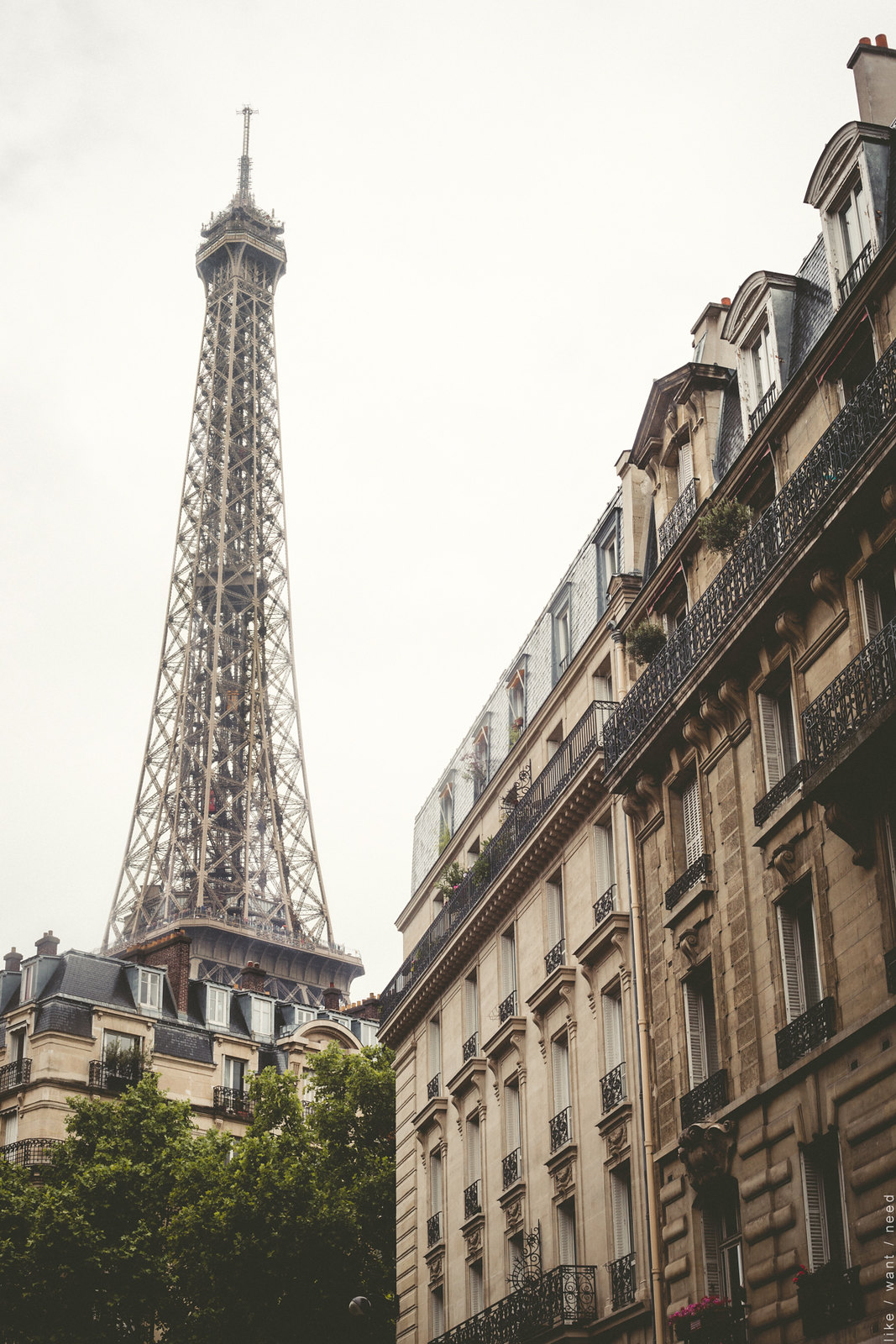 In August, to honor the 9th anniversary of my dad’s death, I booked a flight to Paris for just after Thanksgiving, to give me something to look forward to, a bright spot on an otherwise bleak day. To buoy me the way Paris always does, in its ineluctable magnetism. It would be my second trip this year, coming just six months after a quick stop in May, and though it might seem excessive to some, to me, Paris has long felt as necessary as breathing. It’s a required part of my life.

I’ve had a suitcase packed since the first day in November. I’ve had an itinerary drafted for each day I’m there for weeks; tentatively, of course, and allowing for ample time to wander and stop in a café or deviate from the plan. I’ve made sure to pack my empty Mariage Frères tea tins to refill at the boutique. A new umbrella for the inevitable winter rain. Gloves. An extra memory card for my camera. Everything I thought I’d need.

And then Friday happened. Attends, this isn’t about me. I wasn’t there, I don’t live there (yet), and despite my best efforts to the contrary, I’m not actually French. My platitudes will seem empty and weak, but I need to voice them anyway, because, as my friend Lyndsey told me early Saturday morning –after I’d woken up and had felt, for those first thirty seconds of confused consciousness, that everything had been a nightmare– “You are in love with Paris. And you need to stand by it.” I am in love with Paris, and I need to stand by it. I suppose, then, that I could be forgiven, in the immediate aftermath of the tragedy Friday night, for briefly considering not going at the end of the month. For canceling my flight, eating the cost of everything, in the name of panic. Love allows for momentary lapses in faith and judgement, I hope. Because as I watched the coverage deep into the evening, crying and stricken with a sense of helplessness and fear, I thought, “Of course I can’t go now.” Simultaneously, I knew, “Of course I must.”

In January, after the Charlie Hebdo massacre, “Paris will recover, has shown it is capable of overcoming the darkness in the days since the attack. For a city so filled with light, how could it not?” It seemed a given, and the city and its inhabitants banded together in the most beautiful show off strength and solidarity. And when I was there in May, the city was back to normal, or whatever the new normal was. It was easy to feel safe then. But in 12 days, when I go back, I don’t think I’ll have the same (false?) sense of security.

There’s been so much said in the endless media coverage the last few days that the targets were ‘random’ and rather than being specific artists at a satirical newspaper, it was everday people out on a Friday night after a long work week. The attacks on Friday were not random. The target on Friday wasn’t a specific person for exercising their freedom of speech, but rather an entire way of life. But that doesn’t make it any less deliberate than what happened in January. The targets were centralized around one of the most diverse neighborhoods in Paris, where people of all races and ethnicities live and work. They were places people could mix freely, drink alcohol, watch an international sporting event, listen to American music, dance in public, laugh, kiss, smoke, be outside without fear, in clothing they chose. The very things the terrorists abhor. The attacks were not random, the attackers just didn’t care about first and last names this time.

Does that mean everyone changes their lives in response to this horror? It could happen here tomorrow, and I wouldn’t consider staying indoors in Philadelphia for the rest of my life. So of course I’m going to Paris. I’m going to Paris in 12 days, and I’m going again in March. I’ll probably try to go again at the end of next year, because I can’t –and won’t– stay away. There’s something to be said about “not letting the terrorists win,” that oft repeated line we hear whenever something like this happens.

I wonder what sort of mood I’ll find in Paris this time. It’s changed the entire atmosphere of my trip, tinged it with a surreal, nervous edge. But I don’t get to complain, because I’m alive, and everyone I know in Paris is alive and safe, too. I’m going back, because I am in love with Paris.

I recently, somehow, recognized some…similarities between these two photos, taken a year apart and in different countries, and thought it was too funny not to share: 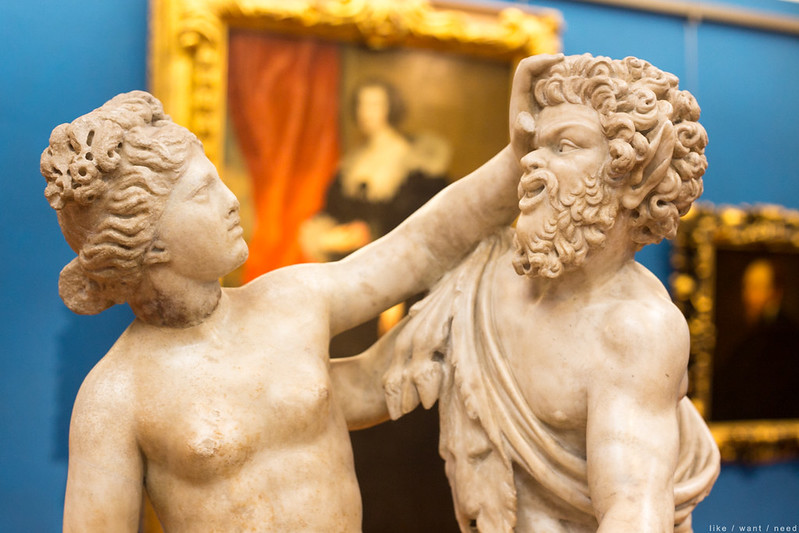 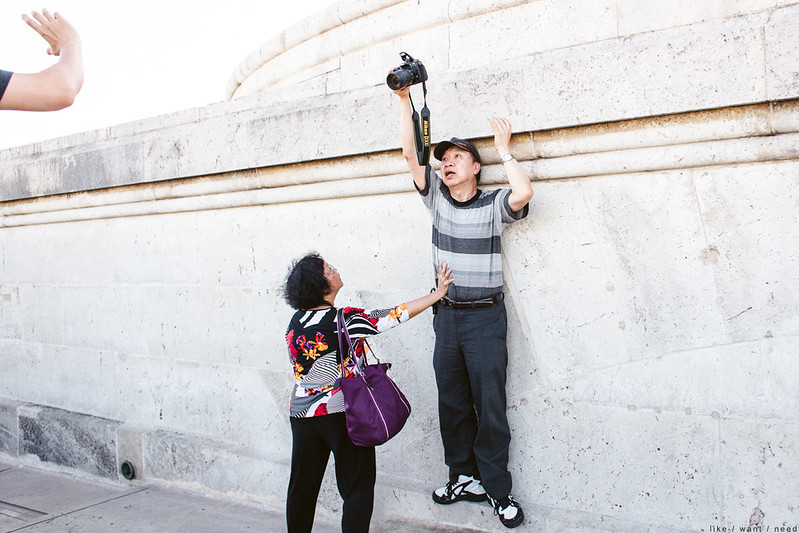 Have a great weekend, kiddos! I’ll be back with more substantial posts next week (I think!).

[Disclaimer: I am going to use the word ‘pregnant’ in this post. This in no way means I am pregnant, thinking about becoming pregnant, or wanting to become pregnant. Mom.]

You know that instinct that surges in pregnant women called ‘nesting’? Where they wake up one morning and decide to spruce everything up like little happy birds, clean out every nook and cranny, and make sure everything is just so for the impending arrival of new life? Is there an equivalent instinct in non-pregnant women? I suppose we could call it “purging” or “decluttering,” or, following the current trend sweeping across social media, the “KonMari Method,” from the book “The Life-Changing Magic of Tidying Up.” Growing up, my mom simply called it, “throwing shit away,” and if you need a book to tell you how to do that, I feel bad for you son. I got 99 problems but clutter ain’t one.

Though, recently, I’ve noticed that it kind of is a problem. I woke up one morning with the (admittedly totally-batshit-insane) thought that, “If we had to move to Paris today, we would have too much shit to bring with us, we couldn’t do it, how would it all fit on a shipping crate?” I looked around, and felt smothered. My house suddenly felt like a mix of the Collyer Brothers brownstone and Grey Gardens. Who needs this many DVDs anymore? Why do we have three mostly-empty bottles of shaving cream under the sink next to cough syrup that expired in 2014? Where did all of this stuff come from? How do I get rid of it??

So the past week has found me decluttering and non-nesting like a fiend. On Monday night, I had the totally normal urge to pull the stove out from the wall and vacuum behind it, as well as wipe down the sides. I’ve boxed up a ton of kitchen stuff (tiny coffee maker we bought at Walgreens but have never used? Buh-bye!) to take to a donation center, threw away a handful of old kitchen utensils (gross spatula in the back of the drawer that had partially melted? See ya!), tossed a Vanity Fair from 2003 I’ve been holding on to (I love JFK Jr. and Carolyn as much as the next person, but saving a 12 year old magazine isn’t doing anybody any good) and took a stack of DVDs to sell at FYE. I made a paltry $8, but it isn’t even about the money. I just don’t want it in my house anymore. I took some old purses and nicer clothes to a consignment store, and have another round ready to go next week. All those tiny samples I’ve accumulated from Sephora and Macy’s that I’ve never used? Gone. All those comfortable old underwear we keep even though the elastic is stretched or they’re starting to rip? (Admit it, you have these, too) Trash. Books? Books are proving harder to part with than I expected, but I have a small stack to take to a used bookstore, and my fiend Jess took a few, too. Borrowing books from the library has been an enormous help, too.

Am I alone in this? Is this just spring cleaning a season early? I wonder if there’s not some larger cultural shift, where, because we’re so digital these days (does anyone print photographs anymore? Or are they all stored on your hard drive?), it’s spilling over into other parts of my life, too.

And now if you’ll excuse me, I have some more closets to go purge.