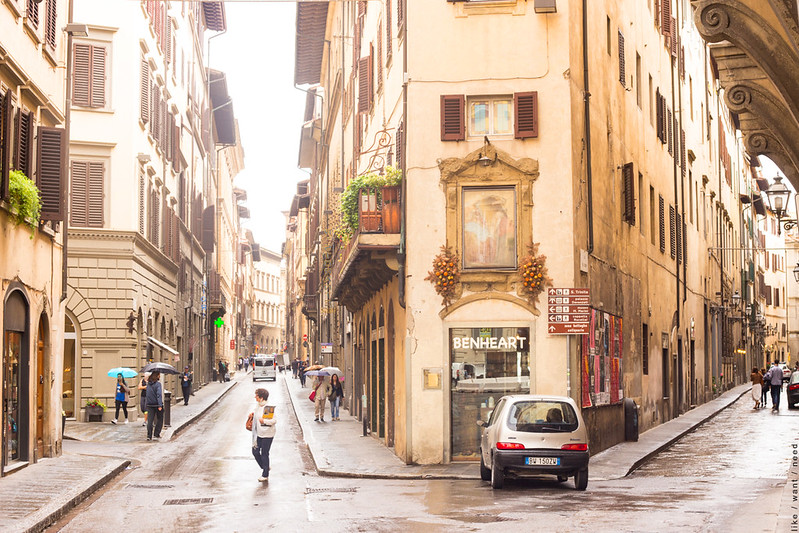 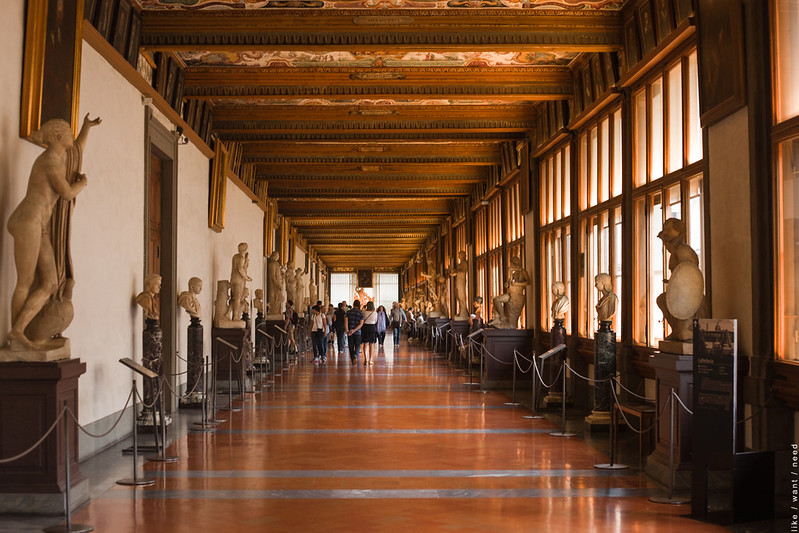 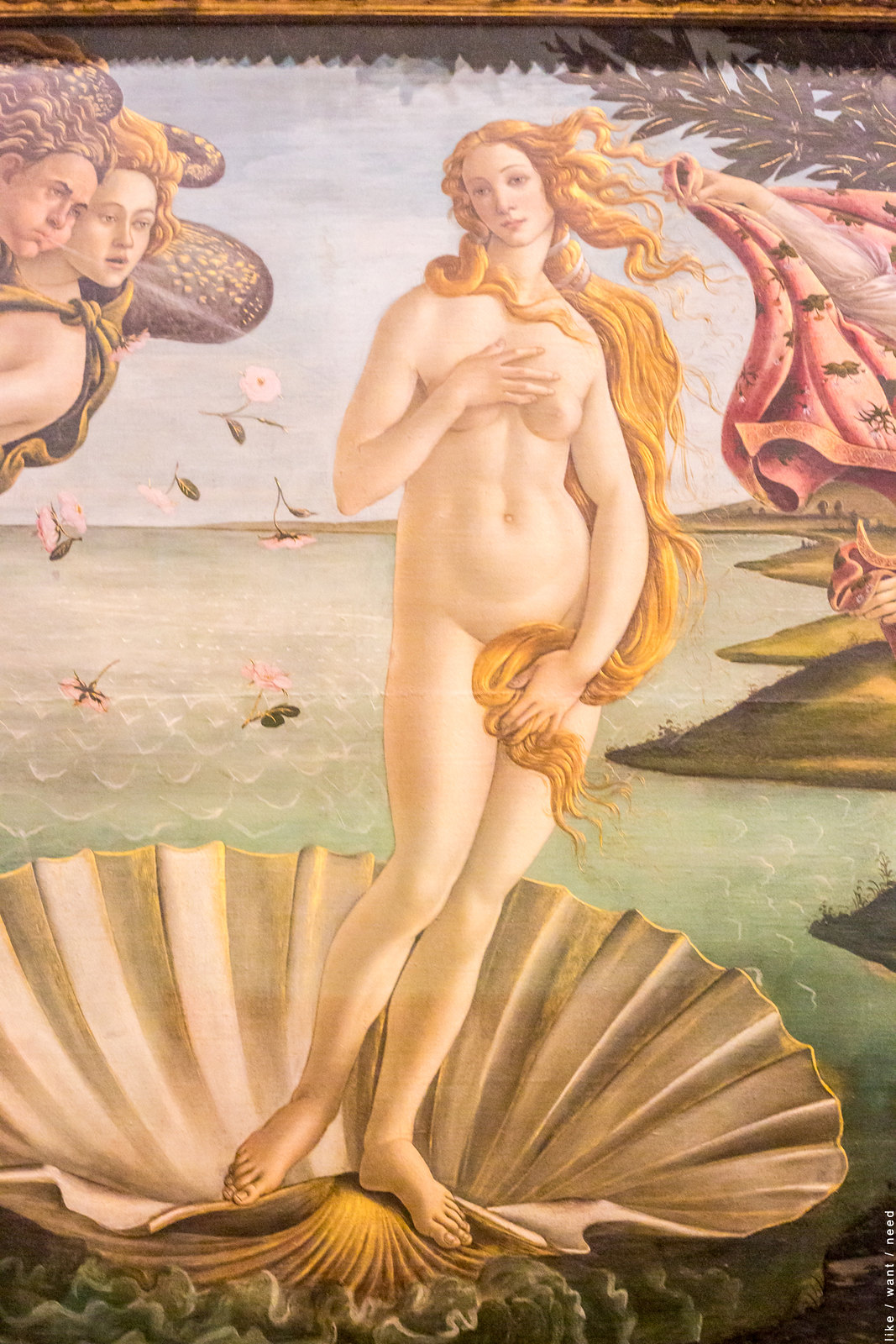 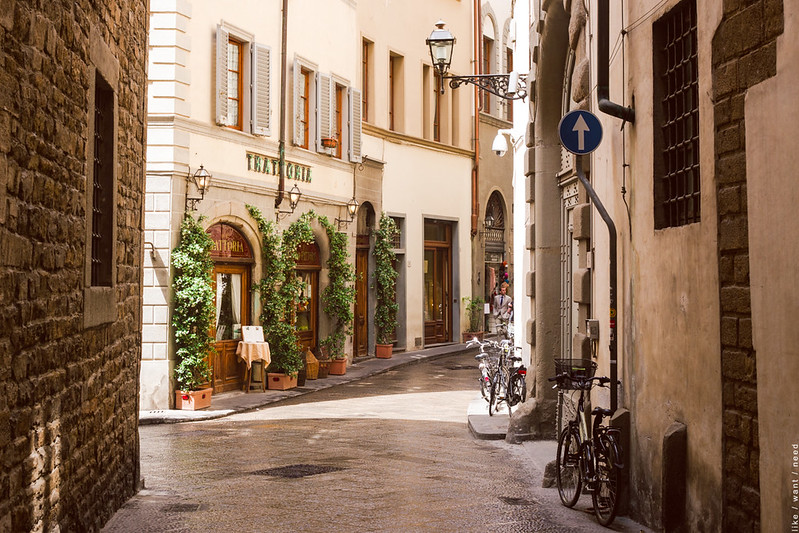 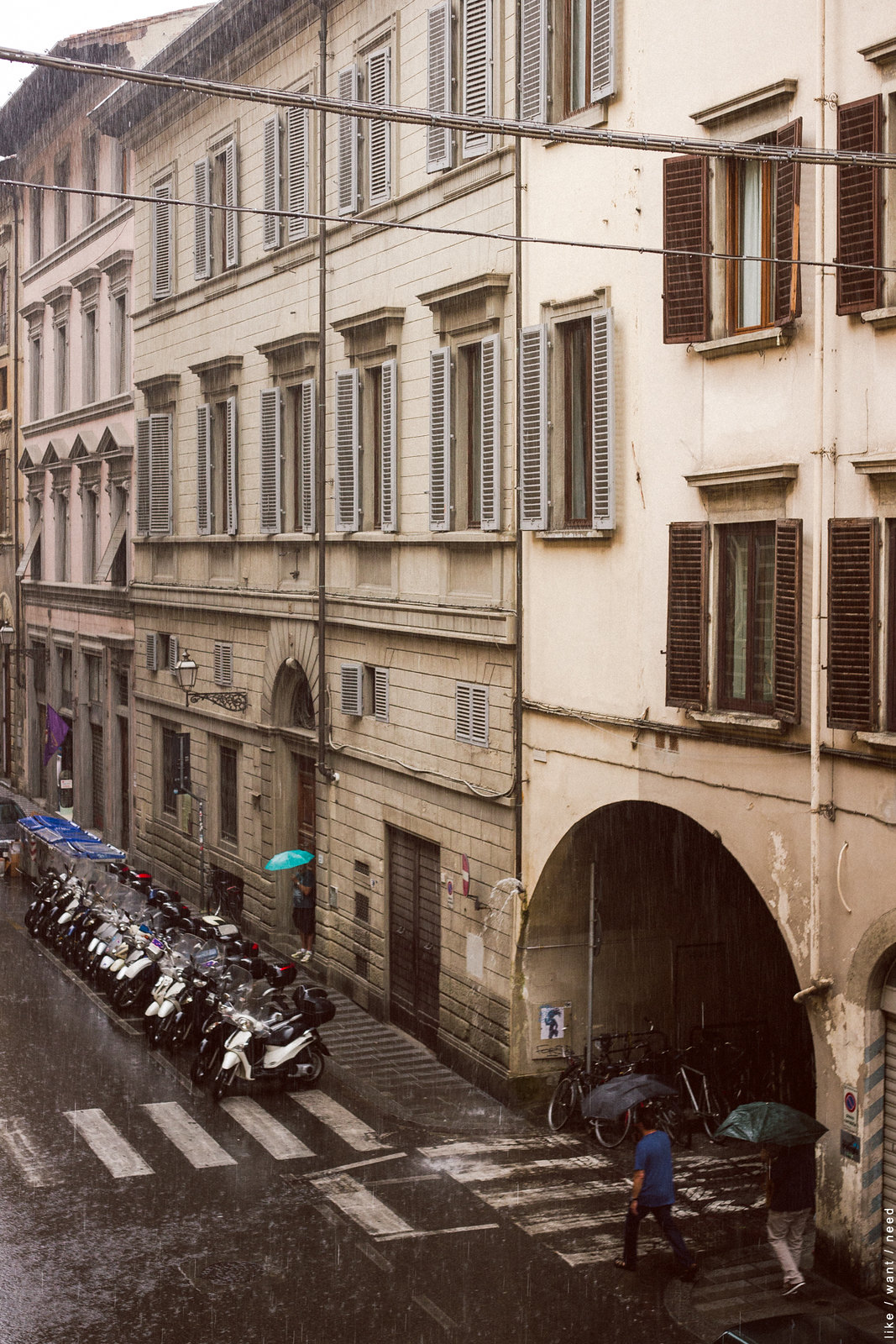 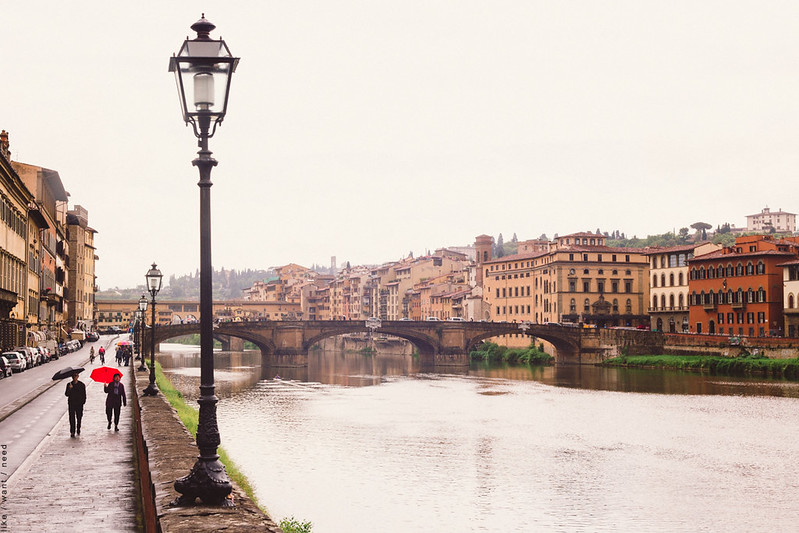 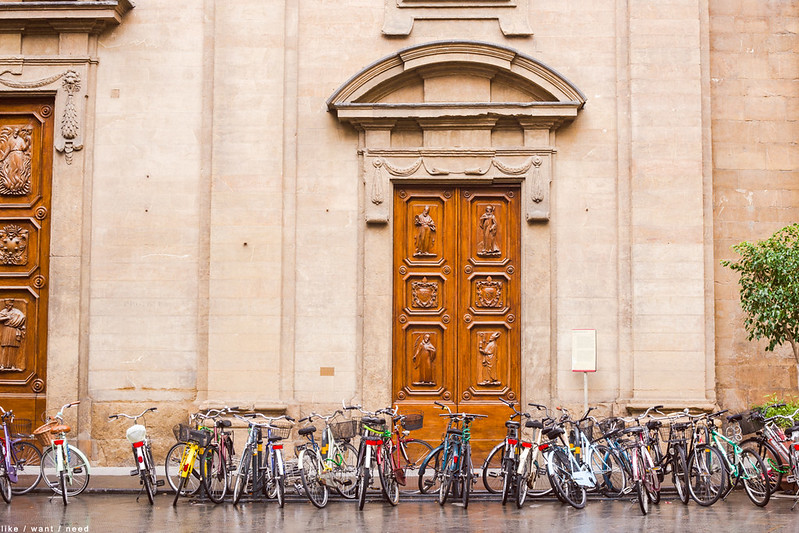 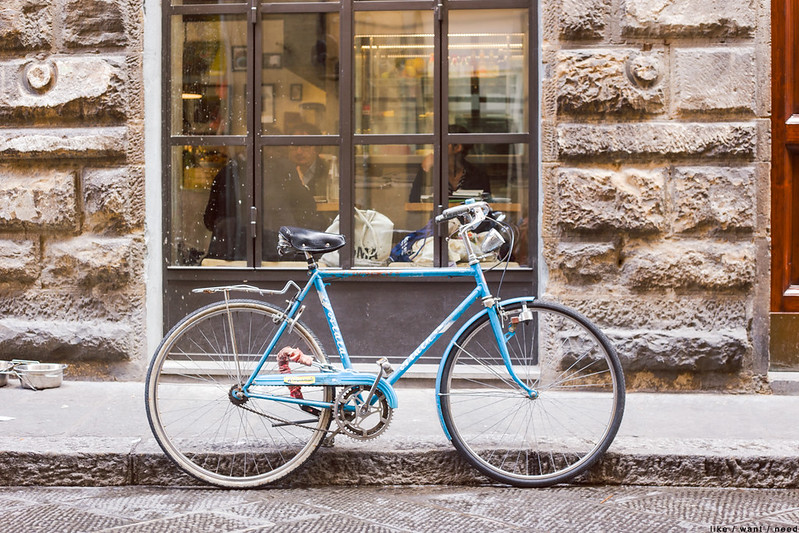 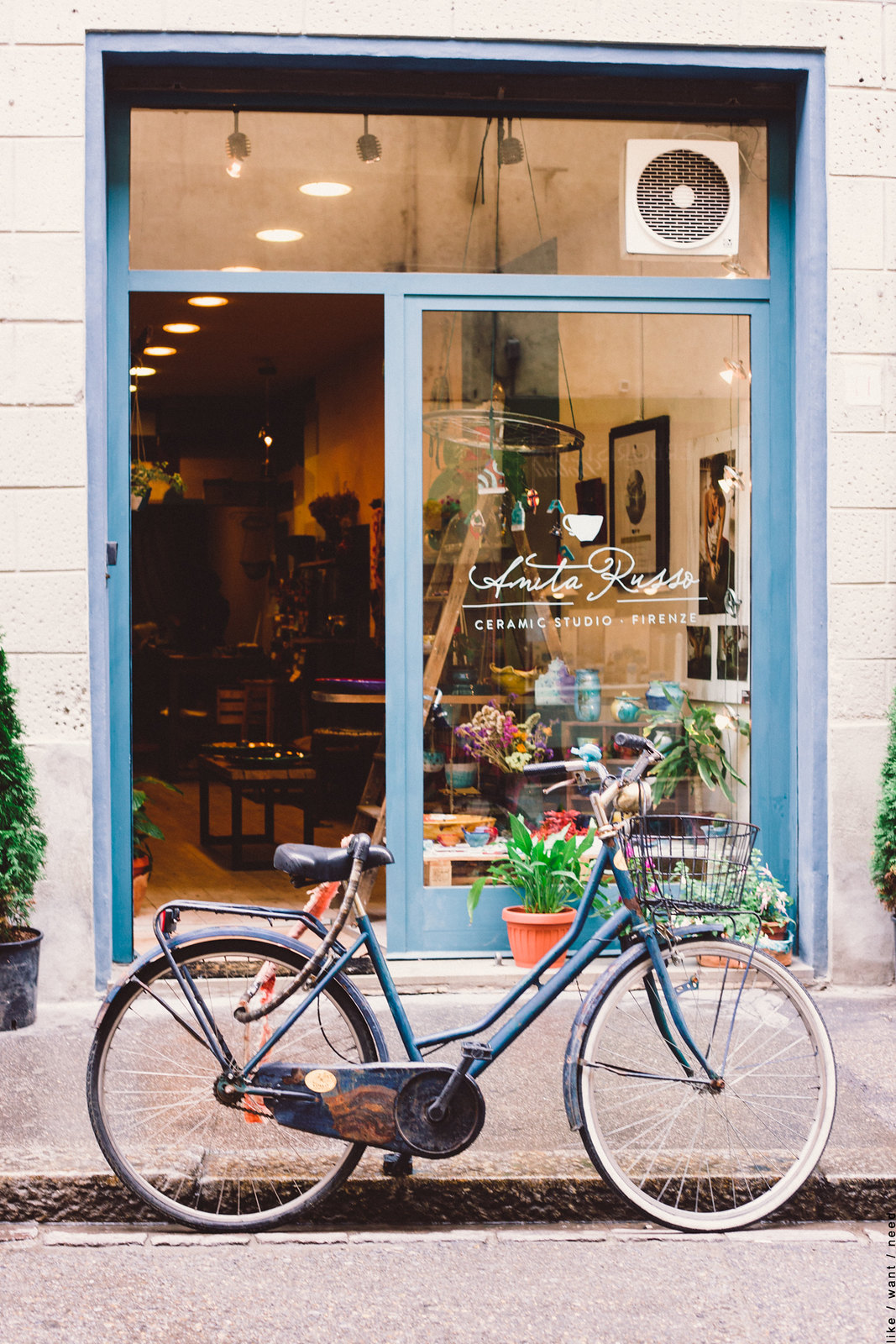 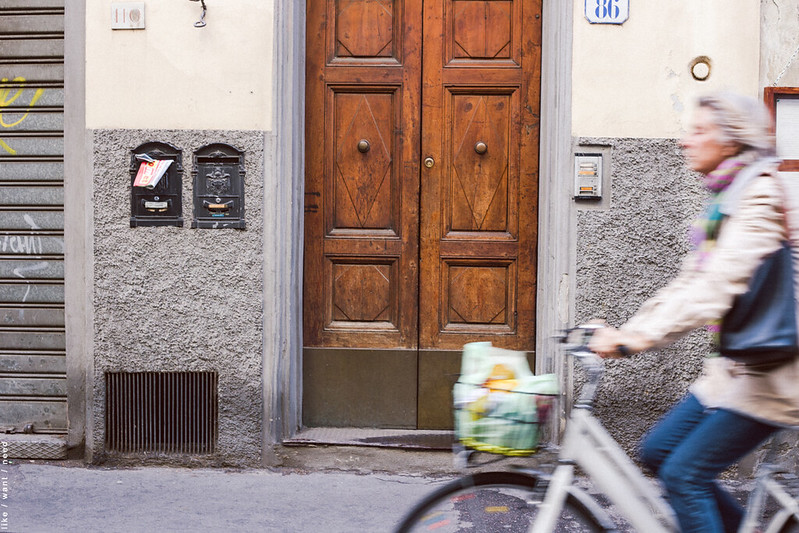 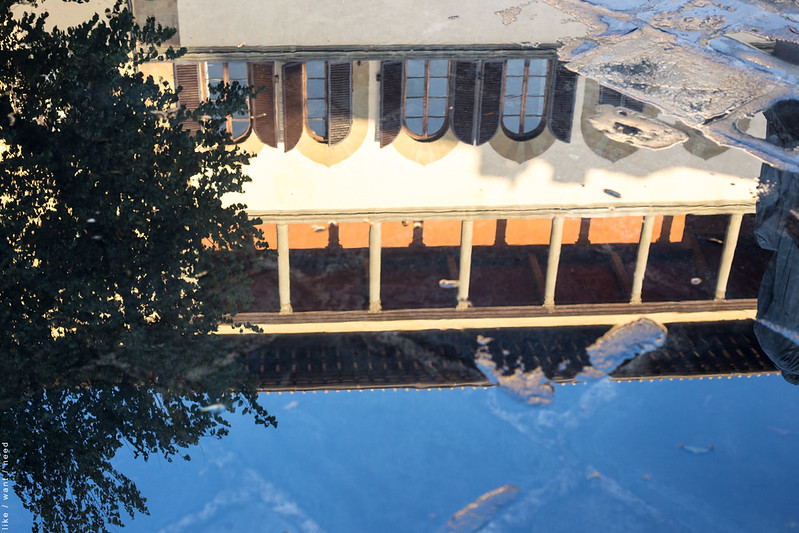 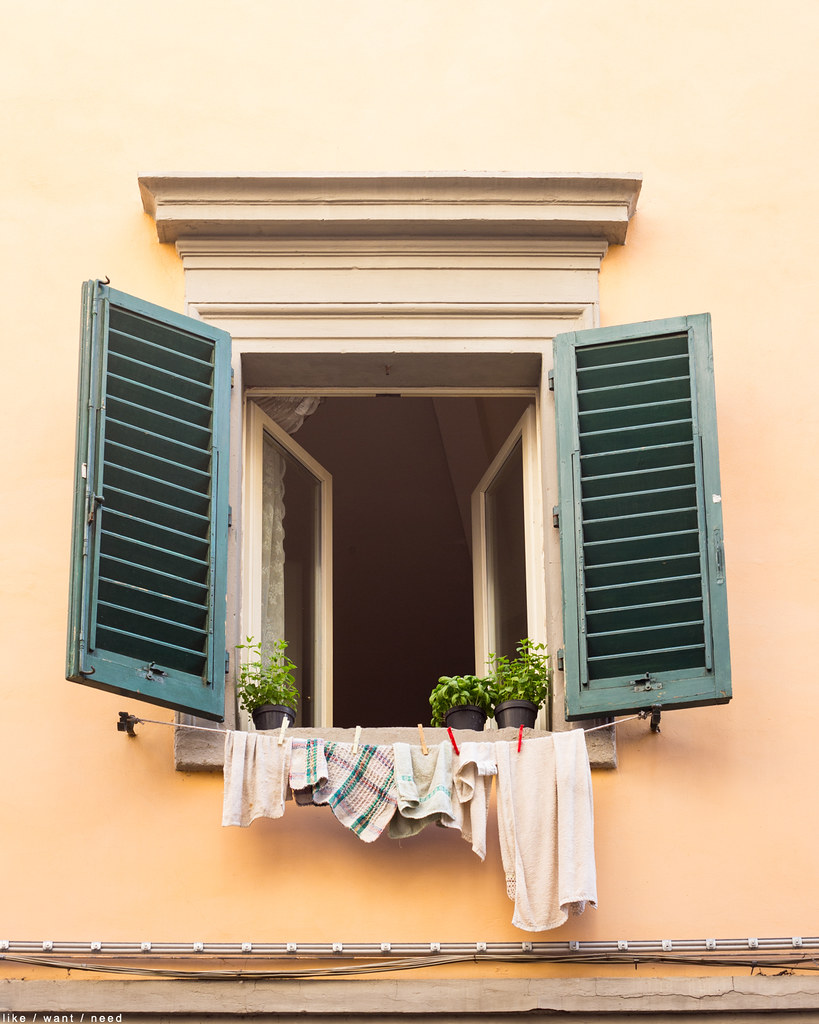 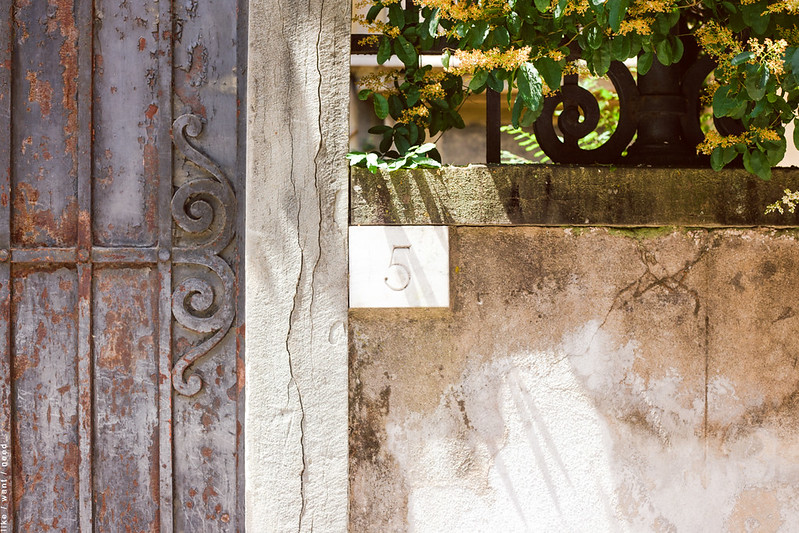 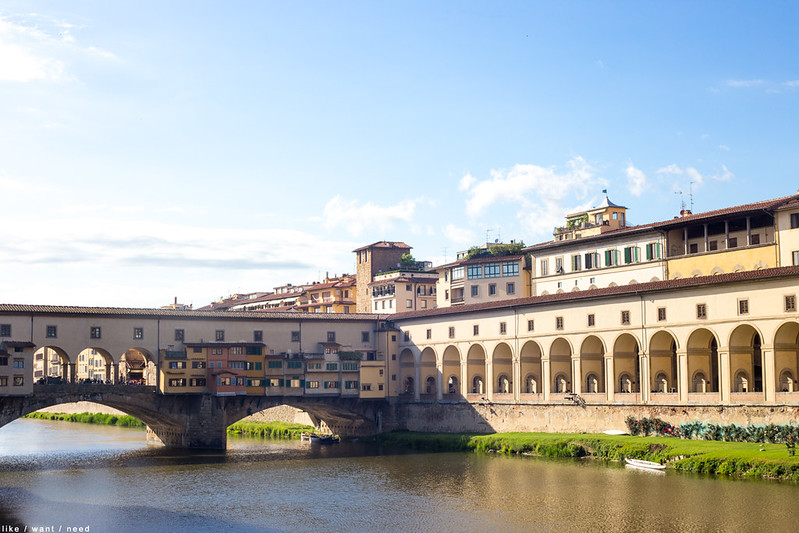 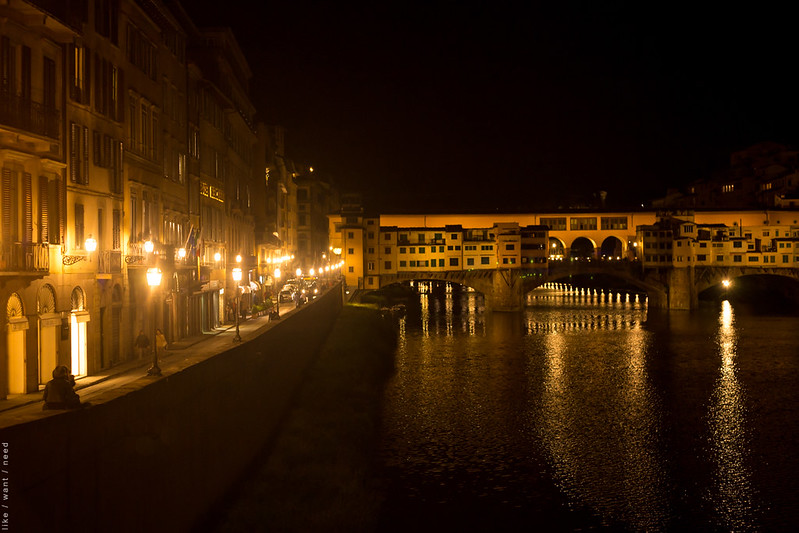 Does anyone remember this old Kodak commercial from the 90s? A couple is looking through photos from their honeymoon in Hawaii, and after everything the wife says (“It was romantic,” and, “It was exotic.”), the husband says, “It rained.” That’s what our time in Florence felt like. It rained! We went to the Uffizi Gallery and saw Botticelli’s “The Birth of Venus.” It rained. We ate some of the most delicious gelato on the trip. It rained. We had lunch at a teensy prosciutteria (aptly named La Prosciutteria) where they slice cured meats to order; I had prosciutto and herbed ricotta with honey and it was out of this world. And then it rained. We walked to a sprawling indoor market and ate a delicious meal at a little lunch counter run by an old man named Rocco. And oh, yes, it rained.

But even all that rain couldn’t put a damper on how wonderful of a city it is. It’s more quaint than Rome, and just lovely. I think it was my favorite city out of everywhere we visited in Italy, in sort of a Golidlocks way: smaller than Rome, but bigger than Siena. Juuuust right. It’s visually stunning, too, a real treat to wander and explore. And since so much of the city is clustered right against the Arno river, you’re always crossing bridges and being afforded gorgeous vistas. The whole city felt safe and inviting, no matter where we trekked (and we covered quite a bit of ground in the three days we were there).

We did get some sunny patches in between all that rain. You know what else there was a lot of? Bikes! Bicycles everywhere. Old, young, and everyone in between rode a bike. What a life! Perhaps my favorite thing about life in Italy was the daily occurrence of ‘apertivo.’ Usually between the hours of 6-8pm, with some variance, bars offer a generous buffet of cold and hot dishes you are free to stuff your face with for just the purchase of a cocktail. It’s the most magical concept (and one that would never work in the states without contributing to our already raging obesity epidemic) and while you could technically make an entire meal out of just the apertivo offerings, we always followed it up with a full dinner, because it’s Italy, and you don’t pass up dinner. Anyway, apertivo was my favorite, but my second favorite thing was how little reliance there is on automobiles. (This is true for everywhere I’ve been in Europe, adding just one more thing to the column of “Things They Get Right,” along with universal healthcare and an emphasis on quality of life in general.) Buses were always packed, locals walked everywhere even in the rain, and almost everyone owns a bicycle. We’d hear the happy chime of a bike bell with regularity, a noise I will forever associate with the small, crooked alleys of Florence, along with the sound of bike wheels on damp streets, like someone peeling off long strips of tape.

Did I mention it rained?