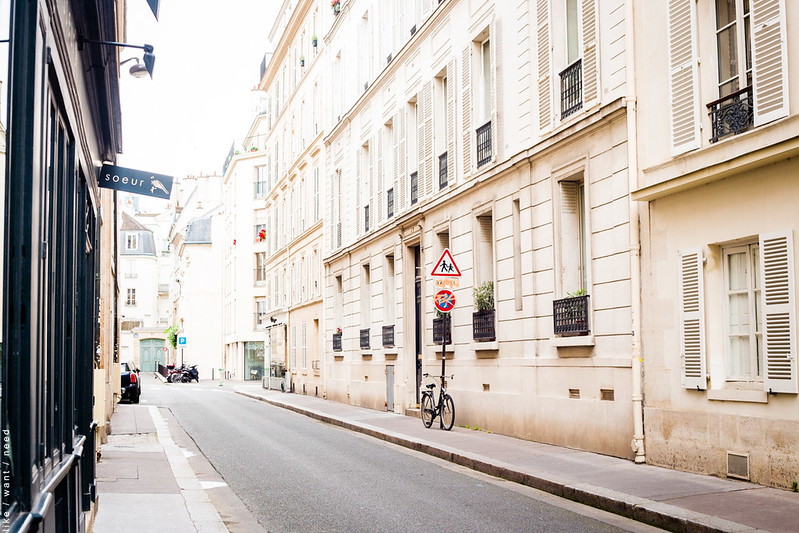 “Oh, good. For a moment I was afraid you were going to say you were ‘modern.’”

“I prefer ballet. It’s more refined and elegant, more restrained. Modern dance is just…” Sylvie’s hands were rolling around each other as she searched for the right word, “It’s a mess. All over the place.”

“Contemporary,” Sylvie said, correcting her. “And you’re attempting to make a connection, but I don’t see it.” Mirette had abandoned any pretense of subtlety and was now turned fully around in her chair, facing their conversation. She suddenly felt like a line judge at a tennis match. Rose, to her credit, had realized she’d been snared on a conversational tripwire, and was politely trying to backpedal.

“You know, contemporary art just feels very frenetic to me.” She would have been fine, if she’d left it at that, but she had to accompany her pronouncement with a hand gesture that mimicked an explosion. “I know I don’t know anything about it, but from an outsider, art like Pollock seems so sloppy.” Mirette reflexively winced, bracing herself for impact.

“Sylvie, don’t bother. Rose is hopeless when it comes to this subject. I’ve tried,” Mirette said, aiming for levity and landing on desperation. Sylvie set her glass down with more force than was necessary. Mirette could feel the air seep out of middle of the table. Even Andrés, who was never more attracted to his wife than when she was passionately discussing art, became suddenly fascinated by the dark red fabric that was draped across the ceiling, feeling that certain spars were best held without spectators. Antoine leaned forward slightly, an amused and expectant smile on his face.

“This is the problem with people these days,” Sylvie said to no one in specific. She then looked Rose squarely in her face, settling the full weight of her glare on her, and leaned forward on her crossed arms. “A Pollock is more like a ballet than you understand. There is nothing ‘sloppy’ about it. Each single drop of paint is the result of restraint and composition and subtle poise, even though it looks like a bunch of unintentional noise on a canvas to most people.” Mirette was a few seconds away from throwing herself in front of Rose, who was shrinking back in her chair so dramatically she was sure to end up on the floor with a final swoop. Mirette motioned to the waiter with a quick circle of her hand that another round of drinks were necessary.

“You either buy into it or you don’t. You either go into a museum or a gallery an open, receptive vessel, or you carry in with you all the preconceived notions about how contemporary art is ‘weird’ or unapproachable or indecipherable, and then of course all the art on the walls–”

“Or the floors,” Antoine added.

“Or the floors –a pile of wrapped candy, a bed strewn with crumpled paper and trash– makes no sense. If you stand in front of a Jackson Pollock and you’ve already decided it’s paint splatters, random and meaningless, then what else could it look like to you?”

“Why doesn’t anyone have this problem with, I don’t know, someone like Monet?” Rose asked.

“Because everyone thinks a Monet is beautiful because it is, but it’s also been universally agreed that it is beautiful and everyone knows it. There hasn’t been the same unanimity about the majority of the art from the last 40, 50 years. Yet.”

“You think there will be.”

“I don’t know. And that’s what makes it so exciting. That frenetic uncertainty is exciting. It’s all guesswork, based on how much you trust your taste. On how much clients trust my taste.”