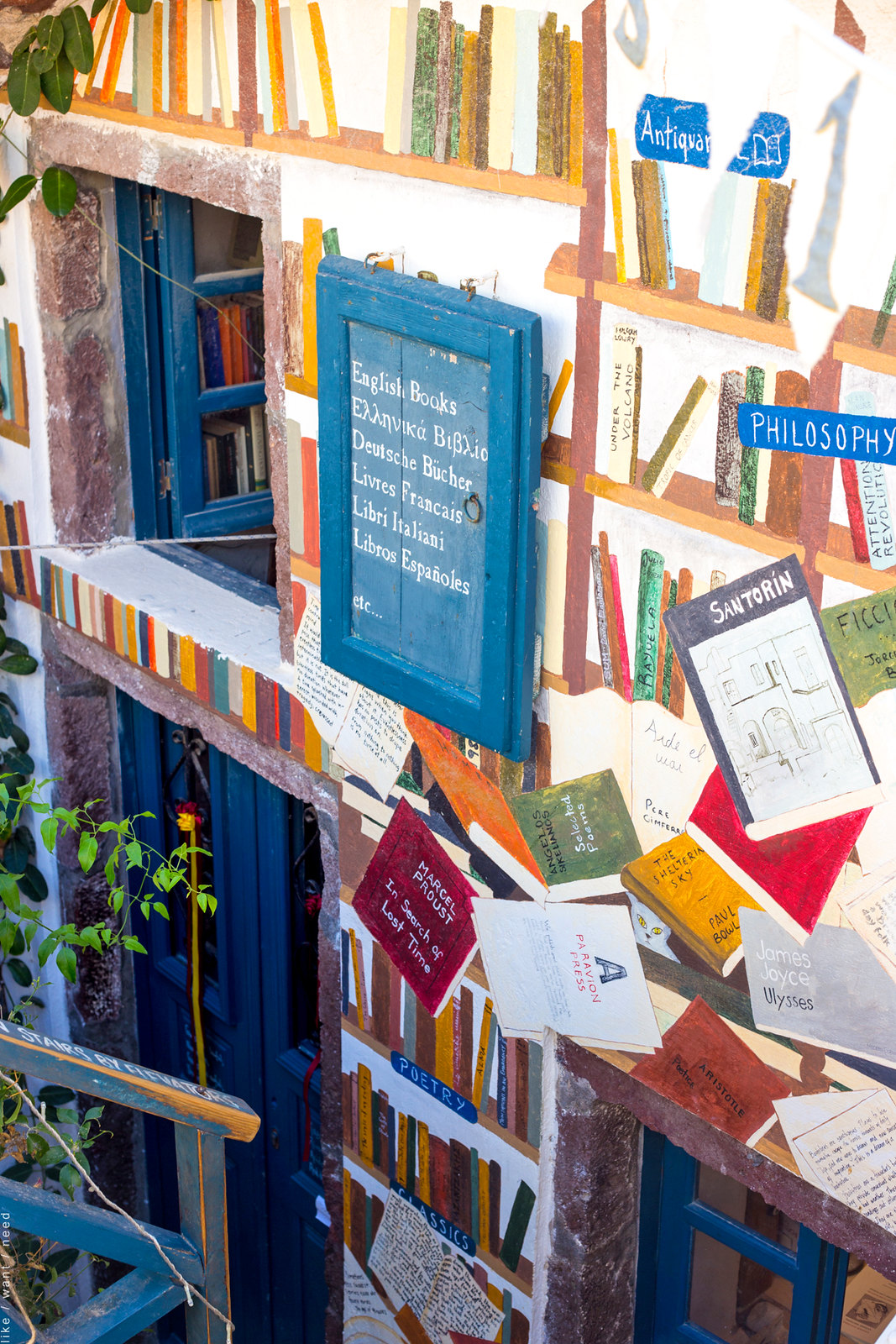 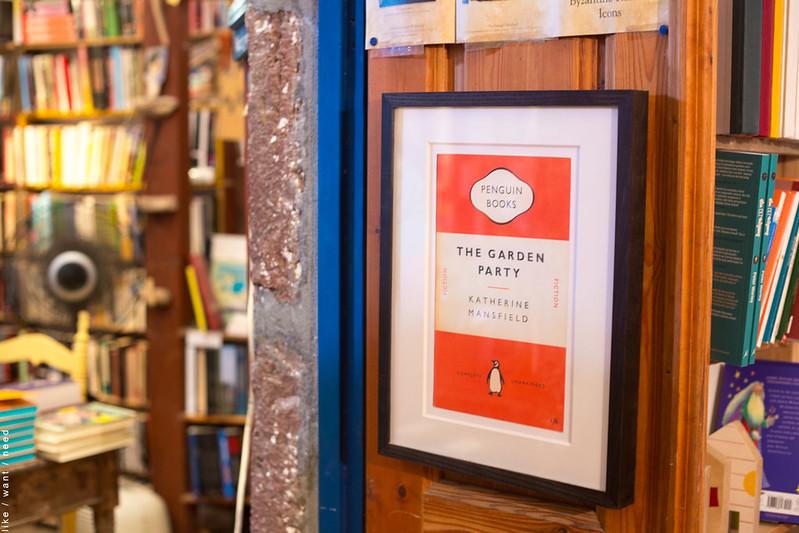 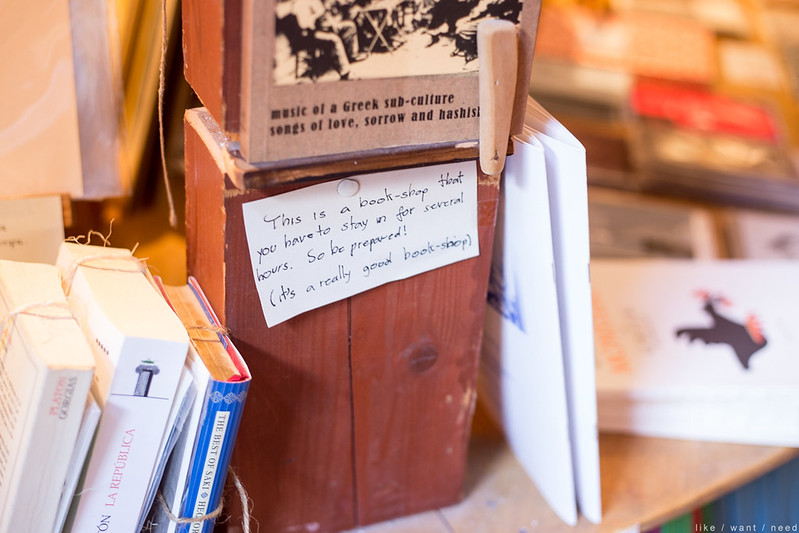 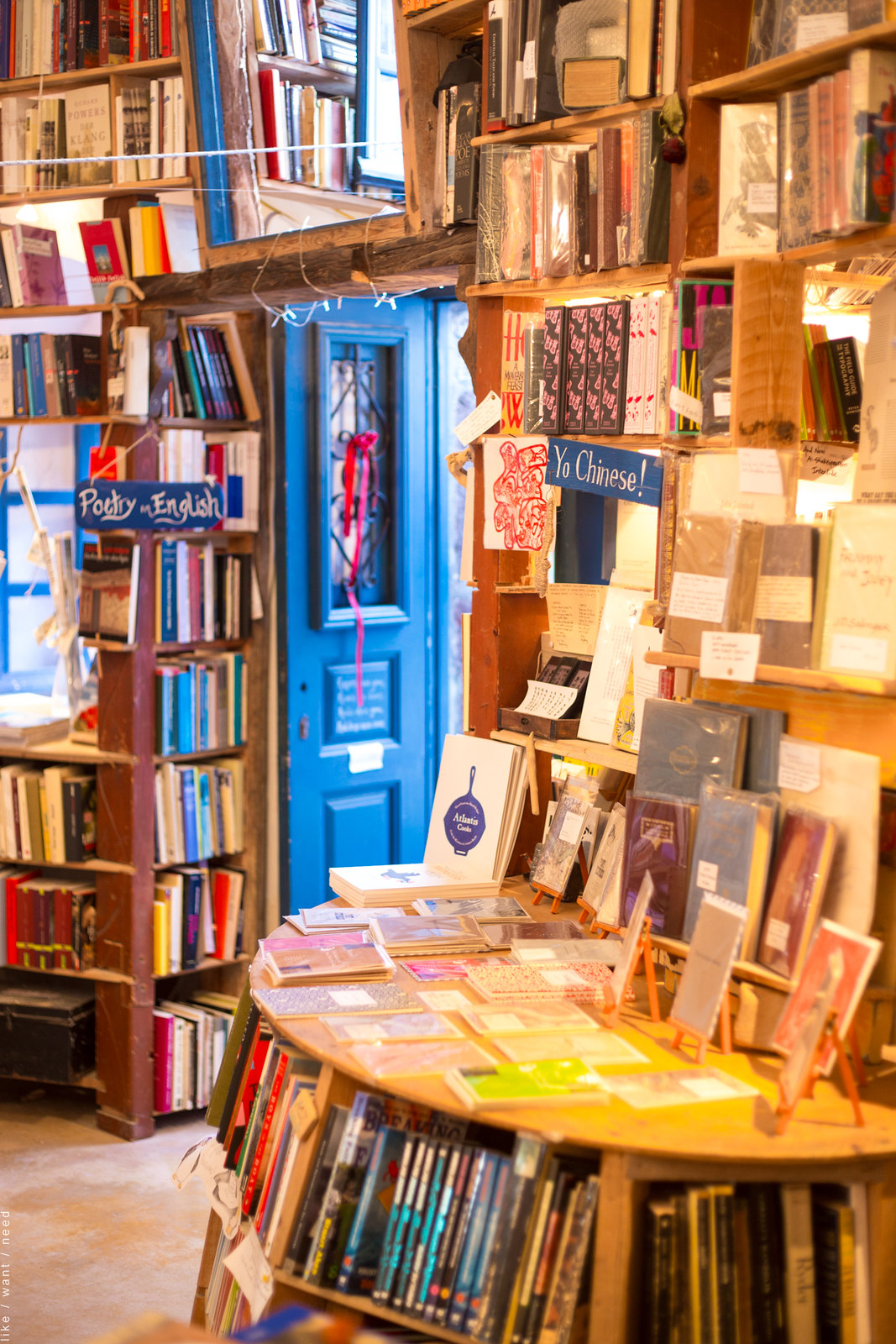 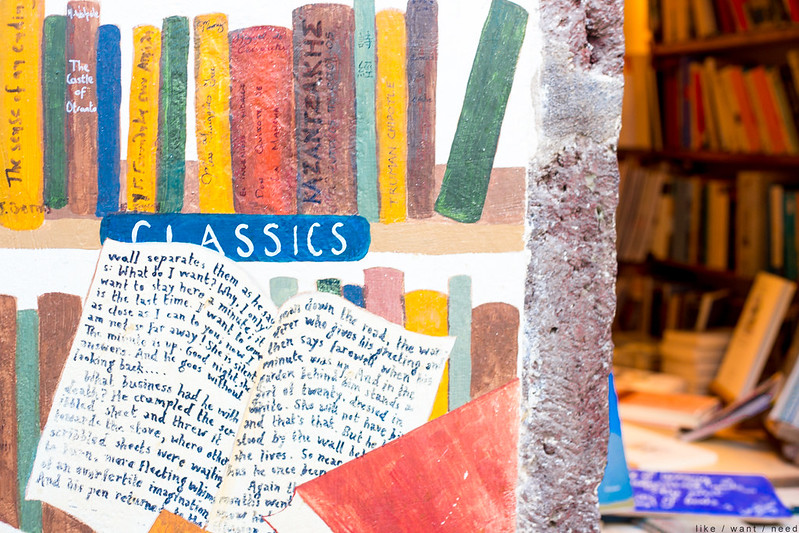 As both a avid reader and devoted bibliophile, Atlantis Books had popped up on my radar on more than a few occasions before our honeymoon to Greece. I love bookshops, so a bookshop in paradise was a no brainer. I’ve made it my mission in life to visit as many English bookshops in foreign countries as I can, starting first in Paris with Shakespeare & Company, Galignani, The Abbey, and San Francisco Book Company. (I’m excluding W.H. Smith from this list, even though I did frequent their location on the Rue de Rivoli more than I’d like to admit for the easy access to British chocolate, only because they are an English chain that happens to have a branch in Paris, and aren’t an independent store) Sure, I’ve only been to English bookshops in France so far, but I take my newfound raison d’étre very seriously, and I knew a trip to Santorini would be incomplete without visiting Atlantis Books, in Oia.

So the afternoon we took a bus to the town and had lunch on Ammoudi Bay, we scouted out the shop, and had a peek around. Nestled into the side of a cliff and situated below street level, making it feel like you’re descending into a secret literature lair, Atlantis Books was opened in 2004 by expats from the US, England, and Cyprus, who fell in love with Santorini (obviously) and decided to stay. From their website: “We found an empty building facing the sunset, drank some whiskey and signed a lease. We found a dog and cat, opened a bank account, applied for a business license, found some friends, built the shelves, landed a boat on the terrace and filled the place with books.” Simple as that. And the result is something extraordinary.

There are books everywhere, stacked to the ceiling, displayed on tables, wrapped around columns. There are books in every language, books they print and hand-bind themselves, old first editions of books you’ve only dreamt about seeing in the wild. There was a sleeping pup in the doorway, and a lofted bed in the back I immediately thought about claiming. It is, in short, magnificent, and I made three laps of the space, Jamal trotting dutifully behind me to catch me if I passed out from joy. We left, eventually, with a paperback copy of Eleanor Catton’s behemoth “The Luminaries,” a Michael Lewis non-fiction for Jamal, as well as a cotton tote bag with the shop’s name and logo as a souvenir. I could’ve spent days in there, and on the way out I had a fleeting vision of begging for employment, jettisoning all our belongings, setting up a home on the island, and figuring out a way to keep Fitz from diving into the water at every turn.