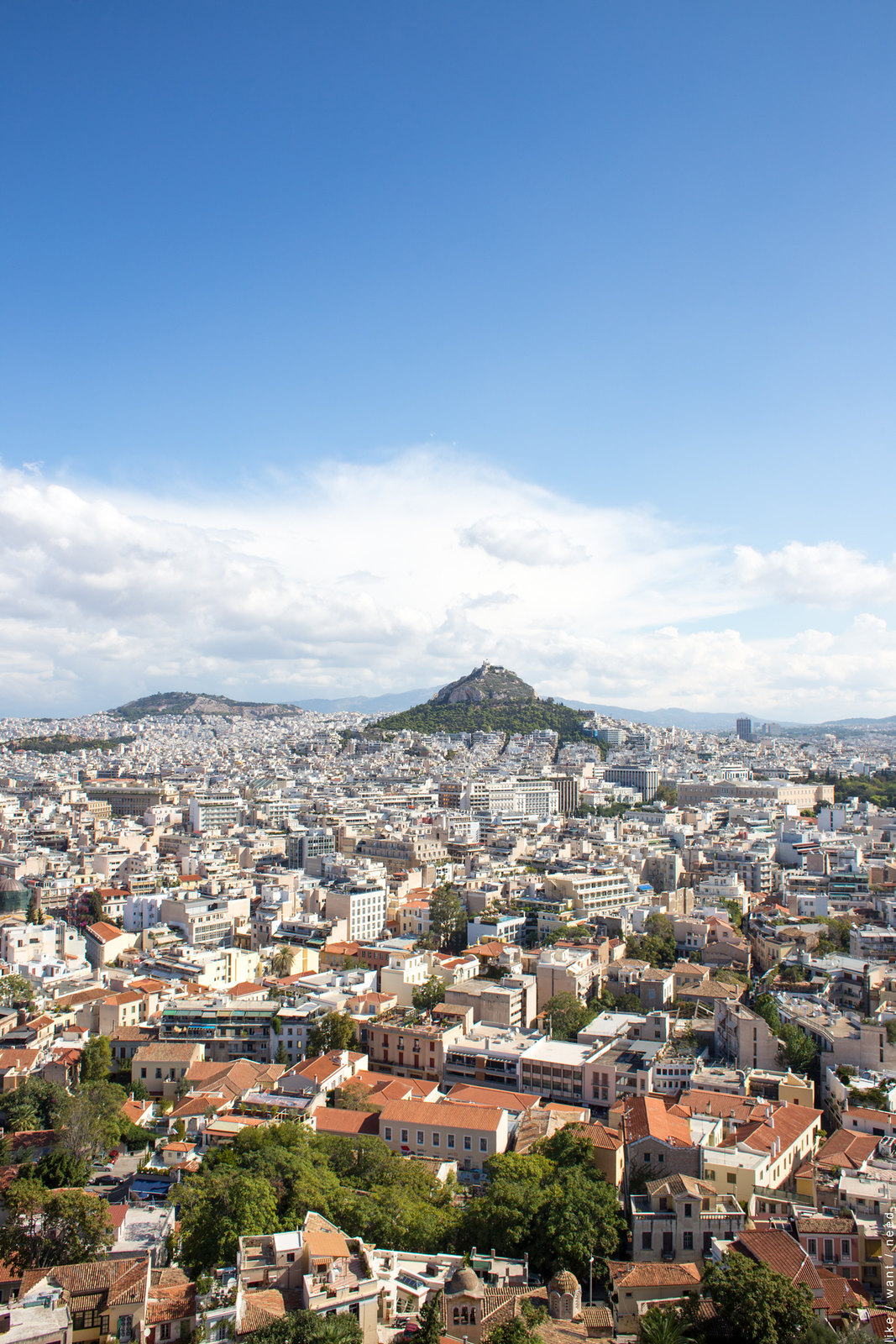 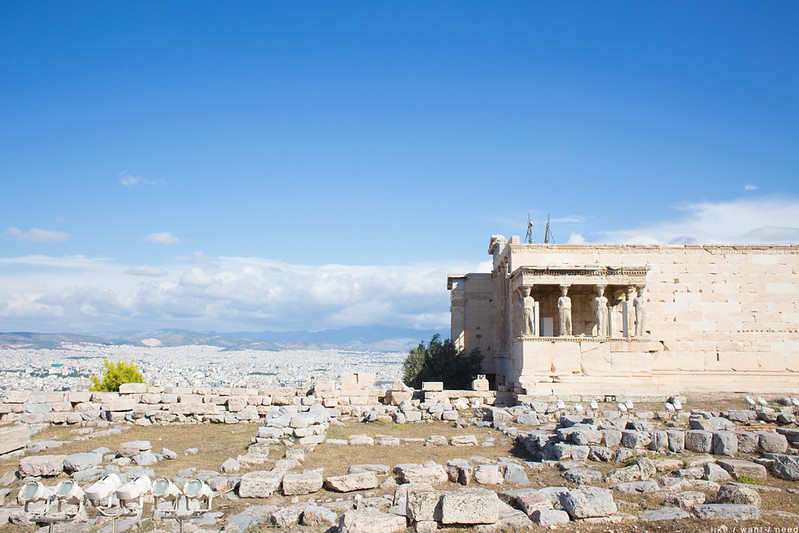 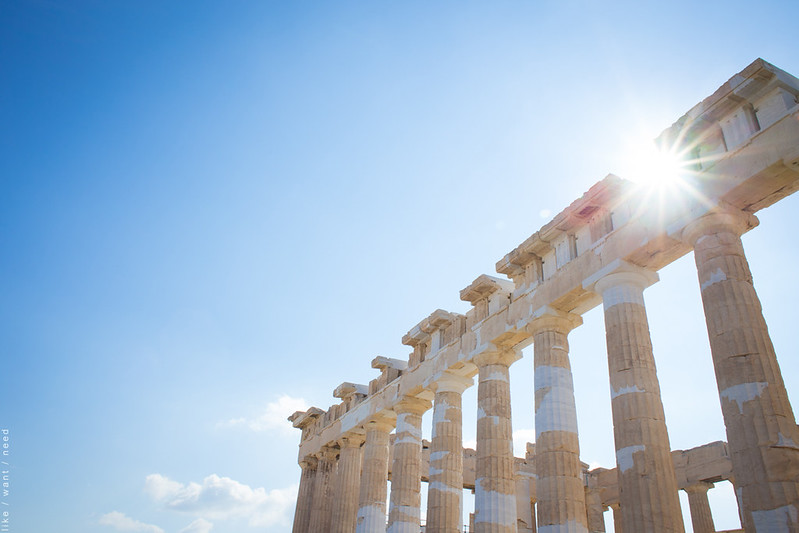 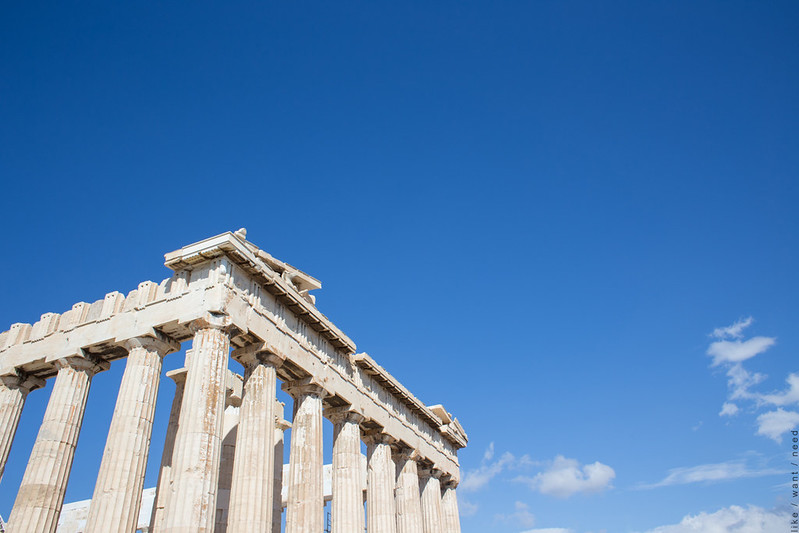 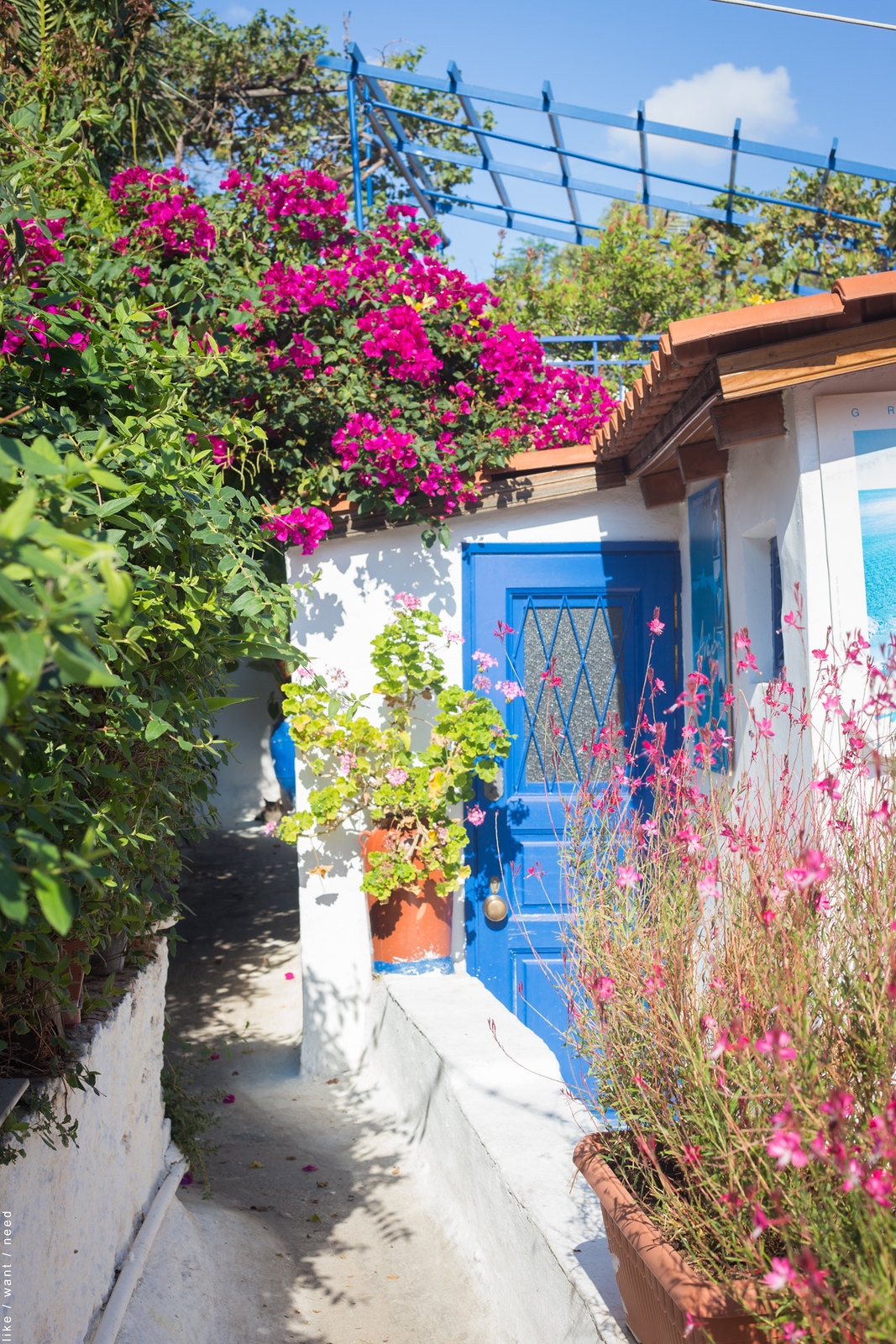 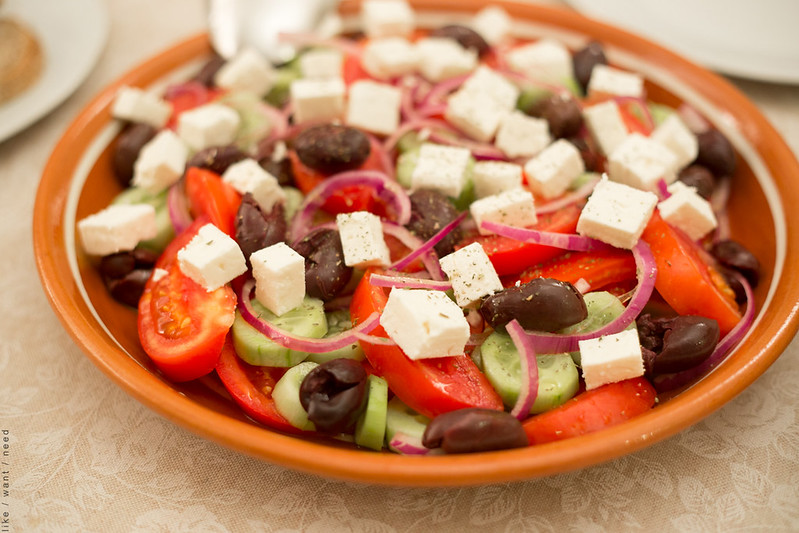 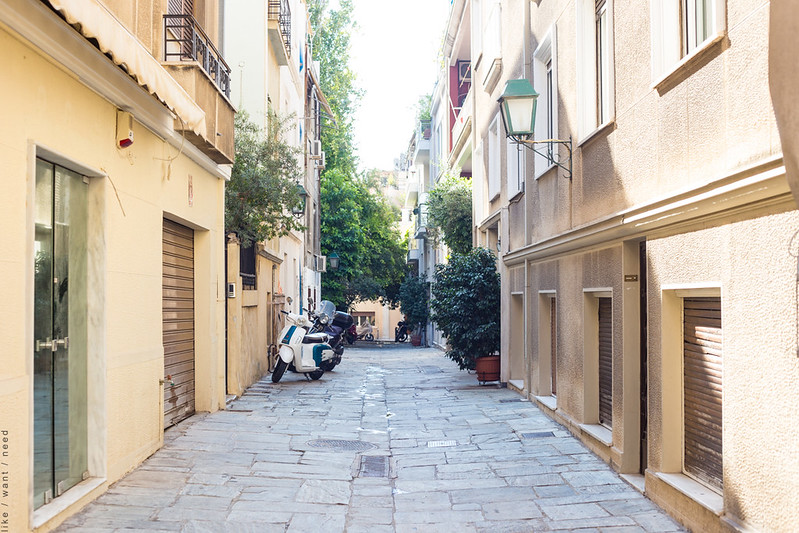 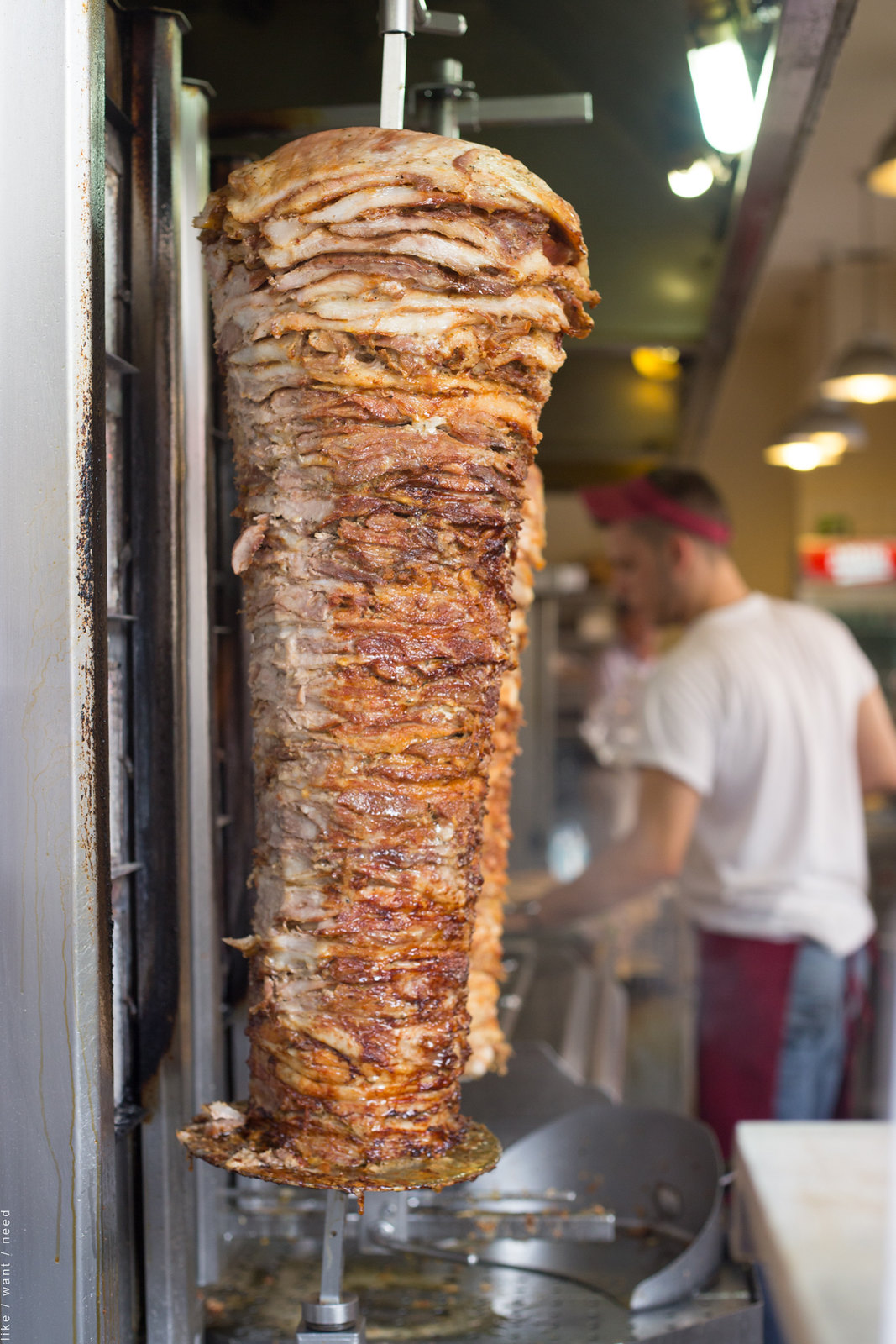 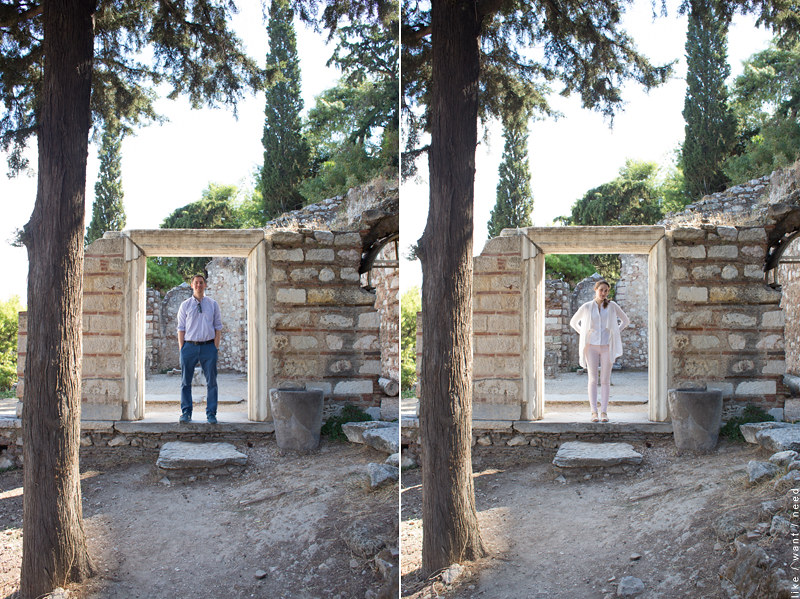 We were warned before we left for Greece for our honeymoon by a few well-meaning friends who have been to/lived in Athens that the city might seem underwhelming or worrisomely run-down, and to expect shuttered stores and graffiti. Of course, it would be different once we got to Santorini, since the small island is almost exclusively a tourist destination, but in capital Athens so much of the city had been affected by the recent economic turbulence, it was impossible for people to not brace us for the worst case scenario. I think we were expecting to land in Syria, honestly.

Happily, what we found when we arrived in Athens two weeks ago was a vibrant, thriving, wonderful city, seemingly on the rebound. Sure, there were stray animals and graffiti, just like any major city. Perhaps it was because we stayed in the Plaka, a central downtown neighborhood, but every café and shop was packed with locals, and more than a few tourists, even though we were in Greece near the tail-end of the tourist season. The Athens we discovered was worlds away from the Athens of a few years ago, where stores were closed and strikes were rampant, and it charmed the pants off both of us.

A consequence of spending too much time in Paris, I’ll admit, is that I expect Europeans to be as frosty and reserved, and for everything –even a simple cup of coffee– to be prohibitively expensive. What a pleasant surprise Greece was! Greeks are warm and welcoming, open and talkative, and generous beyond measure –probably even beyond means. Waiters who discovered we were on our honeymoon brought over free dessert, free Ouzo, free Limoncello without fail. And Jamal and I never really got over the fact that a jug of house wine never cost us more than €6. You know, what one glass costs in Paris. We also ate €2 souvlaki and €3 tzatziki more times than my scale would have liked. (Related: I gained 8lbs on this trip! Eight!)

We went to the Acropolis and the Acropolis Museum after getting stuck in a flash rain storm on our first morning there. The topography of the city is overwhelming: hilly and steep with gorgeous lush mountains everywhere, punctuated most notably with the Acropolis, high on a hill. If we were over-prepared for the potential plight of the city, I was under-prepared for how staggeringly beautiful the Parthenon is in person. You can see it from almost every spot in the city, peeking out in all its overwhelming glory. It is massive, and walking around the ruins was the most surreal and incredible experience.

We rented an apartment through AirBnB, and were able to make dinner at home on our second night. That Greek salad, above? Yeah, my husband made that. I married a good one.