1. Take a seat at a corner brasserie in Saint-Germain: 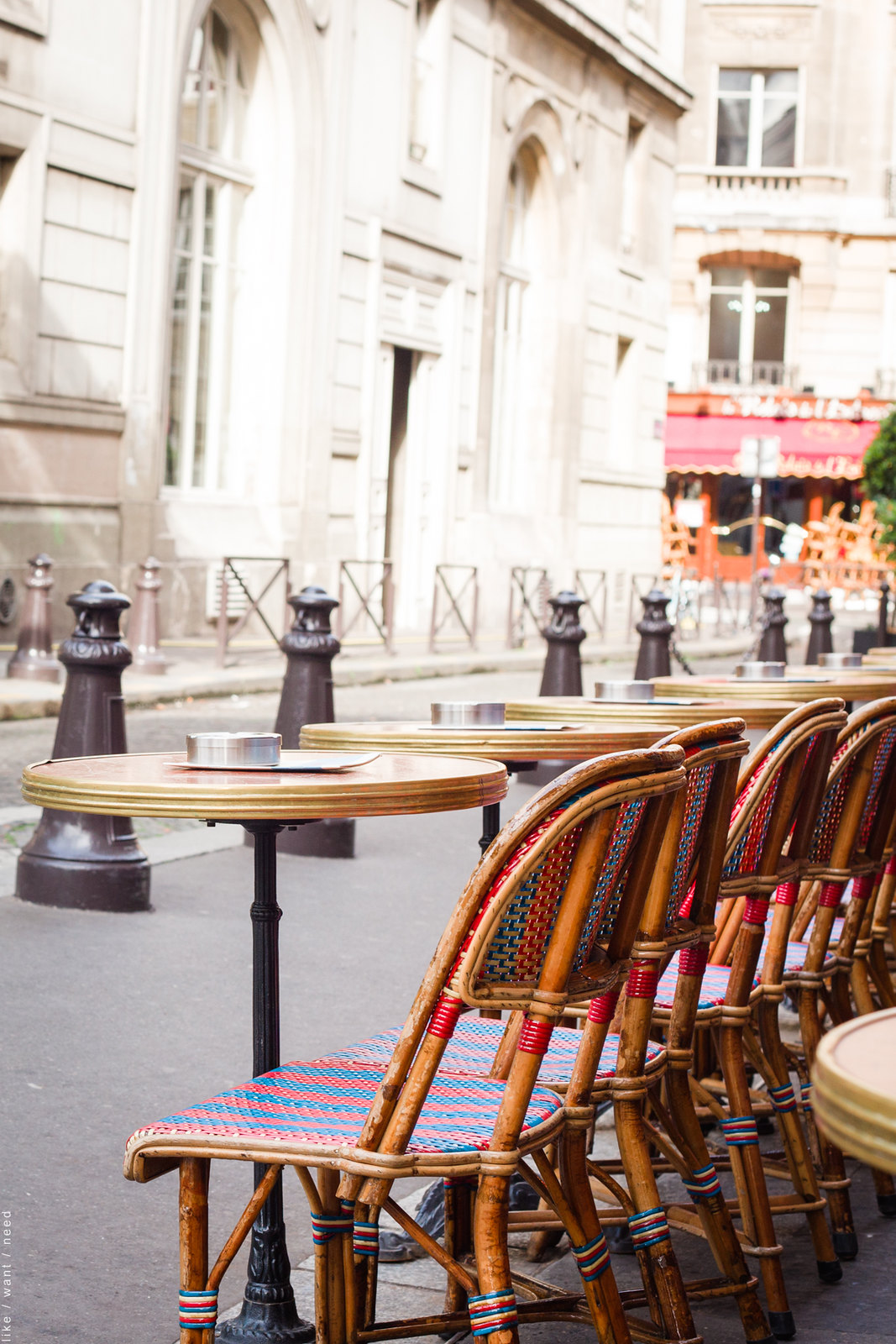 Even though the food was lackluster and overpriced, the atmosphere really is adorable. 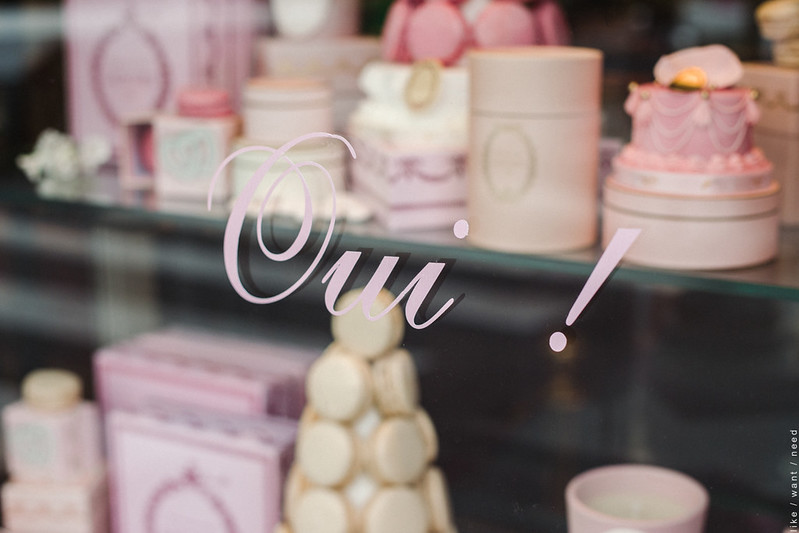 Macarons, you say? Oui! Bien sûr! (No, but seriously. Please?)

3. An empty bench in the Jardin des Tuileries: 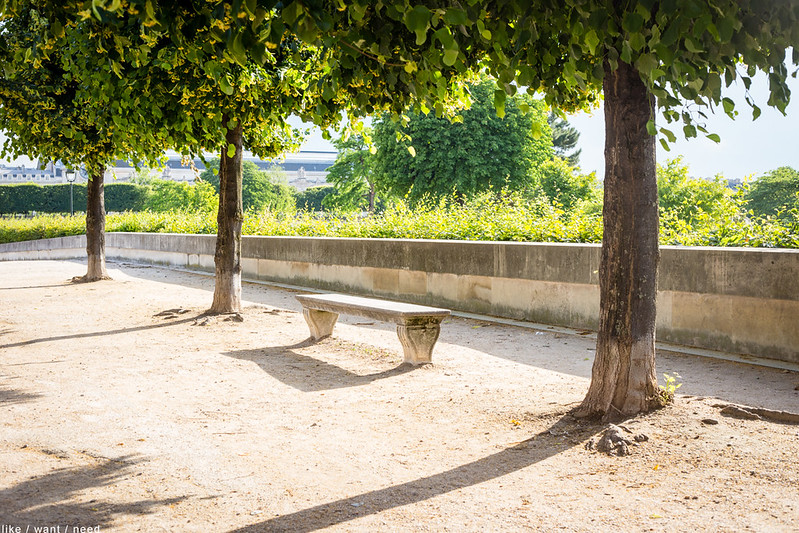 Face forward, and you can see the Eiffel Tower and the Place de la Concorde. Turn around, and you’re looking straight at the Louvre. This might be the best seat in all of Paris (except, perhaps, for a table at Le Jules Verne, the restaurant in the Eiffel Tower). 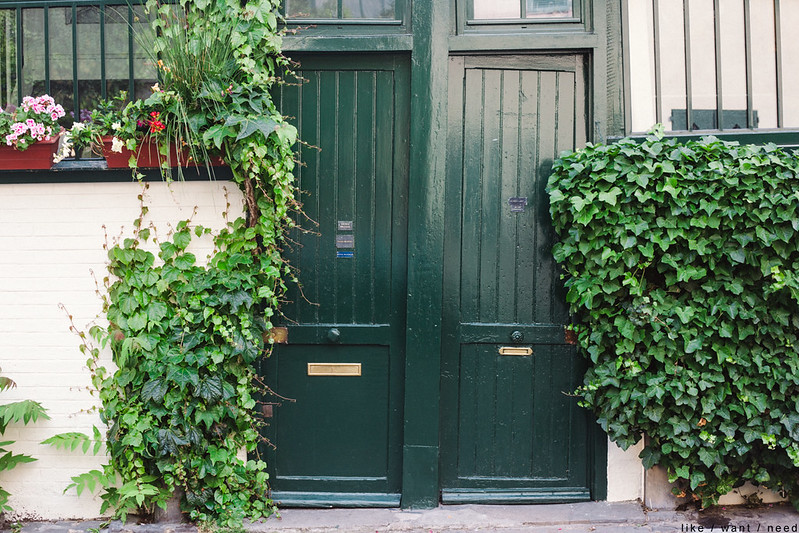 Signs of Montmartre’s age are apparent in little ways all around the neighborhood; the little village has more cottages and typical artist lofts than the classical Haussmann buildings found elsewhere in Paris, and that’s just one of the many, many reasons I love the 18eme.

5. The lunch crowd on Cité Berryer: 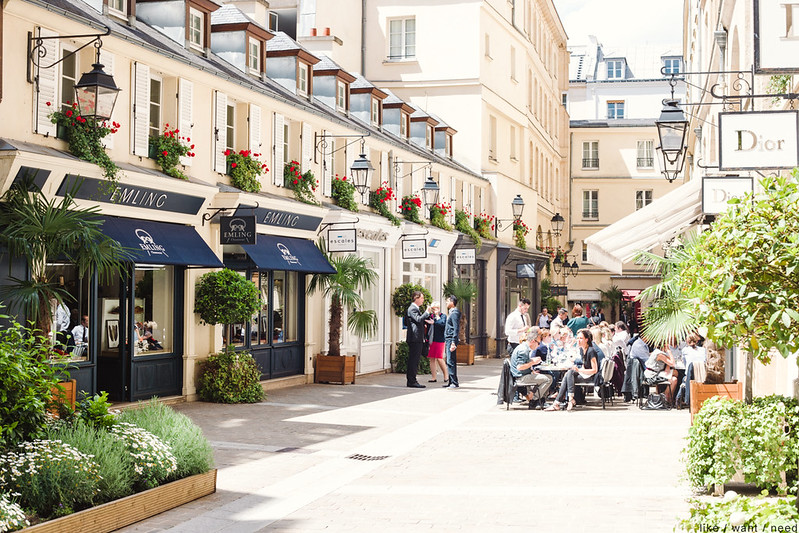 Proof that Paris isn’t as empty as I like to make it seem. People! I wrote a quick, short little piece based on this photograph, about a woman meeting her husband for lunch, just as an exercise to keep my brain in shape. Here is the opening:

“I read somewhere once that the Native Americans, standing there at Plymouth Rock hundreds of years ago, might not have actually seen the Pilgrim’s boats approaching on the water, so strange and overwhelming must the sight have been for them. Some historian argued that the concept of a ship was so foreign and inconceivable to their primitive way of life that they likely only saw water and the uninterrupted horizon, that their brains couldn’t process the big, floating, wooden structures, and instead saw through them as if they weren’t there at all, until the Pilgrims marched onto the shore and interrupted everything about their life to that point.

That’s what this affair has felt like. I didn’t see it approaching until it was right at my feet, and by then it was too late. A surprise massacre I should have seen coming but didn’t know what to look for.

I’m thinking about this as I’m waiting for him. I’d picked this spot because it was halfway between our two offices, but also because of the crowd; it would be impossible, for either of us, to cause a scene if we couldn’t move our elbows without bumping someone’s bread basket off their table.”