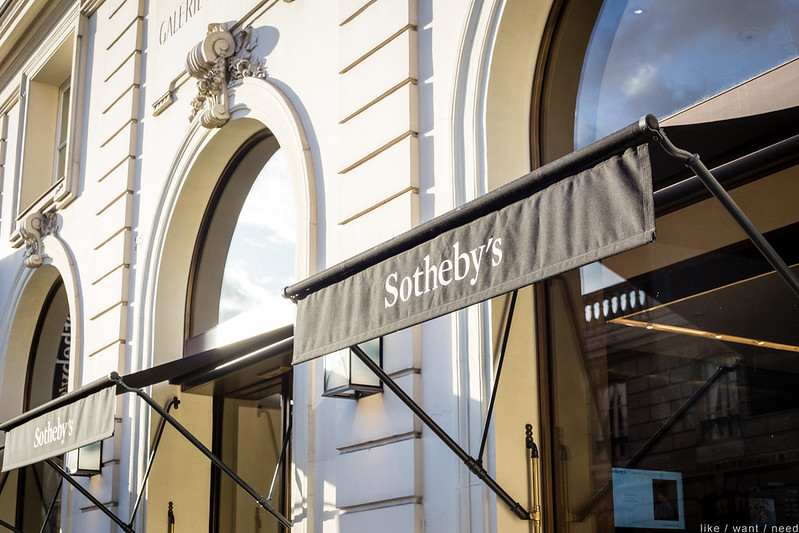 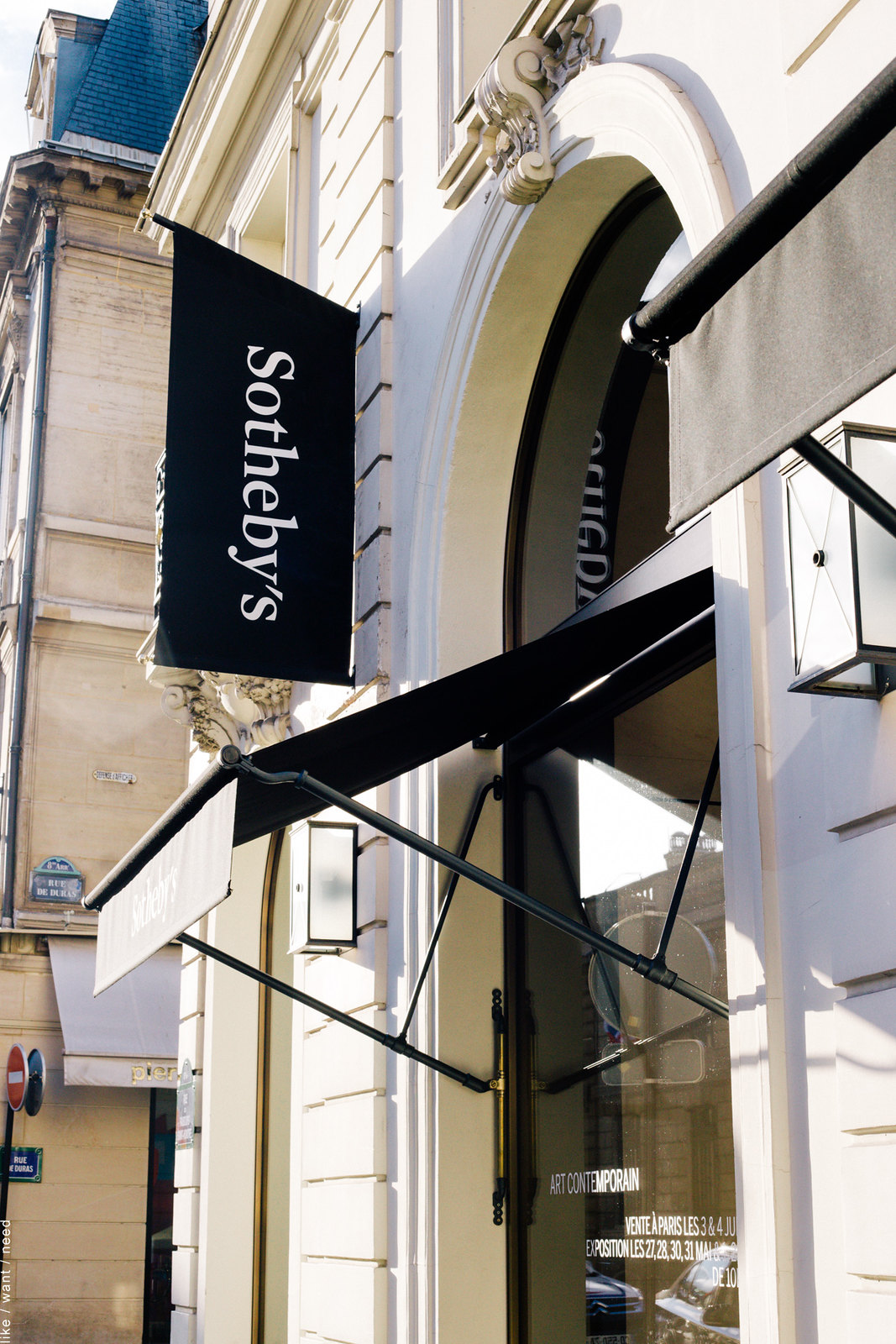 Last week I attended my second auction at Sotheby’s. Oh, did I not mention the first one? Back in May I went to an afternoon sale of Objets d’Art et Mobilier, where I got to wander around the building taking notes, feeling positively giddy that they let anyone (literally, anyone) attend any auction they want. Even silly American writers who aren’t going to bid on anything and are there for book research! I doubt they would have let me in the door had they known the premise of my book is that, in a nutshell, an employee was able to make off with fourteen pieces of art over the course of two years from their private sales division and no one caught on. Ahem. I promise I wasn’t casing the joint.

The first auction was to get my toes wet in preparation for the big evening sale I attended last week, Art Impressioniste et Moderne. I wanted to figure out how everything worked with the first, smaller sale, and get all my googly-eyed staring out of the way, so that I could attend the big auction and look cool, casual, and like I belonged. I’m not sure I was successful (when people are tossing around €8-12 MILLION on art, it’s hard to act unfazed), but having now attended two auctions I feel like a bit of an insider. The main attraction of the Art Impressioniste et Moderne sale was a painting by Amadeo Modigliani. Here’s a video Sotheby’s made prior to the sale about the painting of Paul Alexandre, Modigliani’s first patron:

Contrary to what I expected, and I think what the general perception of auctions in pop culture has lead us to believe, the auctioneer never moved at lightning speed. There was ample time for each lot, to allow for bids made by phone for the clients who were either international or wished to remain anonymous, bids in the room, and bids made online. Yes, you can bid on almost any Sotheby’s auction online. The auctioneer made having to juggle all those factors look effortless, unhurried. He was patient with each of the phone representatives (of whom he knew every name) as they tried to talk their clients into bidding higher. He slipped back and forth between French and unaccented English fluidly the entire sale. He cracked jokes! People in the got up and left whenever they felt like it, or crossed the aisle to talk to fellow bidders. I imagine the art world is small enough that everyone sort of knows everyone. Buyer’s representative, gallery owners, collectors, they all see enough of each other at these auctions that they almost become social events.

Auctions don’t play a major role in my book, but I needed access to the building to get enough of the details right, and while they let the general public attend auctions, I don’t know if they would have let me just wander in without a reason. So I took as many mental notes as possible; the stairs were different than I imagined them. The offices are all contained on one floor. The layout is different, the lobby doors swing open both ways and are heavy as hell. All of those little details that I wouldn’t have known had I not gone, and that I wanted to get right for the story.

It was one of the neatest experiences I’ve had since being here, and I really recommend going to an auction, if you can. Despite the myths surrounding them, there is no way you can scratch your nose or cough at an inopportune moment and end up buying a $3 million dollar sculpture. Everyone has to pre-register to bid, and they don’t hand out paddles to any old schmo.

Other Paris Details of Note: JAMAL arrives this afternoon! We are driving to Honfleur tomorrow morning, on the Normandy coast, and staying for the weekend. It’s considered “one of the cradles of Impressionism” and was the birthplace to painter Eugène Boudin. I can’t wait! (Also, Driving on French highways. Going to be an adventure!)