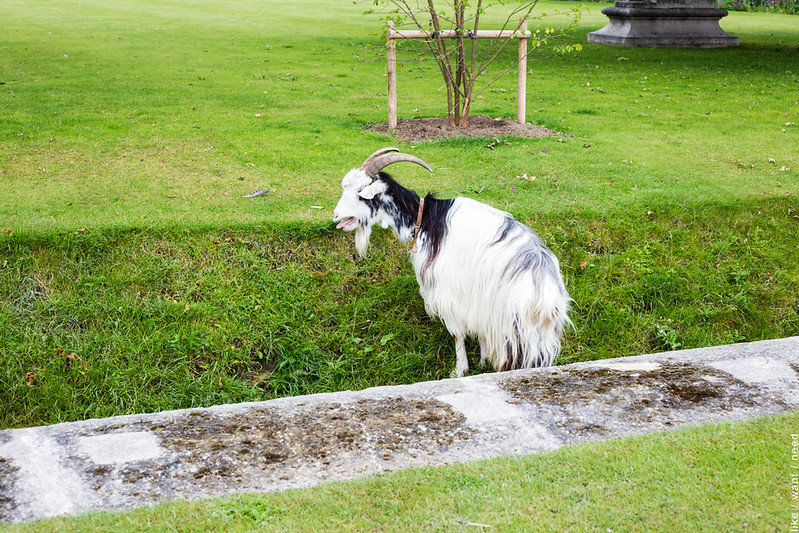 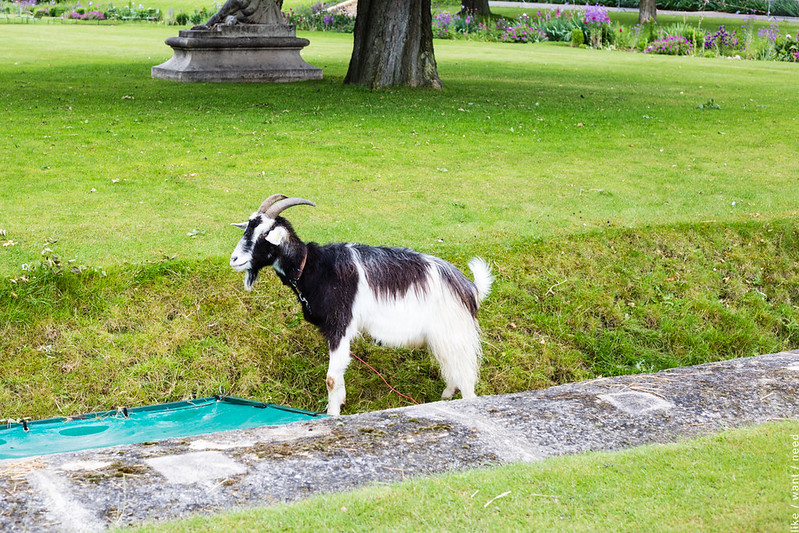 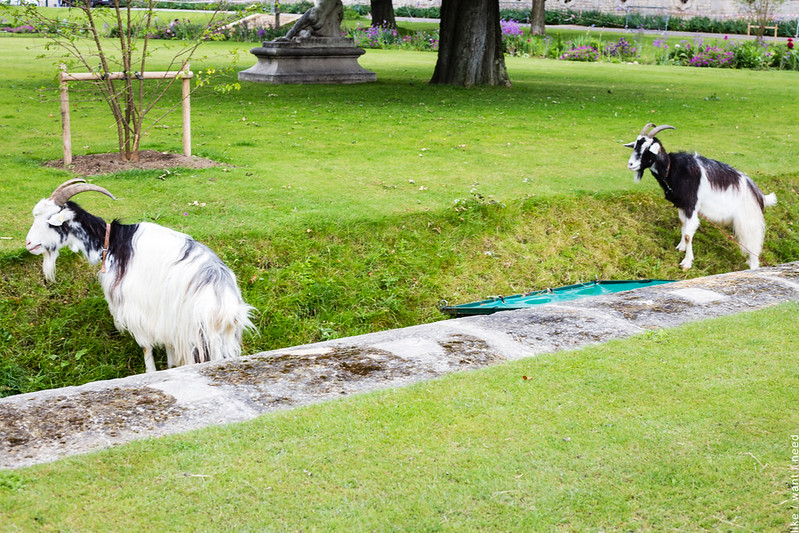 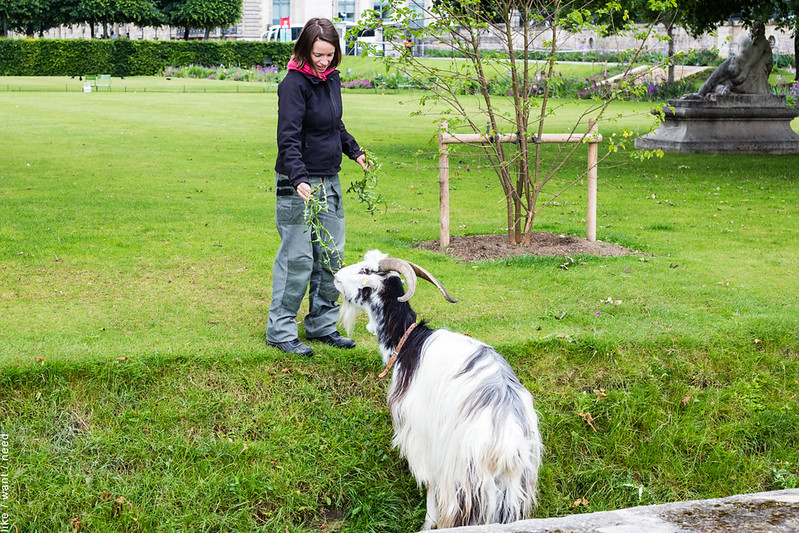 In case you were curious as to how they keep the grass in the Tuileries so expertly trimmed and free of weeds, allow me to introduce you to Berenice and Gaston, Official Goat Lawn Mowers of the City of Paris. Okay, full disclosure, I made up their names and titles. I don’t know whether they were male or female goats, or whether there is such a thing as the Official Goat Lawn Mowers of Paris, but just go with it, because when you stumble upon two goats eating in the middle of the most tourist’ed park in the city, your brain kind of runs amok with glee. I was minding my own business one gray afternoon, cutting through the jardins on my way to Pont Royal to cross into Saint-Germain, when I heard a strange baa’ing noise. The Tuileries, as you’ll remember, have a certain magic when it comes to animals, but never in my wildest dreams did I imagine I’d see goats (GOATS!) on leashes. The best part was that since they were off to one side, away from the main pathway leading to the Louvre, hardly anyone else was around to witness this fantastic agrarian marvel.

Berenice, the white goat, kept baaing that weird throaty rattle goats have, until a handler came over and fed her a nice long dandelion weed. In between her baaing I kept hearing a crazed, childlike giggle, and only when I looked around did I realize the sound was coming from me. Oh, city kids. We are delighted by the simplest things. Who knew I loved goats?